Time to take stock of President Biden, as he reaches his 100-day mark this week. Indeed, among presidents since the Great Depression struck, Mr. Biden ranks second only to Franklin Delano Roosevelt in the number of executive orders and other substantive proclamations in the first 100 days. 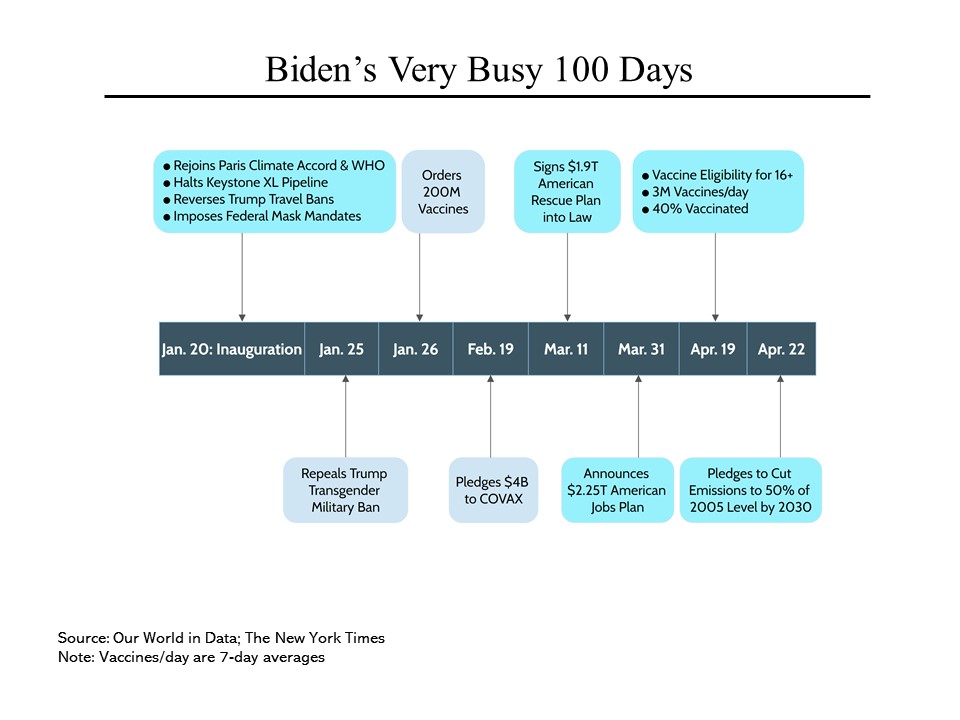 That’s captured only in part by this timeline. Addressing the pandemic has certainly been at the top of his “to do” list while unveiling his economic packages has run a close second. Even before his inauguration, he unveiled the first of his three economic packages, the American Rescue Plan. His “Day One” initiatives were focused on undoing some of former President Trump’s most reviled actions, from reversing the former president’s travel ban to halting construction of the Keystone XL pipeline. Since then, the pace has not slackened. Shortly after the ARP was signed into law, he announced his $2.25 trillion American Jobs Plan, focused – albeit far from exclusively – on infrastructure. And then just last week, he released a new climate pledge – to cut our emissions by 50% by 2030 (a more robust objective than the 26% to 28% cut by 2025 set by former President Obama). 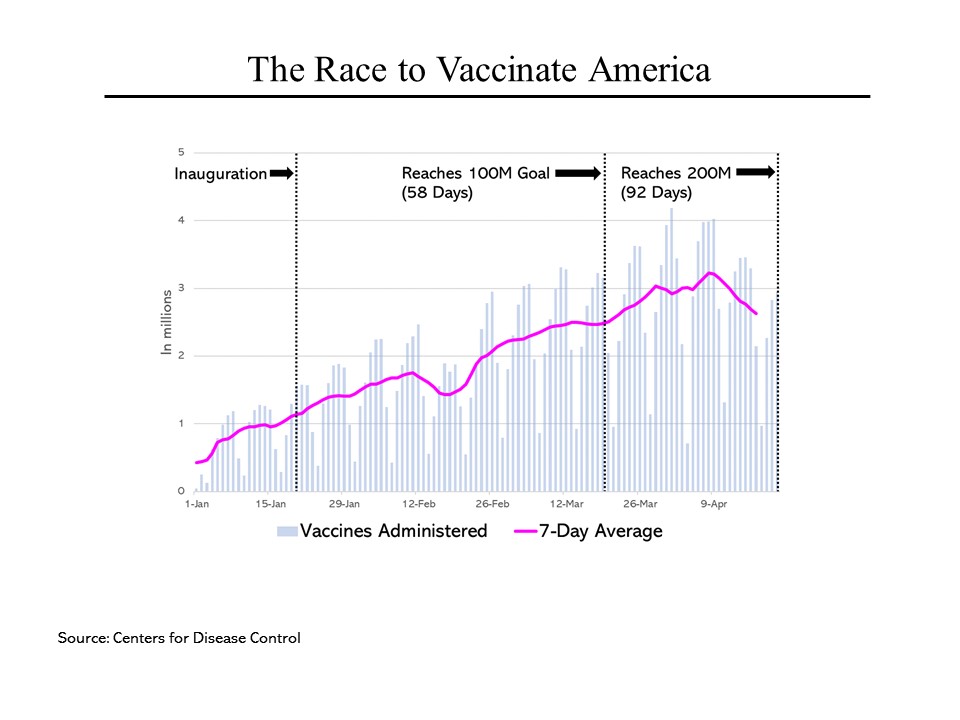 When President Biden was inaugurated, the nation had just hit 1 million vaccinations a day, which led some observers to challenge the new president’s objective of 100 million vaccinations in 100 days as overly conservative. But even the president’s critics may have been surprised when that 100 day goal was achieved in just 58 days, as the vaccination rate reached 2.5 million Americans a day and then continued to accelerate. Indeed, before 100 days had passed, the new administration had reached 200 million shots administered. (The recent downturn is likely to relate to the pause in administering the Johnson & Johnson version as well as a significant amount of vaccination hesitancy among those remaining.) 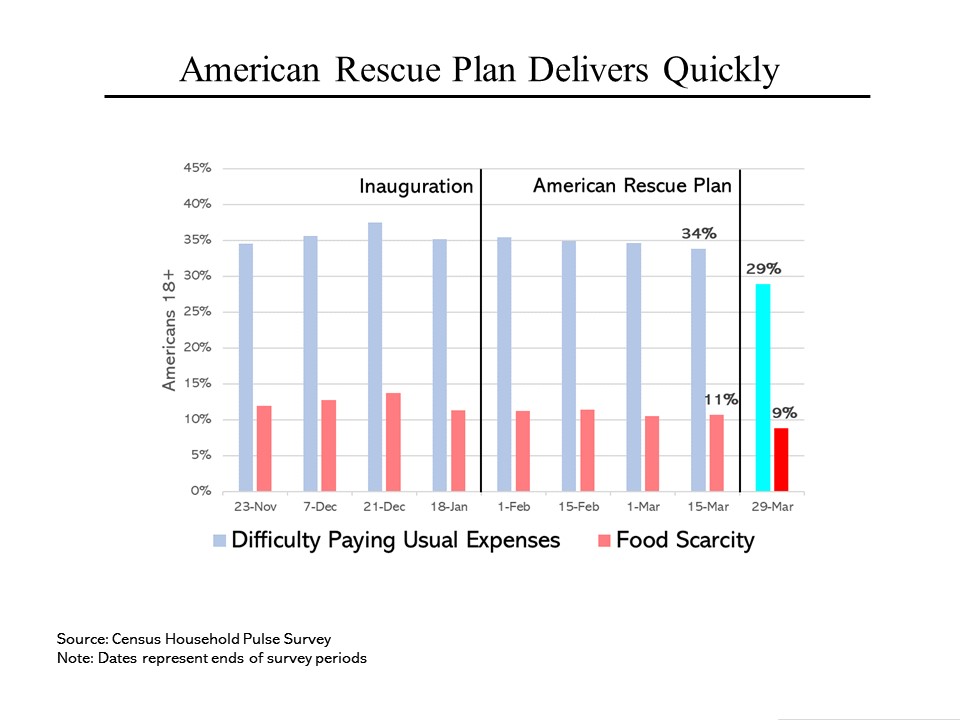 Almost exactly since Inauguration Day, economic data – particularly jobs and projected economic growth – has moved in a positive direction. Democrats and Republicans are likely to disagree about how much of that is due to the new administration versus the effects of steps taken by the prior administration. But without doubt, Americans have begun feeling better about the economy. A Census Bureau survey, for example, found that soon after passage of the American Rescue Plan, the percentage of American adults reporting difficulty paying usual household expenses and the share saying they were suffering from food scarcity had dropped to the lowest levels since the Census Bureau began asking these questions during the pandemic.