Last Friday’s unexpectedly strong jobs report was the latest indication that the economy is reopening, as more and more Americans have become vaccinated and case counts have fallen from January highs. 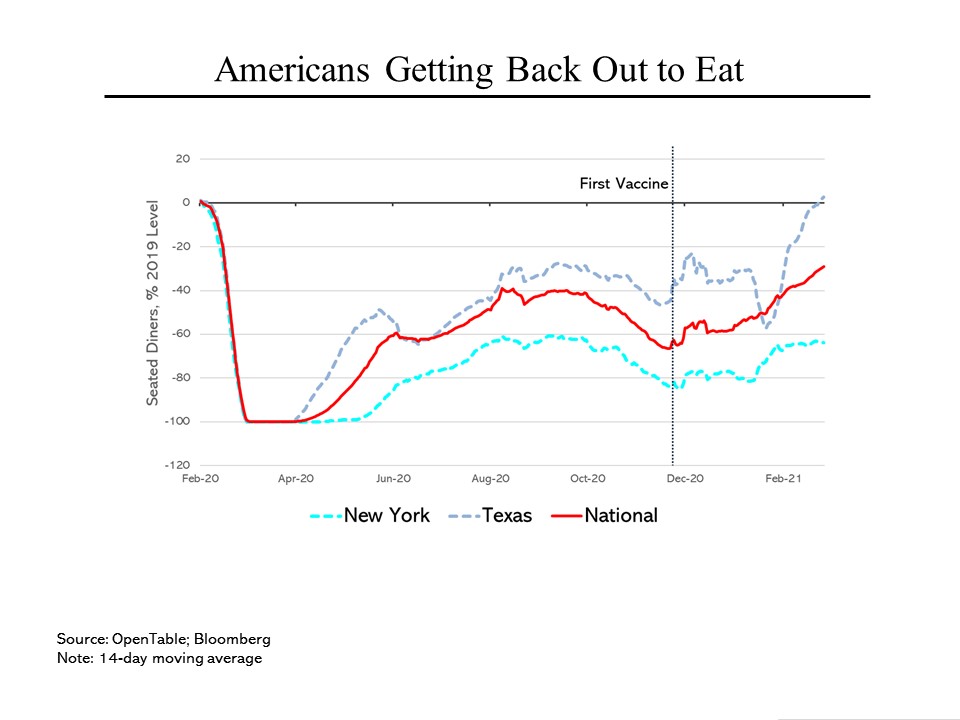 One measure of reopening is how many Americans are going out to eat, which has been hitting pandemic highs. A year ago (as shown on the left hand side of this chart) the total was close to zero. By the fall, restaurant visits were running about 40% below 2019 levels. The second wave pushed that down but coincidentally or not, since the first vaccinations, the figure has been climbing to about 25% below 2019 levels. Interestingly – but not surprisingly – the national average obscures significant state-by-state variations. New York is still more than 60% below 2019 while both Texas and Florida are now exceeding that benchmark. Related measures, like how much time Americans spend outside of their homes, is showing similar improvement. 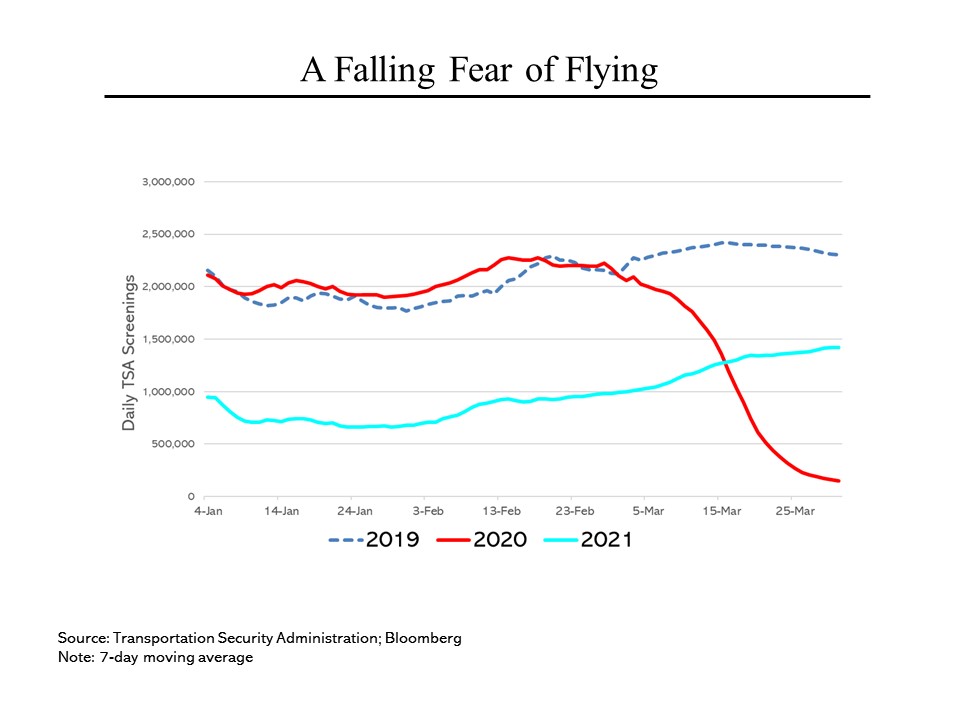 Air travel has been showing similar – albeit less pronounced – improvement. (This chart covers the first quarter of each of the past three years.) The red line shows the drop last year to near zero air travel. The dashed blue line shows the last normal year, 2019. And the solid blue line shows that we are slowly closing the gap; passenger counts are now running just under 1.5 million per day, about 40% below 2019 levels. Easter weekend saw record pandemic-era traffic – nearly 1.6 million passengers a day passed through TSA checkpoints. As with restaurant visits, the extent of recovery has varied across the country, with the sunbelt and Rocky Mountains performing far better than the northeast, the Midwest and the west coast. 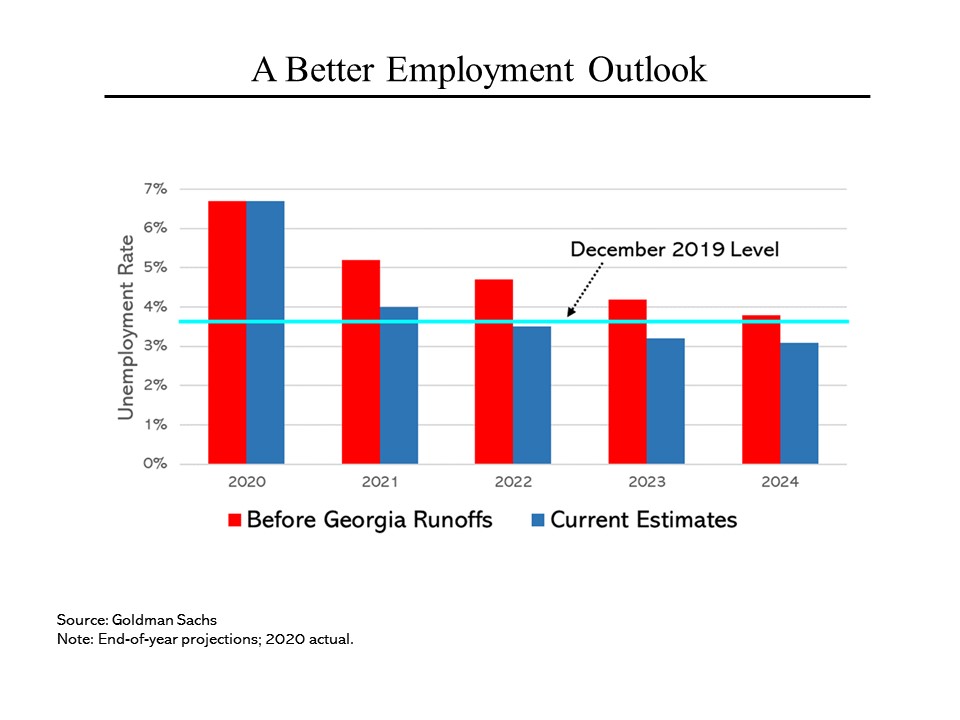 Even before Friday’s jobs report, economists were raising their estimates for unemployment and GDP growth, in large part because the Democratic takeover of the Senate meant that substantial additional stimulus would be pumped into the economy. At the end of last year, Goldman Sachs was projecting that the unemployment rate would not return to the December 2019 level of 3.6% until the end of 2024. Now the firm expects that to occur almost two years earlier. Similarly, Goldman now expects GDP to grow by an amazing 8% this year, compared to its earlier forecast of 5.6%.

This rosy outlook notwithstanding – and even with Friday’s numbers – we have only recovered 63% of the jobs lost during the downturn.