On MSNBC’s Morning Joe today, Steven Rattner recounted the explosion of debt that’s taken place under the Trump Administration – an upward trend sure to continue regardless of who takes office in 2021.

Late last week, the Treasury Department released final budget numbers for the government’s fiscal year, which ended Sept. 30, and the figures were stunning. 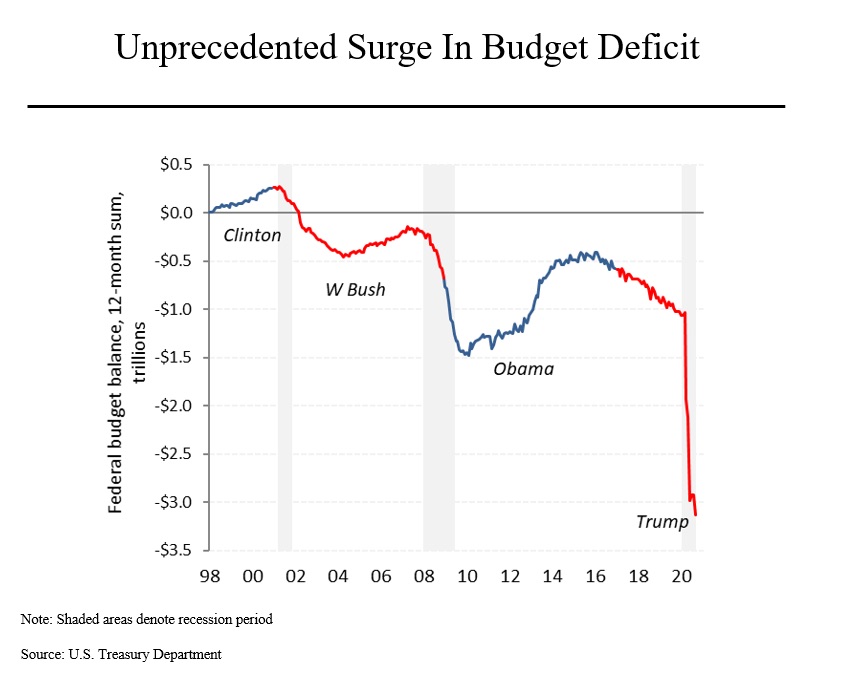 During that 12 month period, the federal government ran a $3.1 trillion deficit, more than triple the prior year. That was in large part, of course, due to the Covid virus and the more than $2 trillion of emergency spending approved by Congress. But the pandemic was not the only culprit. Well before the virus struck, the Trump administration and Congressional Republicans had already enacted a massive tax cut while spending was growing at a brisk clip. As a result, the deficit, which was $587 billion in the year before Trump’s inauguration had already grown to just under $1 trillion in the 2019 fiscal year.

Putting this in historical context, when Bill Clinton left office in 2001, the nation’s budget was in surplus for the first time since the 1960s. A recession, two tax cuts and growing spending caused deficits to recur during George W. Bush’s presidency. Then came the financial crisis, which led to its own rounds of emergency spending and a deficit that nearly reached $1.5 trillion. At the low point during his tenure, Barack Obama had succeeded in cutting that by nearly two-thirds. 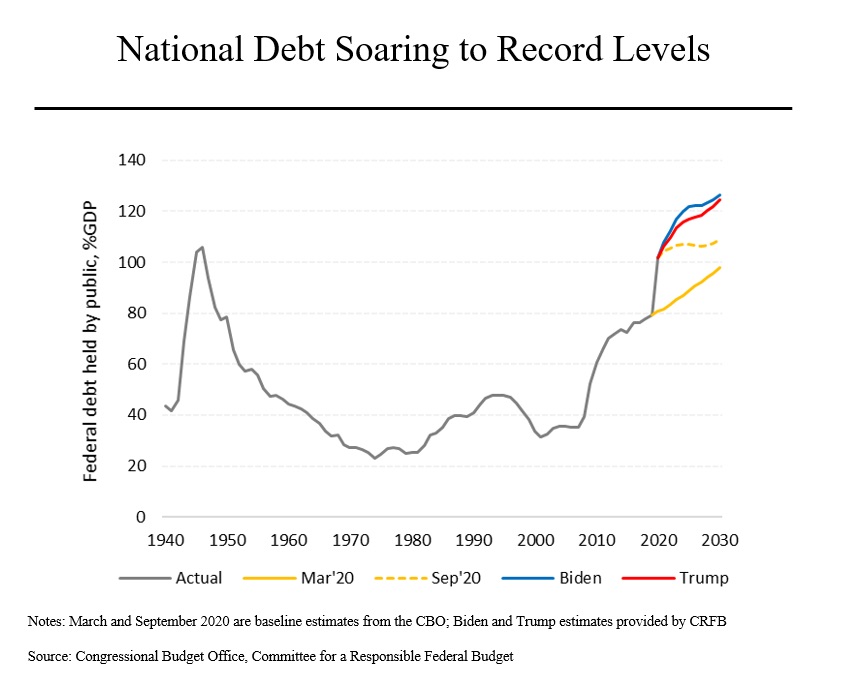 Bigger deficits of course mean more debt. Rampant recent borrowing has pushed the ratio of debt to gross domestic product to over 100%, the first time that level has been breached since World War II. And there is no end in sight. With the pandemic still raging, both progressives and conservatives agree that government needs to continue to spend to maintain the economy. Indeed, according to the Committee for a Responsible Federal Budget, the Trump plans and the Biden plans would both add roughly the same amount of additional debt and would take the debt to GDP ratio to 125% or more. As recently as March, the Congressional Budget office was expecting the ratio to remain below 100% until at least 2030.