The Inflation Reduction Act Is the Compromise We Need

The Senate has put off its planned adjournment today (Friday) to continue work on its big domestic Schumer/Manchin package, the successor to Build Back Better. The new bill is, of course, not perfect but it is a vast improvement over B.B.B. and deserves to be enacted promptly. 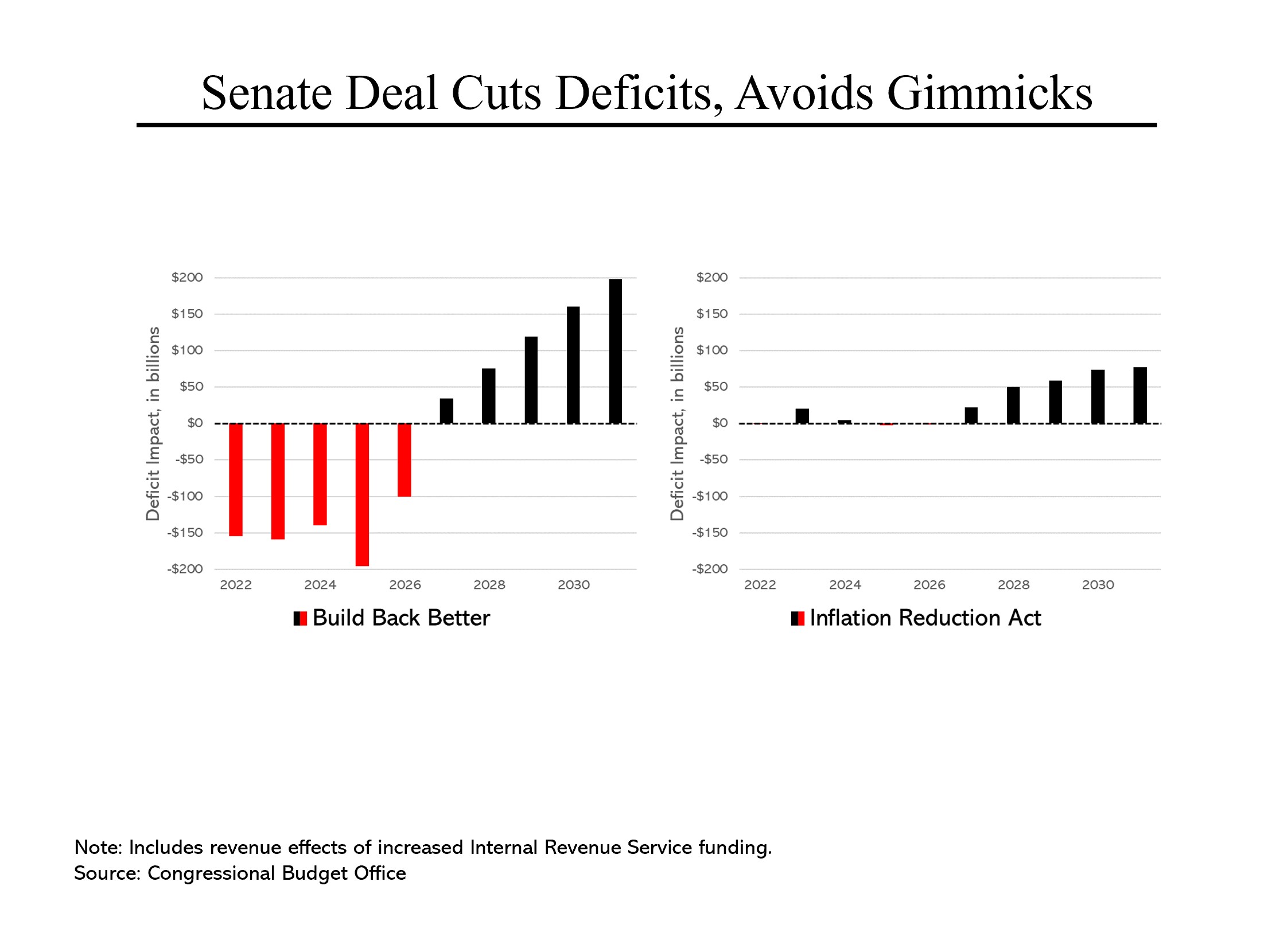 For starters, B.B.B. would have increased the deficit by $750 billion over the first five years, adding to our inflationary pressures. While it would have then raised $590 billion in the second five years, that figure includes a variety of gimmicks, particularly assuming that some of its most popular and important initiatives, such as the enhanced child tax credit, were allowed to expire. In contrast, Schumer/Manchin would be essentially budget neutral in the first five years and then produce almost $300 billion in deficit reduction in the second five years, without gimmicks. 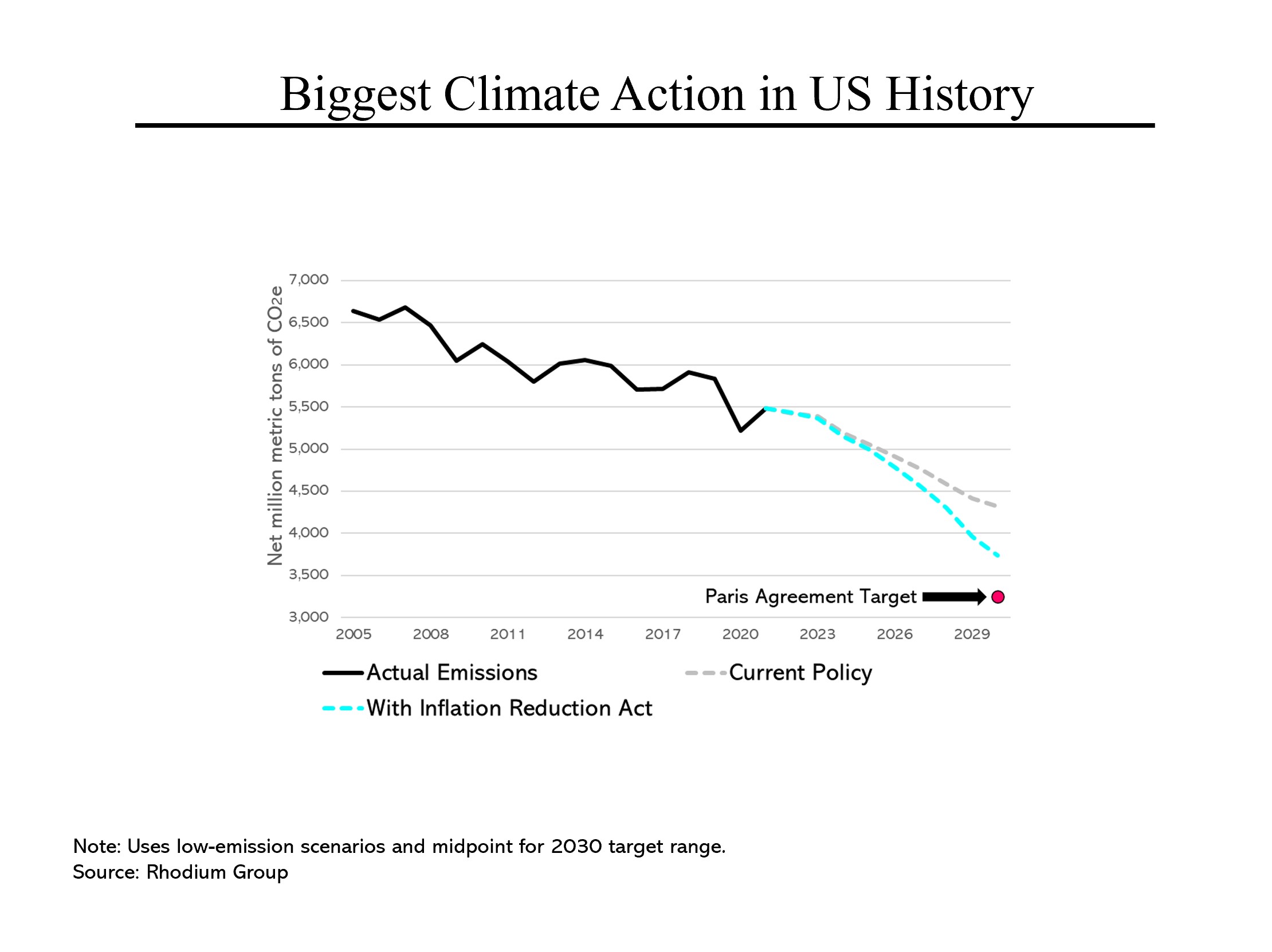 What B.B.B. and Schumer/Manchin had in common was an aggressive push on meeting our emissions commitments under the Paris Agreement. Without action, we would miss these commitments by a wide margin. The new legislation would essentially make up about half of the gap between our commitment and our current projected carbon emissions in 2030, bringing our CO2 emissions down by 44% of what they were in 2005. The plan would mostly use the tax code – incentives and penalties – to meet this target, a better approach than government spending programs or excessive regulation. 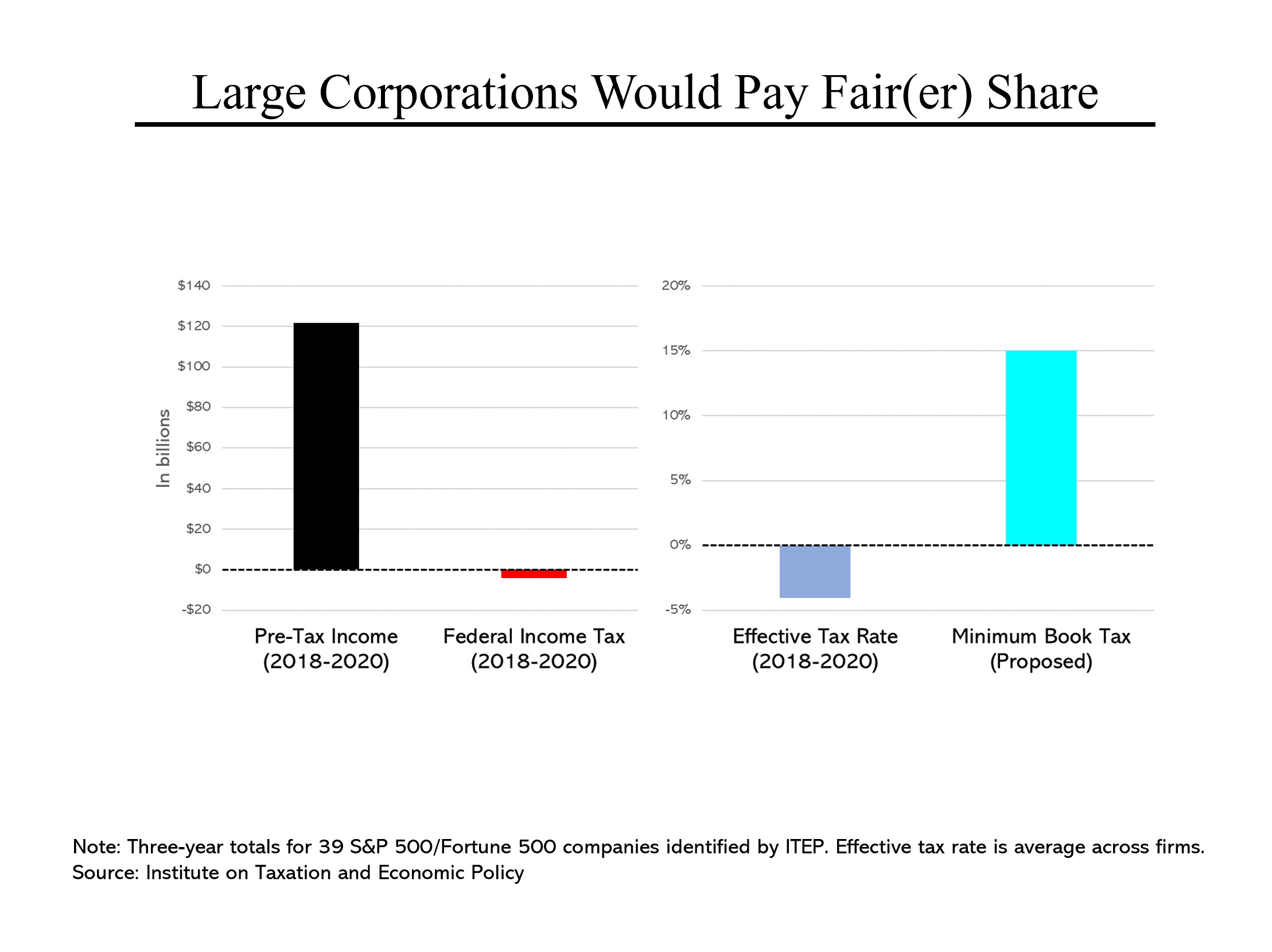 To offset these costs, the plan includes a number of tax increases, most importantly, a 15% minimum tax on large corporations. The 2017 Trump tax cut (known as the TCJA) provided huge business tax reductions, leading to many companies paying little or no corporate income tax. A recent analysis by the Institute on Taxation and Economic Policy found that 39 major companies – including FedEx, T-Mobile and Salesforce – paid no federal income taxes between 2018 and 2020. (Indeed, they collectively received $4.2 billion of tax refunds from prior years.) The new provision would require companies with profits of $1 billion or more to pay at least 15%. This would generate more than $300 billion of revenue over the next decade.