Why Won’t Congress Pay to Build Back Better?

On MSNBC’s Morning Joe today, Steven Rattner charted the budgetary impacts of the House-passed Build Back Better Act, a bill filled with worthy programs and policies but lacking in much-needed fiscal discipline.

There’s much to like in the House-passed Build Back Better plan: the child tax credit, universal pre-K, paid family leave, prescription drug pricing controls and much more. But there are also important concerns that need to be recognized: its impact on the deficit, the debt and importantly, the current inflation rate. While the Congressional Budget Office says that the legislation would only add $167 billion to the deficit (and the White House says it would add nothing), that may well not prove true. 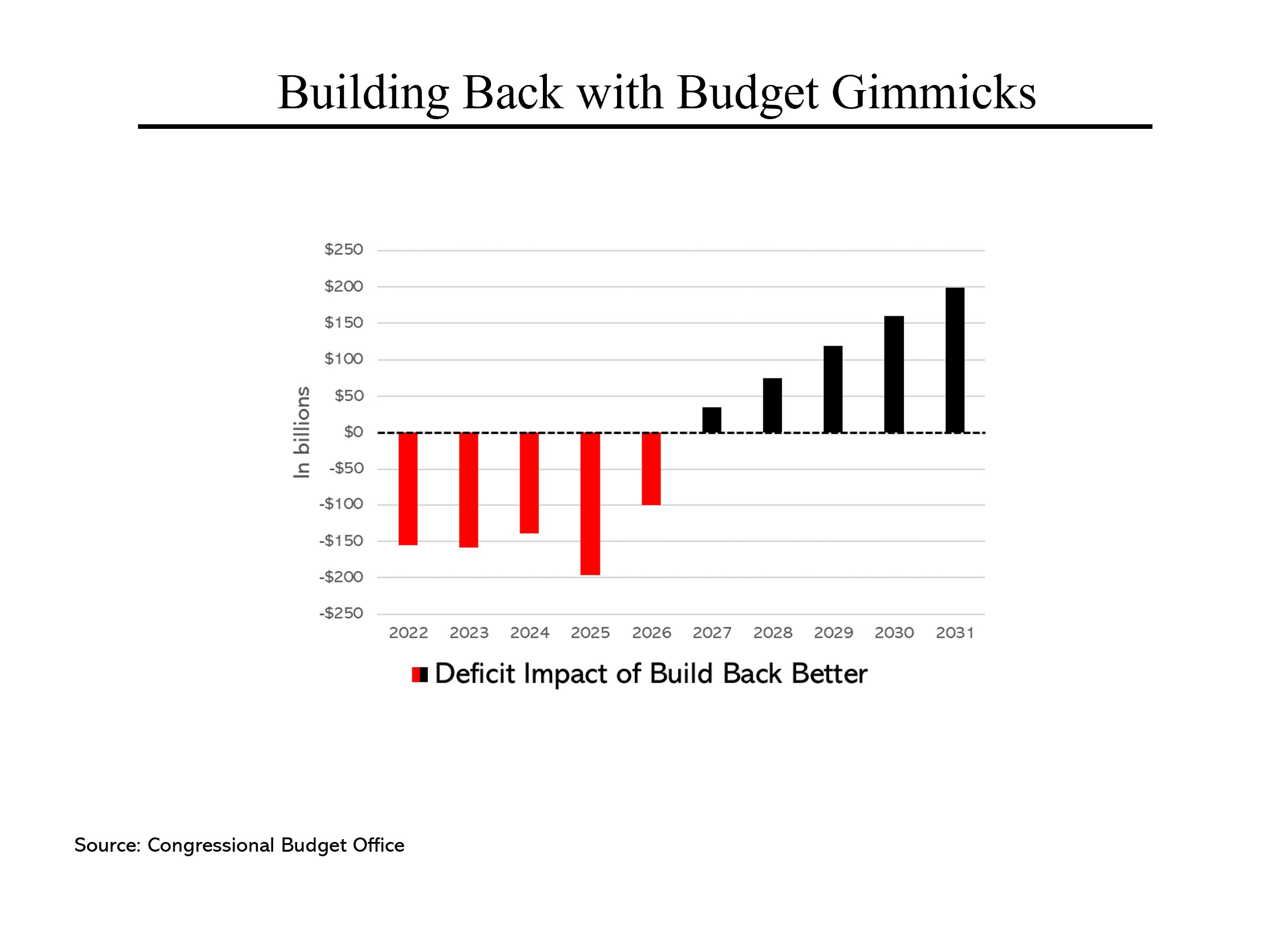 For one thing, the new spending authorized by the BBB plan is front loaded while a majority of the revenues arrive later in the 10-year budget window. As a result, the deficit would rise by about $150 billion or more over each of the next four years. With next year’s deficit projected to be $1.2 trillion (before considering BBB) that constitutes more stimulus and hence more inflationary pressure in an economy where prices rose 6.2% last month over the same month a year earlier.

Under the BBB plan, the higher spending in the next few years is eventually offset by smaller deficits but not until many years from now. 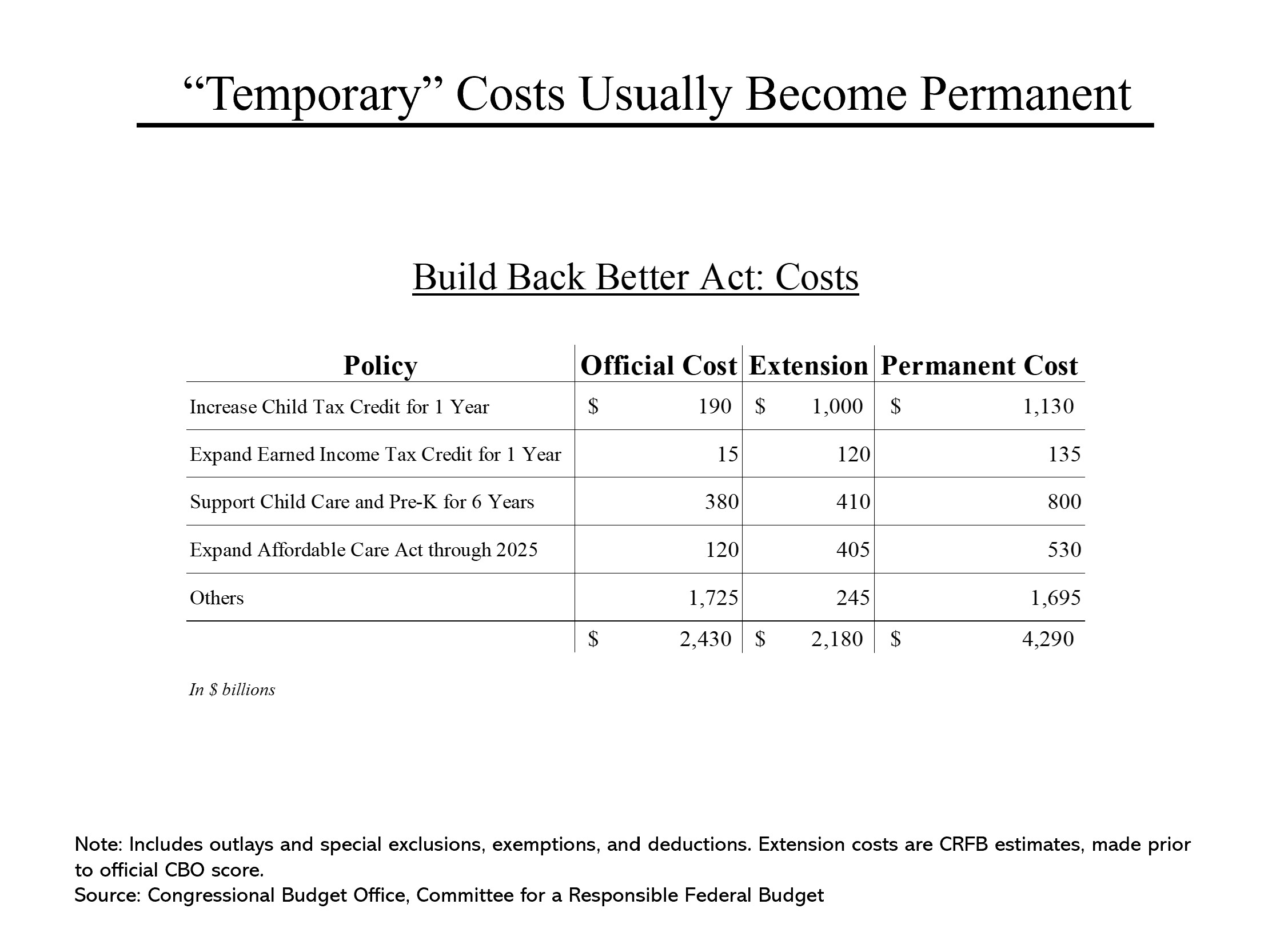 The bigger problem is that to keep the plan from adding even more to the deficit, several programs were mandated to expire in just a few years: the child tax credit and expanded earned income tax credit in just one year, child care and pre-K in 6 years and the expansion of the Affordable Care Act in 4 years. It would seem unlikely that these programs would actually be allowed to end, some in just one year. Extending all of them for the full 10 years of the budget window would cost an additional $2.2 trillion. 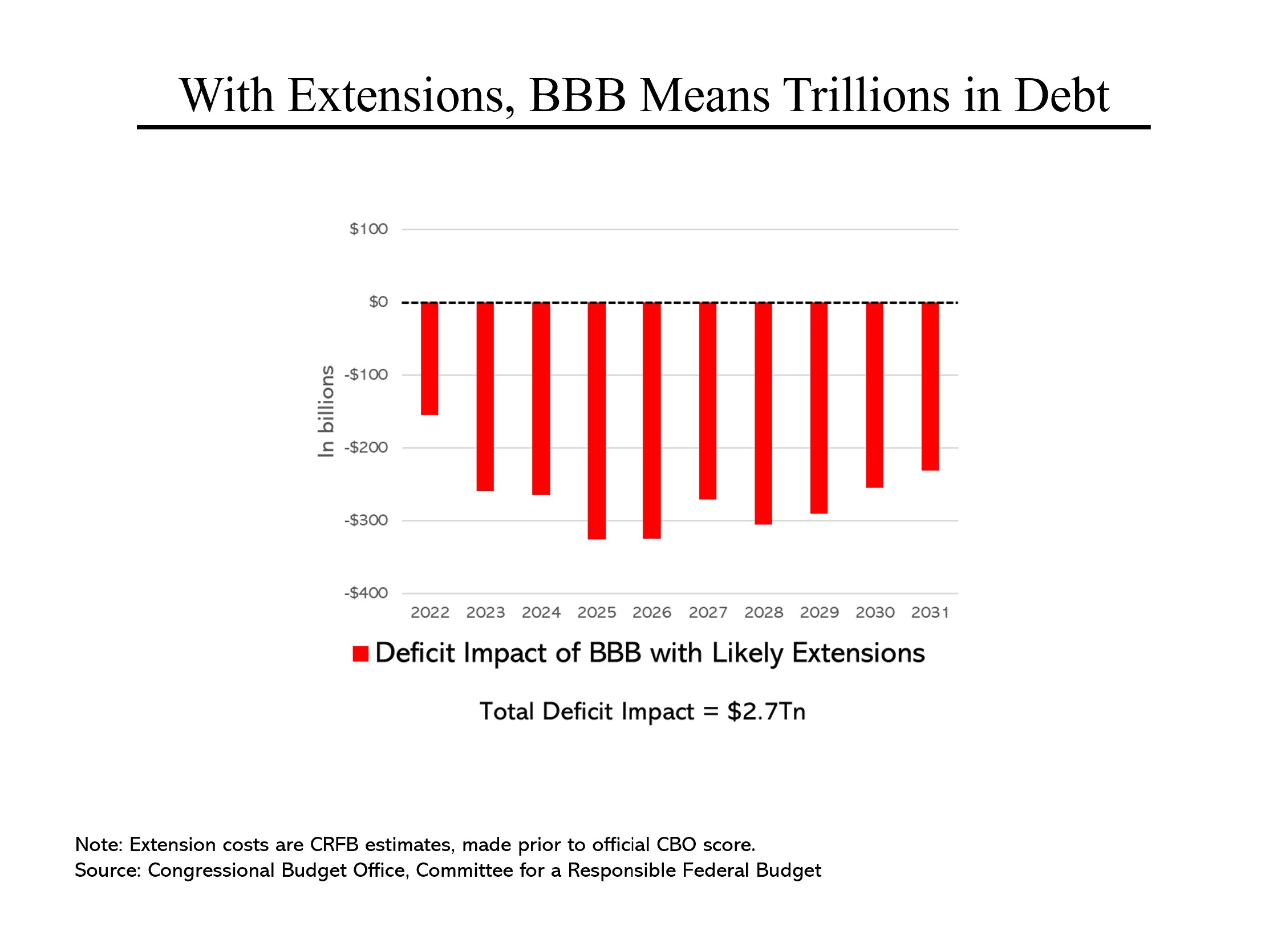 Here’s what the Build Back Better plan looks like if you assume that temporary Build Back Better programs are extended for the full 10 years: deficit increases of more than $200 billion a year starting in 2023 and a $2.7 trillion increase in the national debt.