On MSNBC’s Morning Joe today, Steven Rattner discussed the latest worrisome trends in inflation and explained why in the near term, prices are likely to go even higher.

Last week’s Consumer Price Index release was complicated by the economic effects of the pandemic. But what has become clear from all the available data is that inflation is occurring and prices are likely to rise significantly over the near-term. 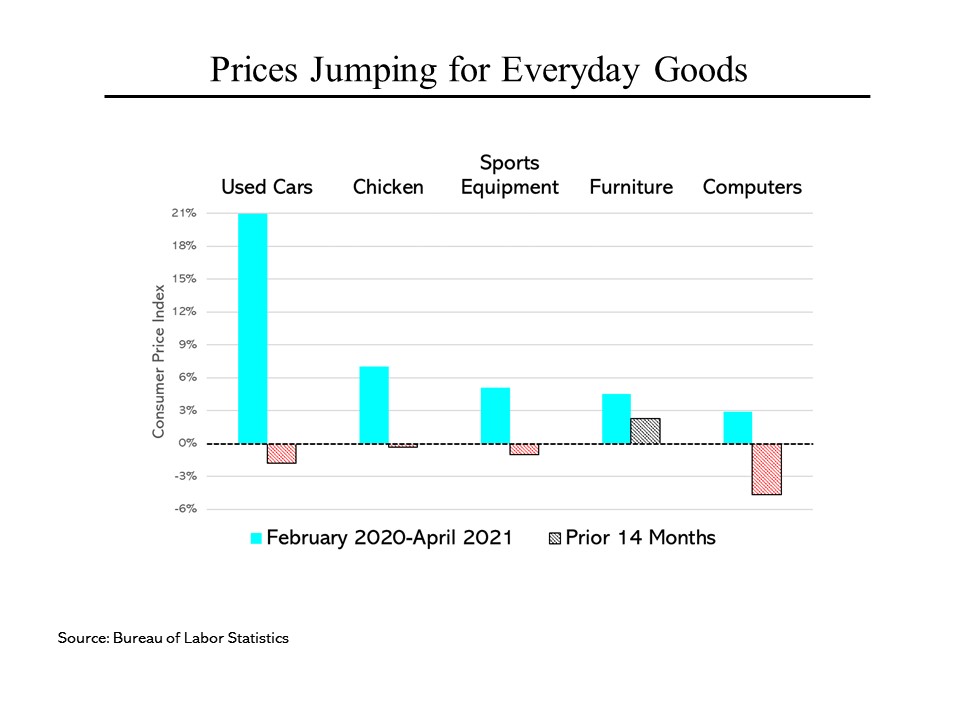 The cost of many items bought by consumers have already increased meaningfully when compared to pre-pandemic levels. For example, used car prices, which were falling before the pandemic, have risen by 21% over the past 14 months, (partly because of shortage of new cars, which in turn is at least partly a consequence of supply chain shortages, particularly of semiconductors). Chicken rose by 7% over the same 14 months, somewhat due to weather issues in Texas and also because chicken producers say they are having trouble recruiting employees. Prices of sports equipment (more home gyms!) and furniture (lots of pandemic redecorating) rose more slowly but still substantially above the Federal Reserve’s long-term inflation target of 2%. Even computers, which historically have fallen in price as production has grown more efficient, were up nearly 3% over the 14 months. 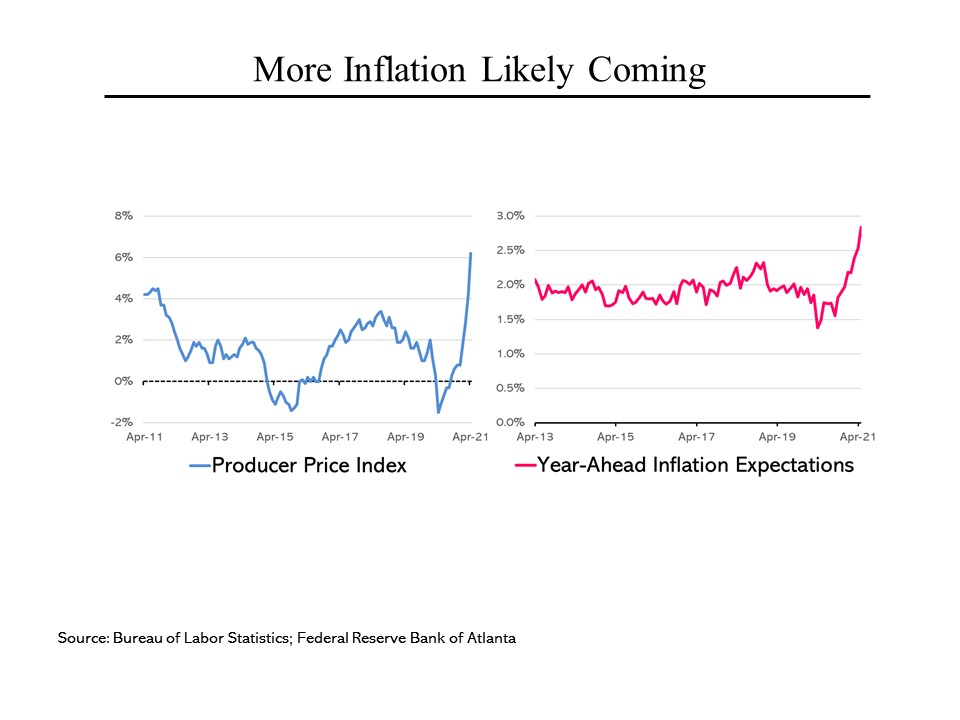 Forward looking indicators suggest more inflation. Producer prices (formerly known as wholesale prices) rose 6.2% in April, compared to the prior year. As those increases work through supply chains, expect bigger increases at the retail level. Commodities have risen particularly sharply. Since the beginning of 2020, copper and corn have roughly doubled, while iron has risen by 2 ½ times and lumber is up three times, thanks largely to the housing boom. Meanwhile, future inflation expected by business has also jumped, from roughly 2% to nearly 3%. That may not seem enormous but the experience of the 1970s suggests that inflationary expectations can soar quickly and can be difficult to reverse. 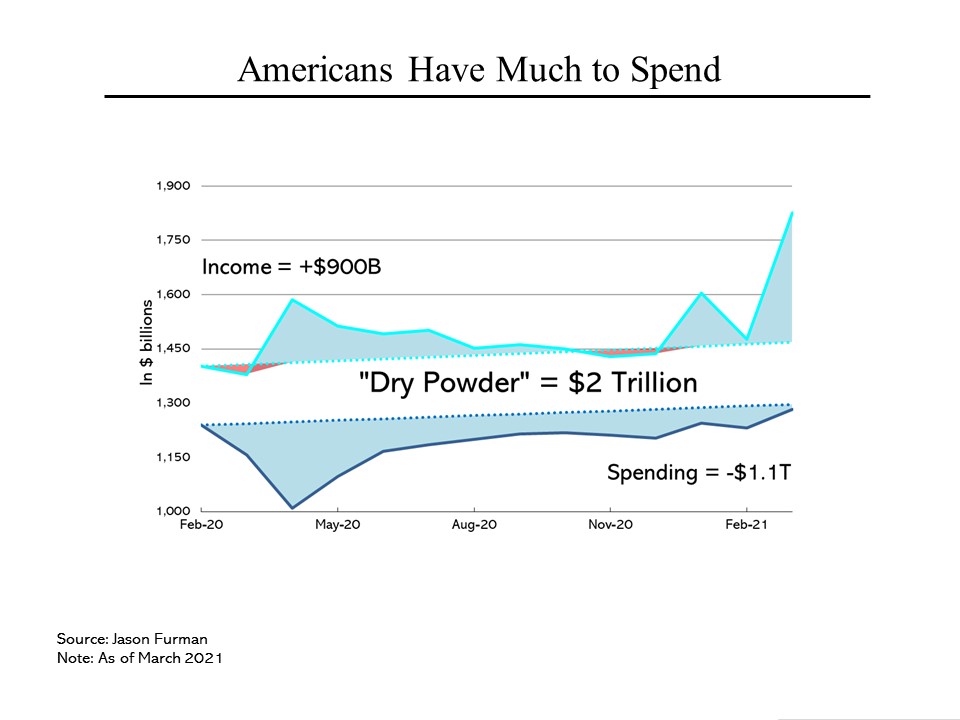 Another worrisome indication of potential inflation is the amount of unspent money (“dry powder”) sitting in Americans’ bank accounts. Perhaps surprisingly, last year, overall personal income was about $900 billion above the long term trend rate in large part because of the three rounds of stimulus payments made by Washington since the pandemic began. Meanwhile, reduced mobility has meant less spending, roughly $1.1 trillion below trend. With virus-related restrictions disappearing rapidly, Americans are likely to start spending more, which raises the specter of more inflation.