Morning Joe Charts: The Trump Economy Is No Miracle

President Trump summoned the television cameras to the South Lawn on Friday to extol the second quarter GDP figures and the overall state of the economy. While no one can dispute that the economy continues to recover and add jobs, a number of Mr. Trump’s assertions were false or exaggerated. 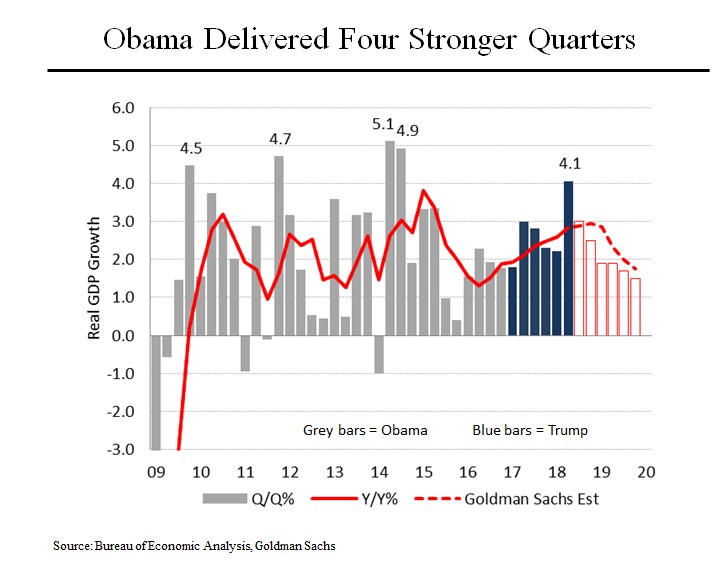 First, as this chart shows, a growth rate of 4.1% in a single quarter is high but hardly unprecedented. President Obama had four quarters of higher growth and several others of growth nearly as high. More importantly, the annual growth rate (shown in red) remains in the same range that it has been since the recovery took hold in 2010. Finally, it’s important to note that private economists expect the second quarter figure to be an aberration. Goldman Sachs projects a 3% growth rate for the third quarter and then continuing declines in the growth rate to less than 2%. 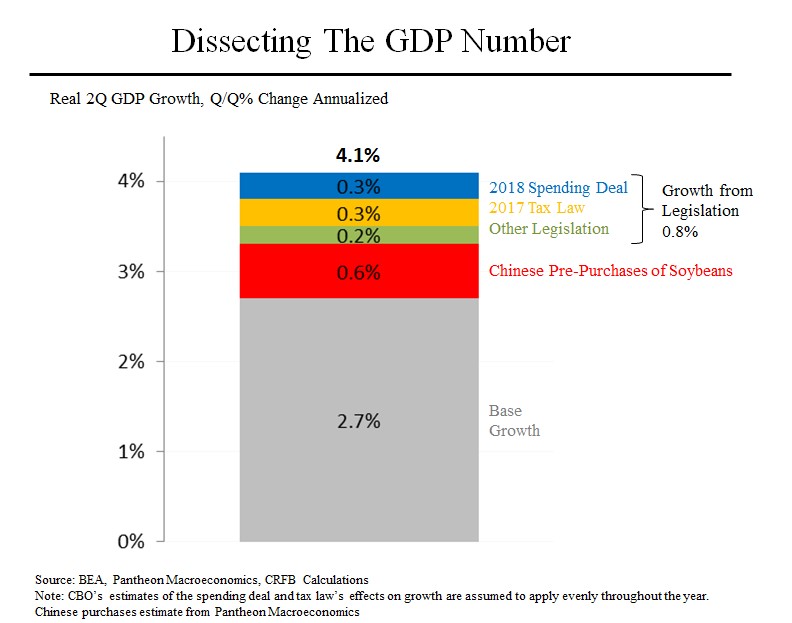 It’s also important to understand the role that one-time factors played in the second quarter GDP figures. Almost 1% of the total – 0.8%, to be exact – resulted from government stimulus, principally the tax cuts and spending increases that will more than double the federal budget deficit next year to nearly $1 trillion from what was previously projected. That includes Mr. Trump’s tax cut, the Republicans’ massive spending bill, and other legislation enacted on a bipartisan basis since 2015.

Another unusual factor in the second quarter figure is the surge in soybean exports to China, intended to beat the imposition of the tariffs by the Chinese that began in early July. This contribution will not be repeated, and lower soybean exports in future quarters may prove a drag on GDP.

Removing these special items results in a baseline GDP growth rate of 2.7%  – still reasonable, but substantially less than Mr. Trump is taking credit for. 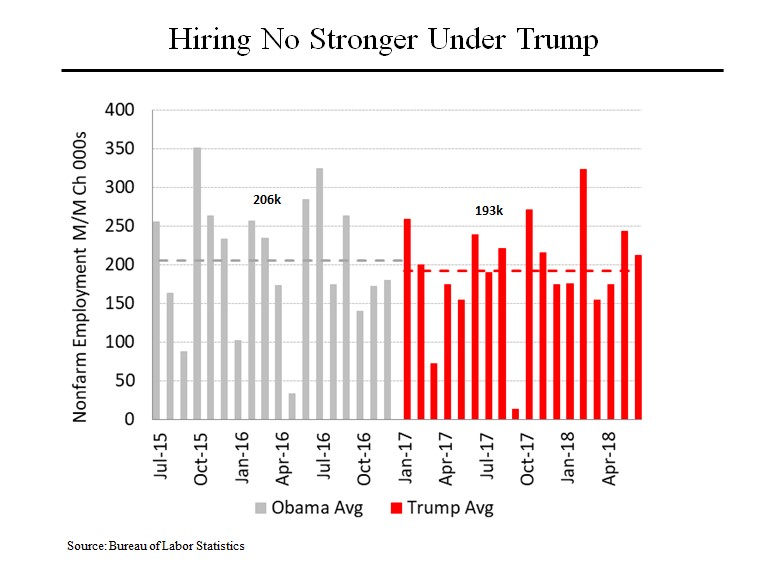 Mr. Trump’s claims about job growth also needs to be put in context. The nation has been adding jobs steadily since the recovery began early in Mr. Obama’s presidency. Indeed, the rate of job growth during Mr. Trump’s first 18 months in office (193,000 jobs per month) is slightly less than the rate at which jobs were added during Mr. Obama’s final 18 months (206,000 per month.) 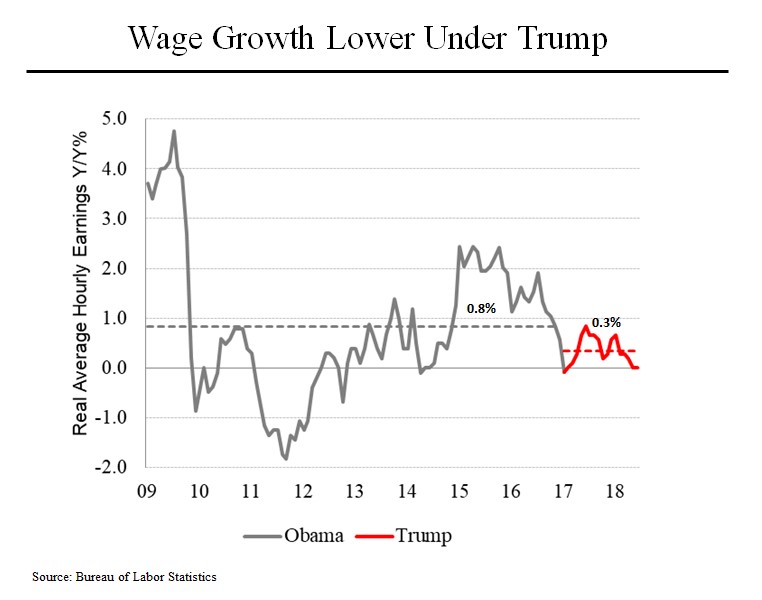 Mr. Trump made only a passing reference to wage growth. That’s because pay increases after adjusting for inflation have been far slower under Mr. Trump than under President Obama. Mr. Obama averaged real wage increases of 0.8%; Mr. Trump has averaged only 0.3%. And in part due to rising prices, particularly for gasoline, American workers have received no real pay increase at all in the past two months.