The Labor Department reported Friday that the Great American Jobs Machine grinds on – but paradoxically, that’s not good news for markets. And Americans continue to return to work slowly while inflation outpaces wage growth. 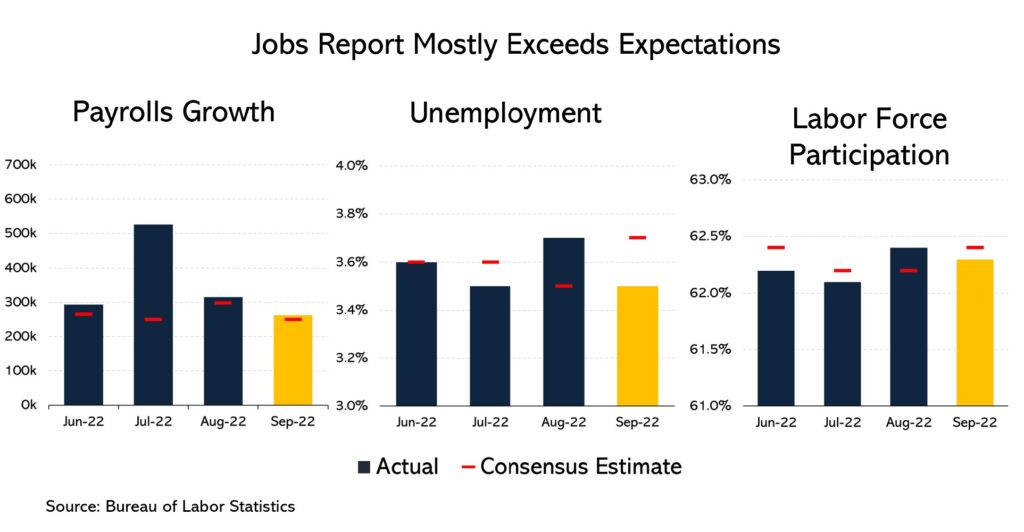 The nation added 263,000 jobs in September – continuing a long run of monthly job increases – while the unemployment rate fell to 3.5%, matching a 53 year low. That was excellent news – better than expected and more fodder for Democrats’ argument on the campaign trail that they have delivered robust prospects for American workers. But on the other hand, those workers continue to return to the job market more slowly than expected; a smaller percentage of Americans – 62.3% – were working or looking for work, a drop that was not anticipated by forecasters. (Before the pandemic, 63.4% of Americans were working or looking for work.) 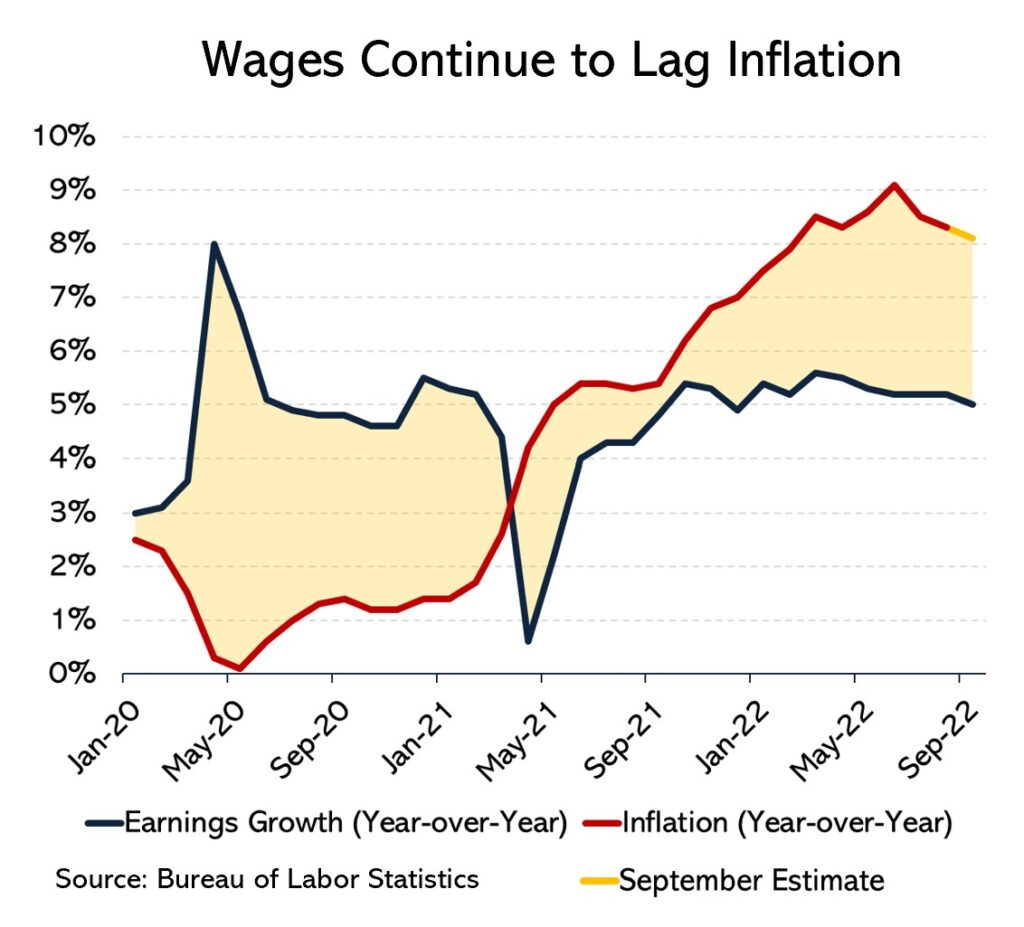 Meanwhile, growth in earnings decelerated slightly, to 5.0% in September above the level of a year earlier from 5.2% in August. That’s both good news and bad news. The bad news is that growth in earnings continues to fall below inflation. (We will get another reading on inflation from the Commerce Department on Thursday.) The good news is that for inflation to return to the Federal Reserve’s 2% target, wages must rise more slowly, more like 3% to 4%. 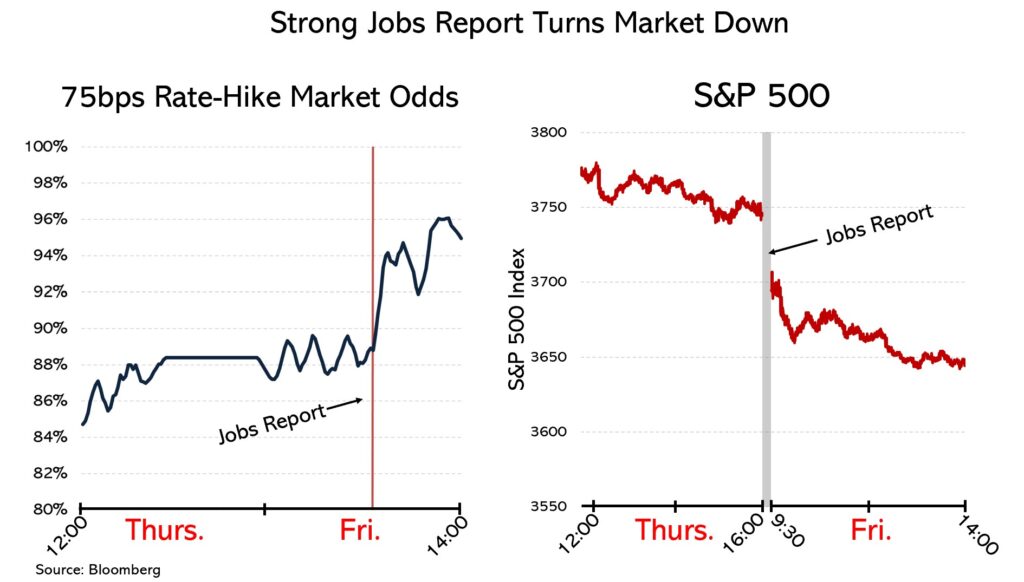 As soon as the new report was released at 8:30 on Friday morning, markets reacted. The credit markets went from around an 88% changes of a 0.75% interest rate increase when the Federal Reserve meets again later this month to more than a 95% probability of a fourth consecutive increase of that magnitude, the highest rate of increase since 1994. Higher interest rates are the enemy of the stock market because as rates go up, investors begin to shift their money from stocks to bonds and other fixed income instruments. Accordingly, the S&P 500 Index dropped sharply and continued dropping, with the market closing 2.8% below Thursday’s level.