Gasoline prices have fallen sharply, and that’s great news for both consumers and the Biden administration. But a labor shortage continues to bedevil businesses, forcing wages up and adding inflationary pressure to a wide range of other goods and services. 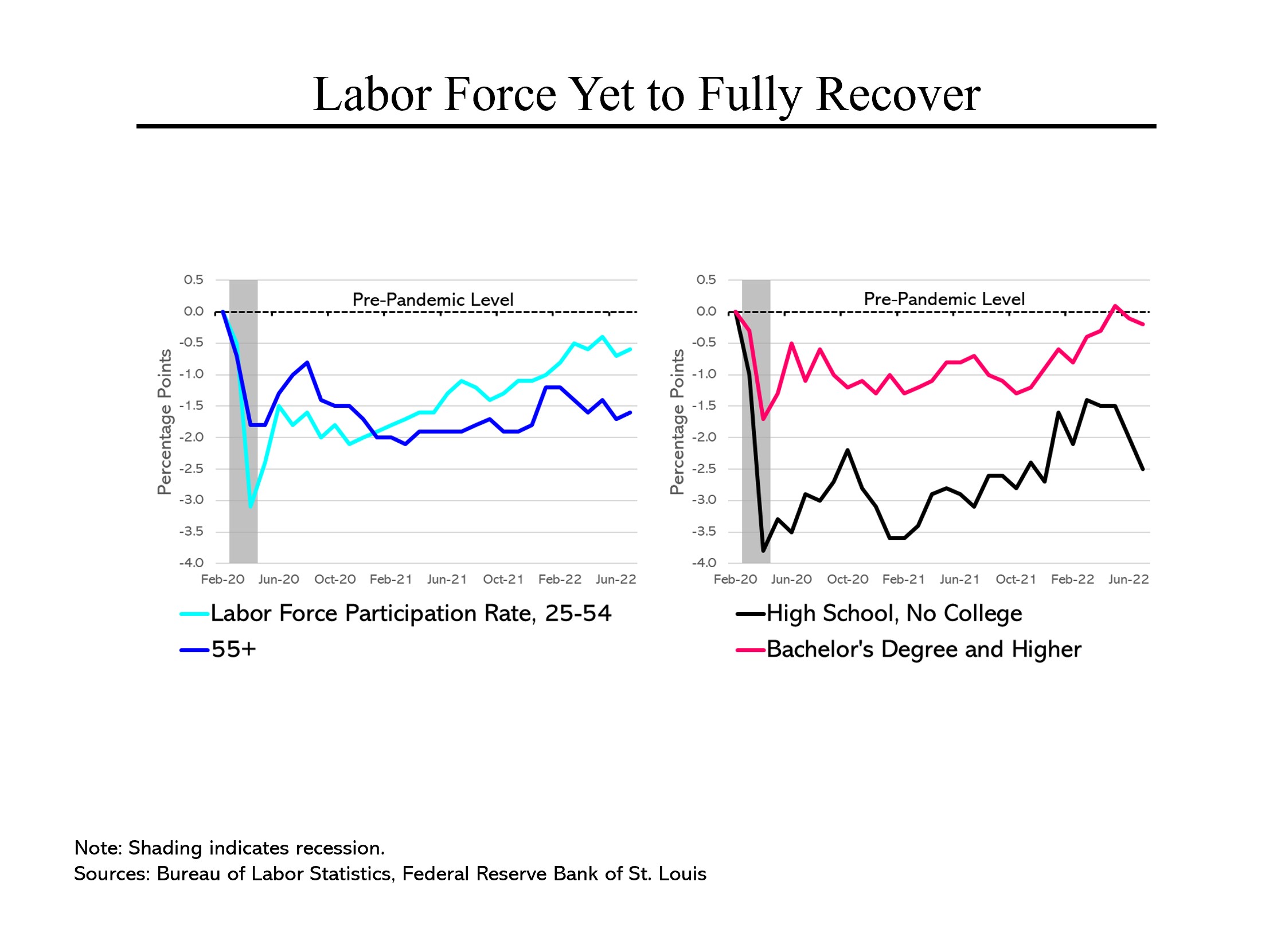 For starters, the Great Resignation continues. During the pandemic, millions of Americans dropped out of the labor force and while some have come back, the share of Americans either working or looking for work remains about 600,000 below pre-pandemic levels. This is particularly true for men and women older than 55; many of the dropouts appear to have decided to retire. As for the rest, what’s particularly mysterious is that the dropouts appear to be concentrated among Americans without a college education; those with a bachelor’s degree or more have largely returned to the labor force. Another factoid: More men than women have stopped working or looking for work. 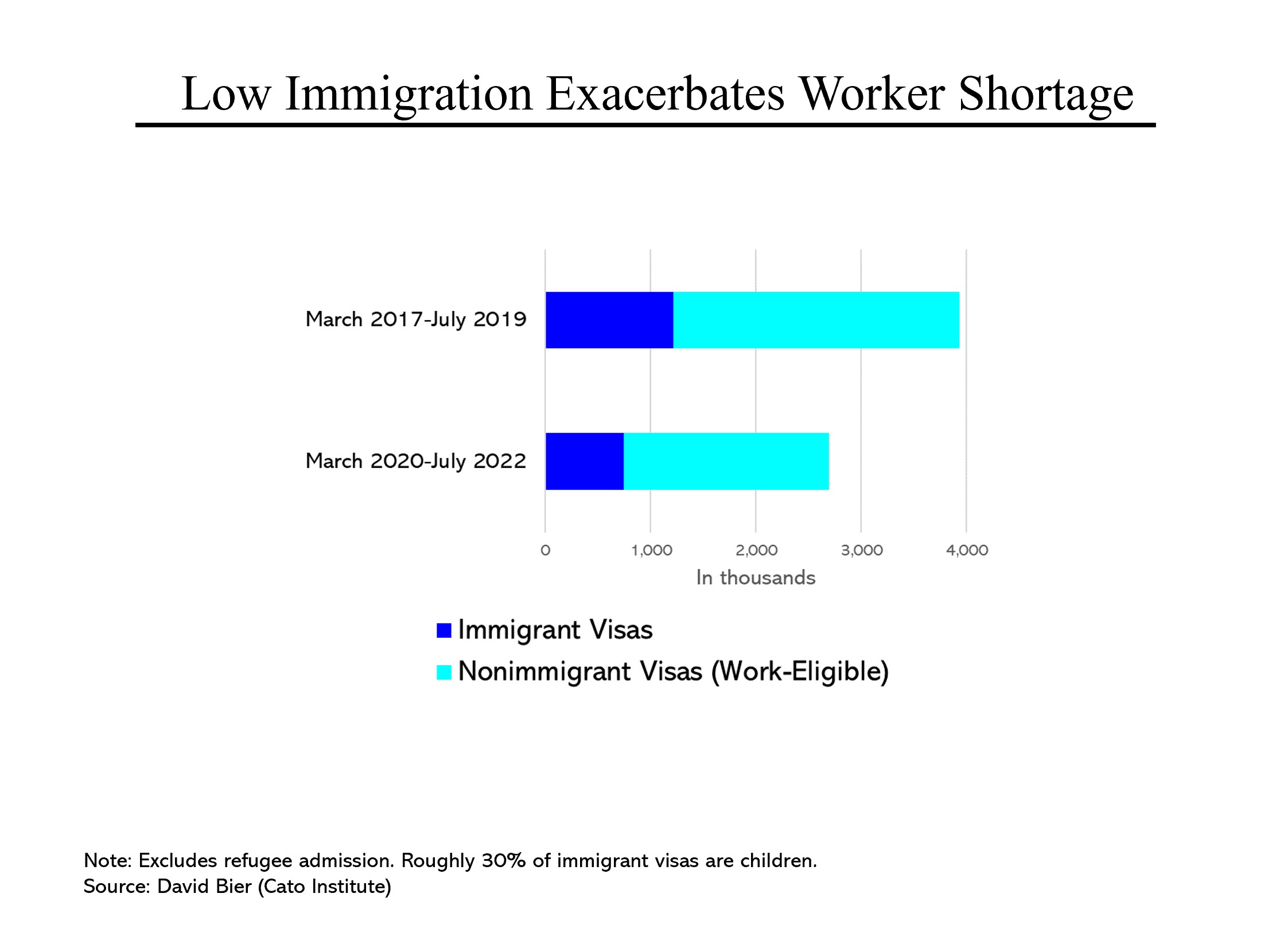 Another major contributor to the labor shortage has been the substantial curtailment of legal immigration during the pandemic. In the 29 months from March 2017 through July 2019, nearly 4 million visas with work eligibility were issued, just under 1/3 of them to permanent residents and the balance to temporary arrivals, like summer guest workers. In the 29 months beginning in March 2020, about 1.2 million fewer of such visas were issued. While some of those were to children, a likely 800,000 to 900,000 fewer non-citizens entered the labor force.

Happily, the number of visas appears to have normalized with the ebbing of Covid lockdowns. But much of the gap created by Covid likely remains. And to deal with an aging domestic workforce, we need to increase legal immigration to even higher levels than before the pandemic. 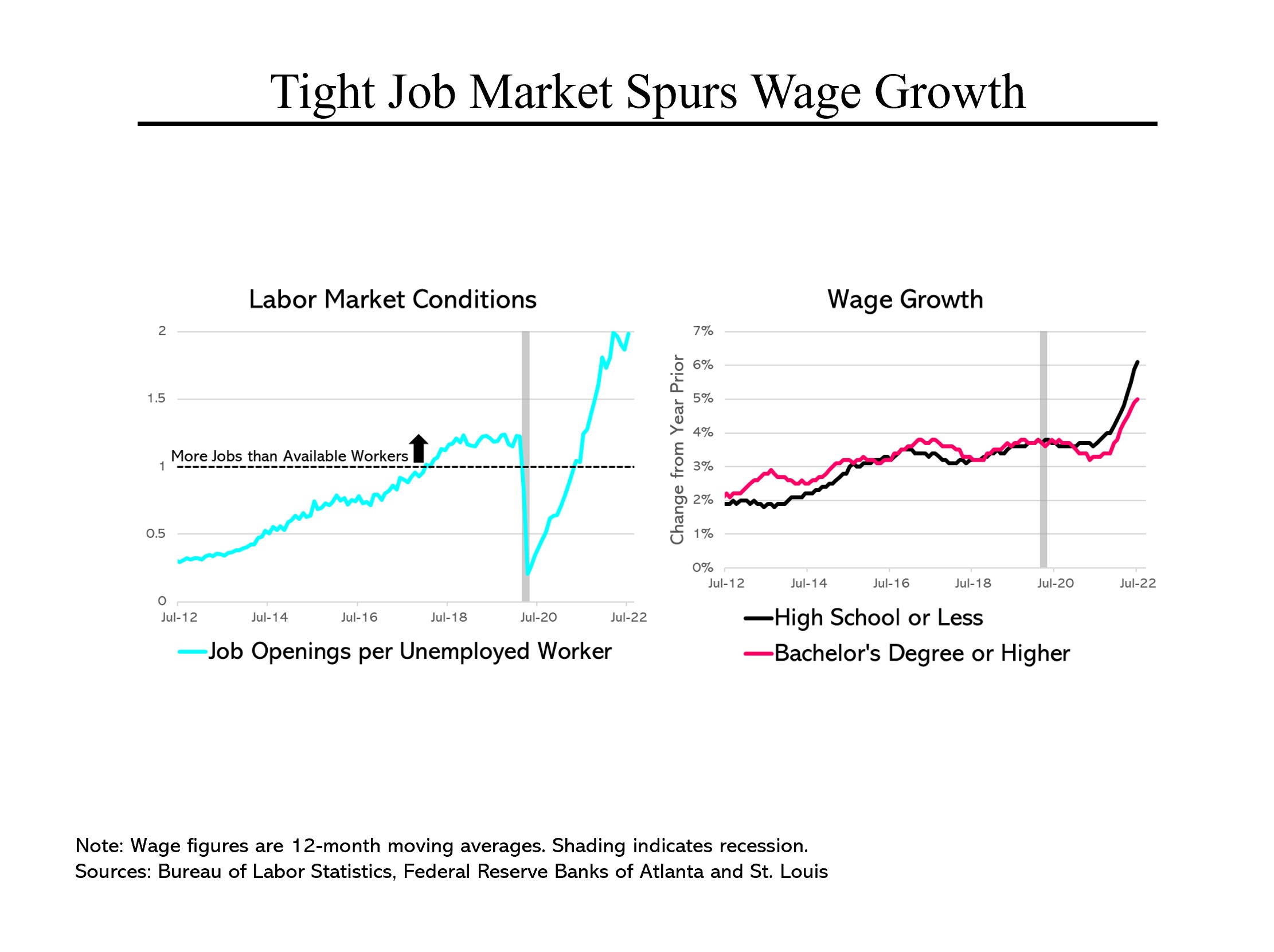 The drop in labor force participation is a major factor in the record number of job openings, two for every available worker. That ratio is also a record; in the past, there have generally been fewer open jobs than the number of workers seeking them. This has led to sharp increases in wages. While that’s generally a good thing, it also means higher costs for business. Interestingly – and perhaps not surprisingly given which cohorts of Americans have been returning to the labor force – wages have been rising faster for those with only a high school diploma or less. (That also means that income inequality has been narrowing, another good thing.)

The problem is that higher wages, which have not been accompanied by higher productivity, has embedded a higher rate of “core” inflation, the rate of inflation for goods and services other than the volatile categories of food and energy. Core inflation is currently running at 5.9%, well above the Federal Reserve’s target of 2%. Among the leading high inflation sectors: shelter, medical care and cars. Other services that depend on lower wage workers, like recreation, are also pushing up prices.