Steve Rattner’s Morning Joe Charts: The IRS Could Get Its Mojo Back

On MSNBC’s Morning Joe today, Steven Rattner charted how cutting back on funding to the Internal Revenue Service led to a diminished workforce and fewer audits of wealthy Americans at the expense of much-needed tax revenue.

In the days since Congress approved higher funding for the Internal Revenue service, conservatives have been taking aim at the nation’s tax collectors, but that’s not new – Republicans have been trying to choke the agency for years, particularly since it emerged in 2013 that the IRS was closely scrutinizing organizations that appeared to be politically motivated. As a consequence, audits have been falling and tax avoidance (or evasion) has been rising. 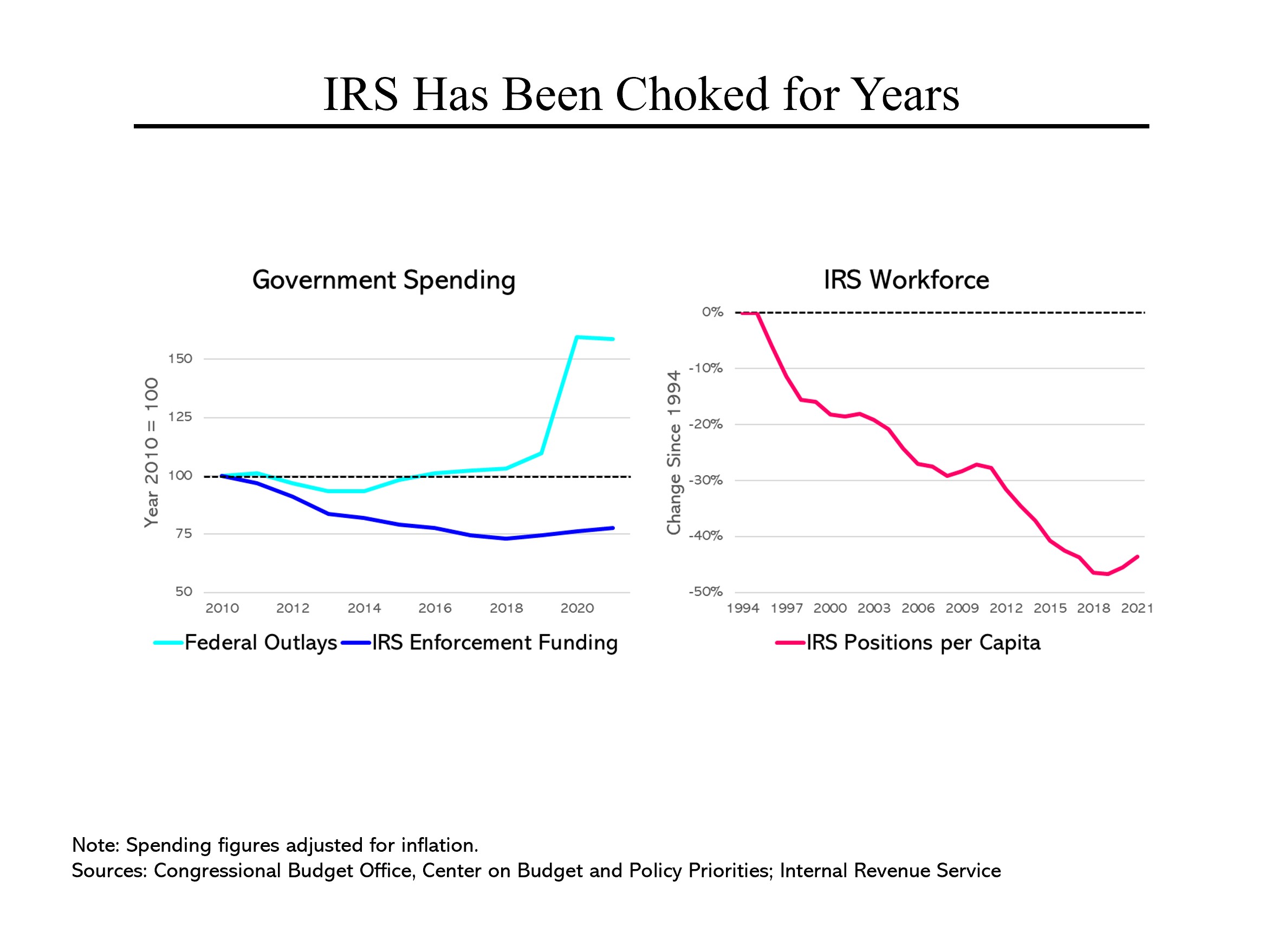 The Republican strategy has been oriented around holding down funding for the IRS. Over the past dozen years, after adjusting for inflation, the agency has seen its budget for enforcement fall by about 25%, even as overall federal spending kept pace with inflation (and since the Covid outbreak, has jumped sharply.) As a result, the IRS has been forced to reduce its workforce substantially, in absolute terms to 79,000 from 111,000 in 1994 and measured in relation to the size of the US population, by about 45%. (The new funding from the Inflation Reduction Act would increase its overall budget over the next 10 years by $80 billion, or roughly 50% of current projections.) 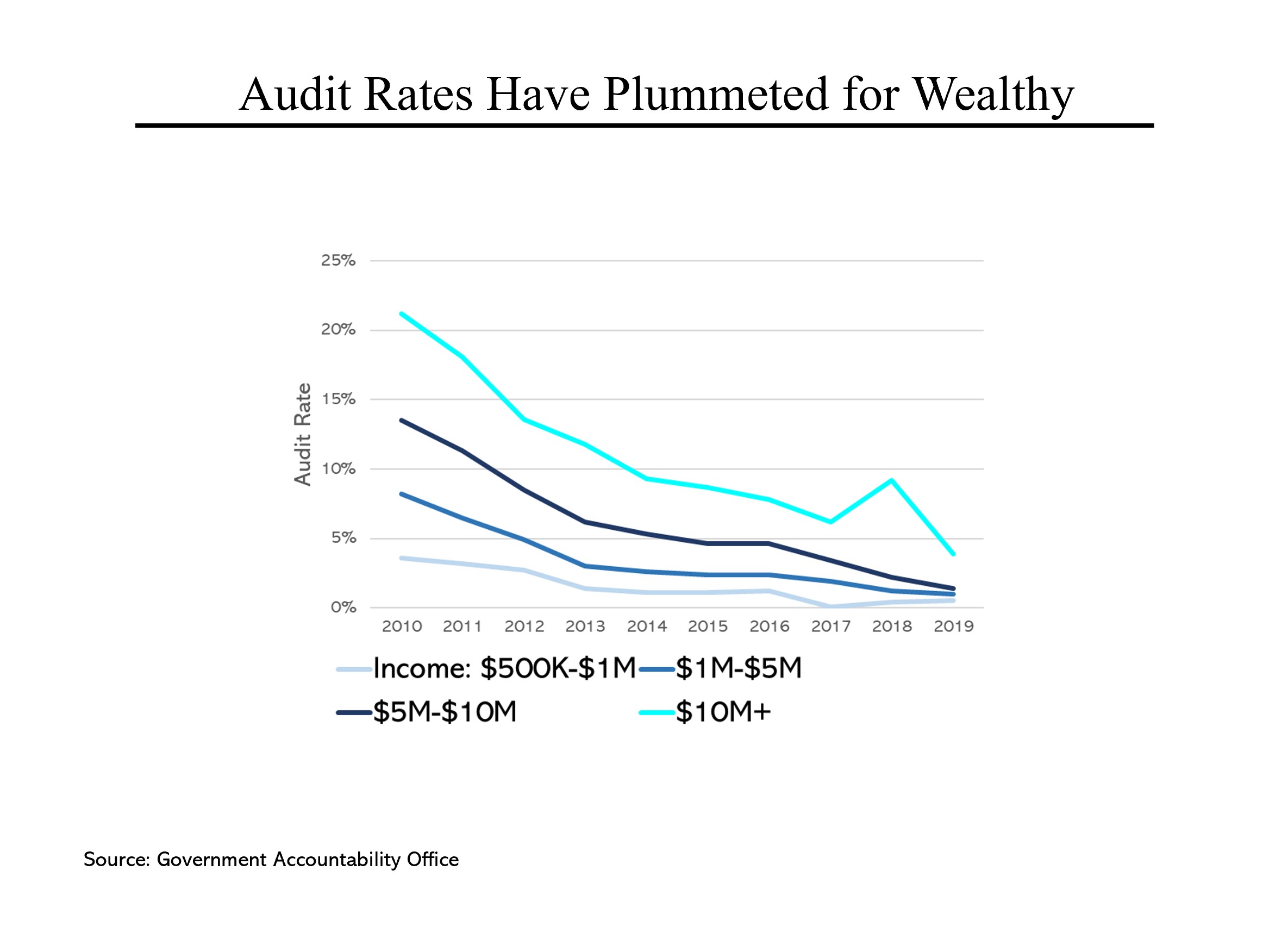 Less money and fewer workers mean fewer audits – particularly of wealthy Americans because those audits tend to be more complicated and require greater manpower. In 2010, a taxpayer with income above $10 million a year had more than a 20% chance of being audited in any given year; by 2019, that probability had fallen to less than 4%. Putting it another way, in 2012, there were 41,000 audits of taxpayers reporting an income above $1 million. In 2021, there were just 14,000, even though there were many more Americans earning more than $1 million per year. 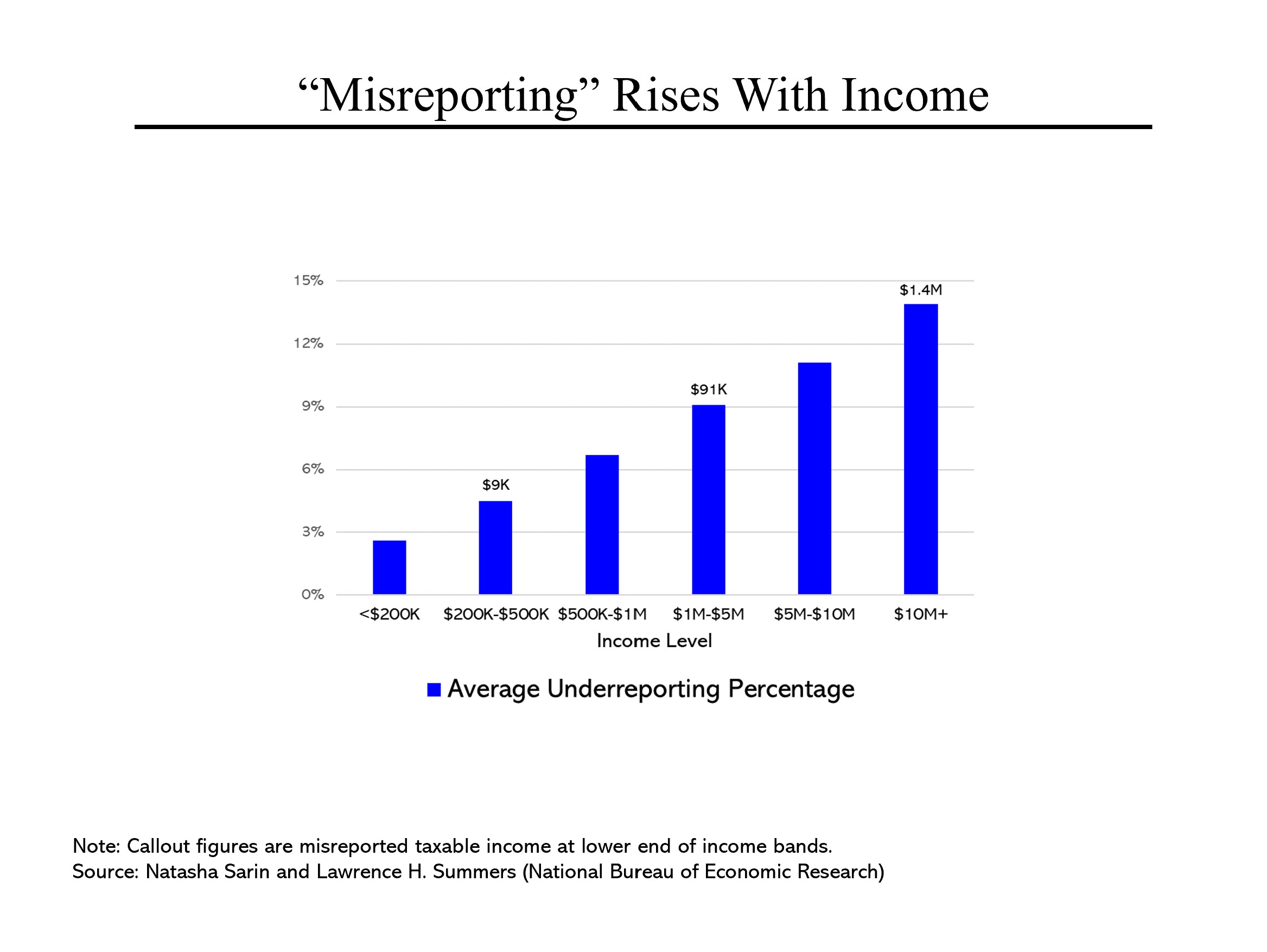 The amount of lost revenue from “misreporting” is vast. The Congressional Budget Office believes that the federal government will recover about $200 billion over ten years from the more robust funding provided for under the Inflation Reduction Act. As that funding totals $80 billion, the Treasury will perhaps net $120 billion in added revenues. Some experts – notably former Treasury Secretary Lawrence Summers – believe that the government could recover substantially more.

Interestingly, in a recent paper, Mr. Summers and his co-author, Natasha Sarin, found that on average, a filer with more than $10 million in income likely “misreports” about 14% of his income, which would imply a minimum of $1.4 million annually. Meanwhile, Americans further down the income scale are estimated to misreport a much smaller percentage, which implies a smaller dollar amount of income, a minimum of $9,000 for someone with an income between $200,000 and $500,000.