On MSNBC’s Morning Joe today, Steven Rattner charted Friday’s inflation report, noting how a broad-based increase in prices over the past year has driven consumer sentiment to an all-time low and prompted a surge in interest rates.

Friday’s Consumer Price Index report was a stunner – overall inflation accelerated to an 8.6% increase from the prior year, with rapid price rises across a broad array of products and services. It was the highest rate of inflation since 1981. The stock market immediately sank and interest rates shot up. 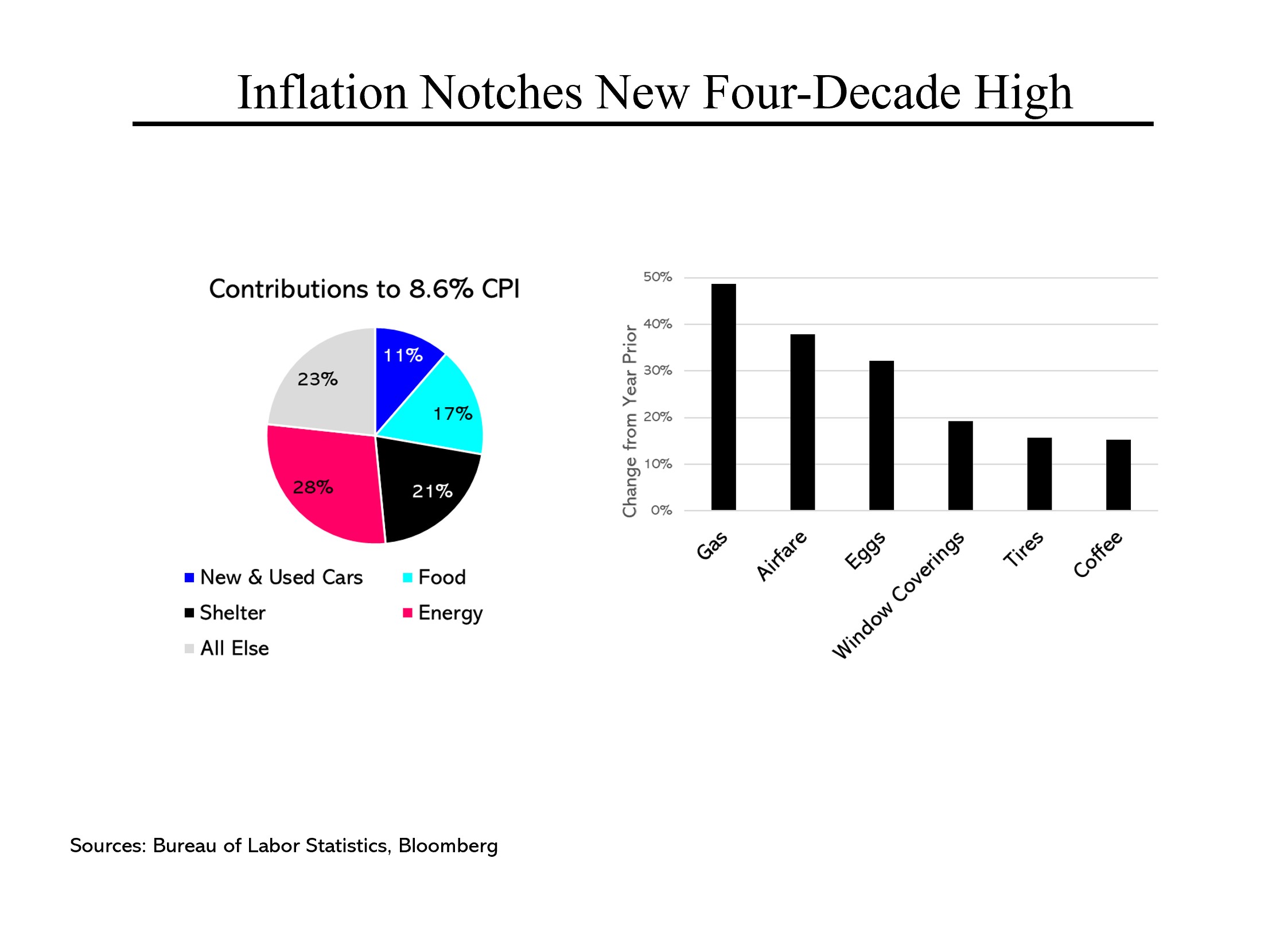 Of the overall inflation, a full two-thirds came from three categories: energy, housing and food, all necessities for American families. The contribution from energy was particularly stunning; it constitutes only 7% of the index but amounted to 28% of the overall price increase. Food inflation was roughly proportional to its share while housing inflation was a relatively restrained 21%. (Shelter prices are calculated differently from other prices and could well accelerate in coming months.)

Double-digit price increases were recorded by a broad array of products, from those that have garnered headlines like gasoline and airfares to some that have received less attention, from window coverings to tires to coffee. 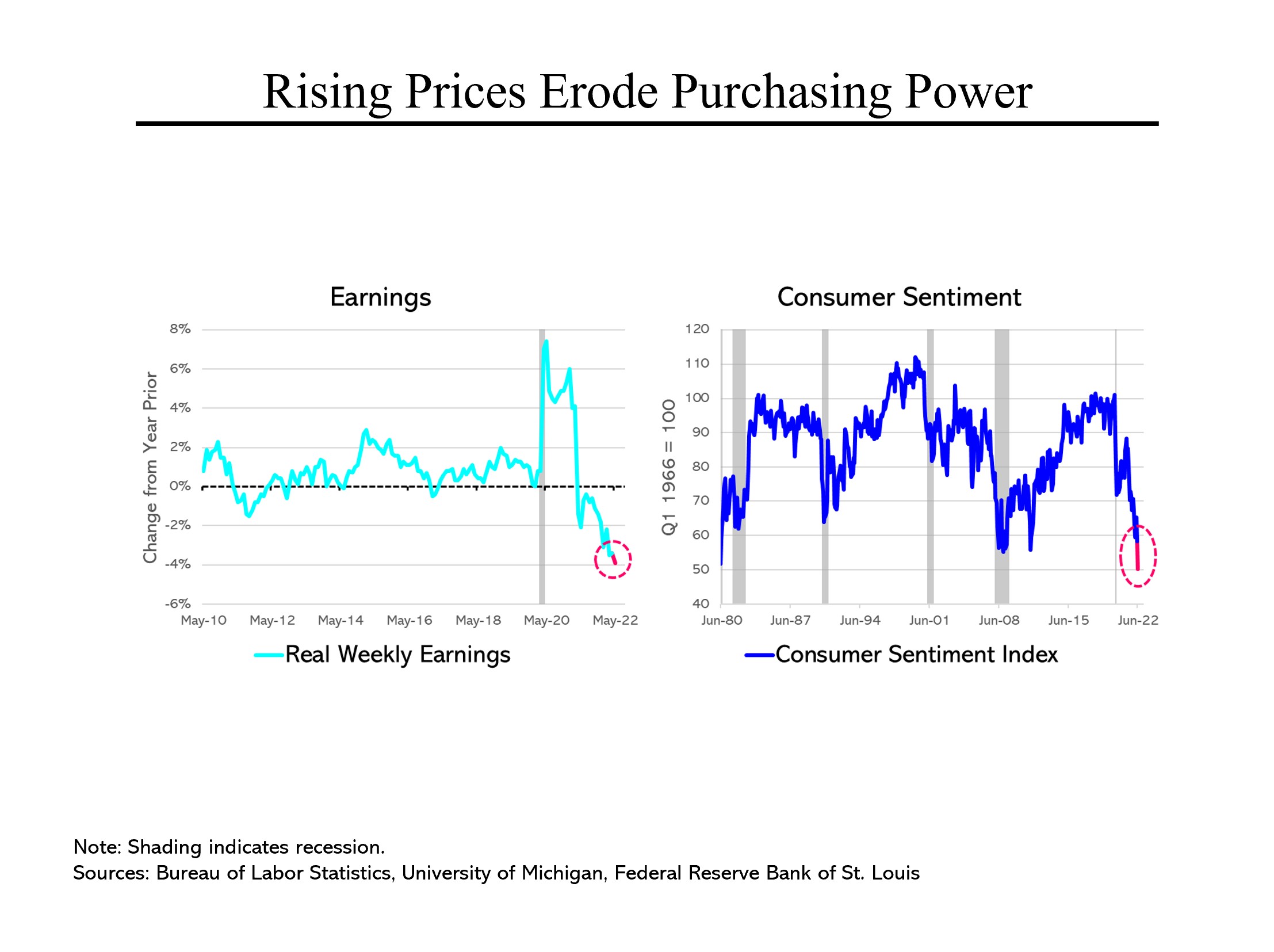 The disappointing C.P.I report came on the heels of other disappointing news. While the unemployment report issued the previous Friday showed wages rising at just over a 4% rate, coupling that with the 8.6% inflation reading means that an average American has lost 4% of his or her purchasing power over the past year. That is the biggest drop in purchasing power in decades.

So it should not be surprising that another report released Friday revealed that consumer sentiment fell to the lowest level since the index began to be compiled in 1978. Even though the unemployment rate remains at an exceptionally low 3.6%, 55% of Americans believe that we are currently in a recession. 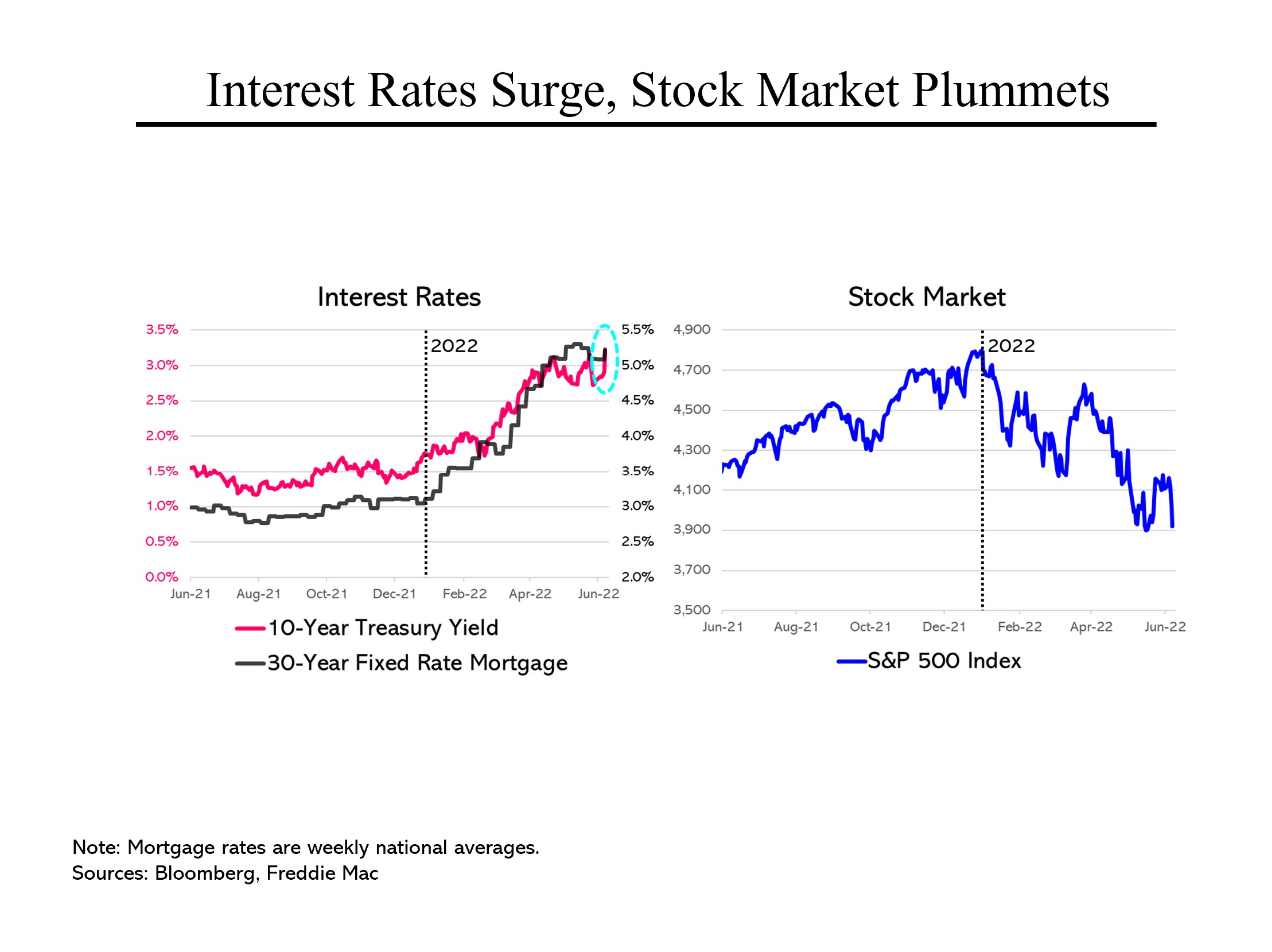 The inflation news caused an immediate jump in Treasury rates, a sign that markets expect the Federal Reserve will continue to be forced to tighten monetary policy. The 10-year Treasury jumped by .11 percentage points on Friday alone, reaching 3.16%, the highest rate since 2018. That does not bode well for would-be homeowners as mortgage rates, which have jumped 2 percentage points in 2022 alone, closely track Treasuries.