The Federal Reserve hiked interest rates by 0.5 percentage points on Wednesday, its largest single increase in more than two decades and more than was expected as recently as earlier this year. 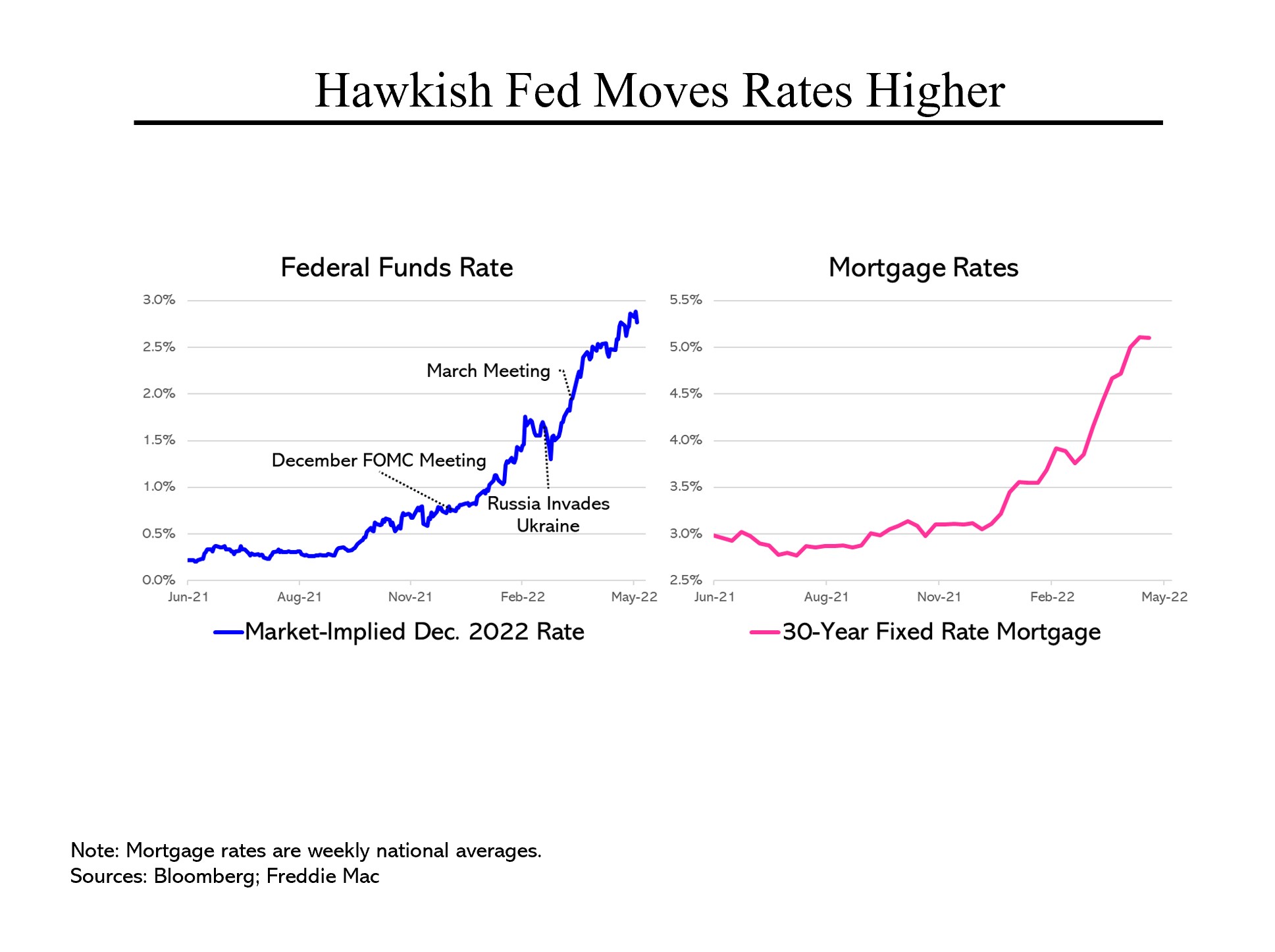 The Fed’s goal in raising rates: to slow down an overheated economy that is currently plagued by raging inflation and supply shortages, both exacerbated by Russia’s invasion of Ukraine.

Until about six months ago, the market expected rates to remain near zero as the economy recovered from the Covid-induced recession. But as it became clear that policymakers had overshot the mark in the amount of stimulus that was injected, expectations for future rate increases began to escalate.

While Wednesday’s increase brought the Fed’s target rate to barely over 0.5%, the market now expects multiple additional rate increases this year, including at least two as large as yesterday’s. That would bring the base rate to near 3% by the end of the year.

For consumers, the worrisome development is the escalation in mortgage rates that has already occurred. From a record low of 2.65% in January 2021, mortgage rates have climbed at their fastest pace in modern history and recently poked above the 5% level — with further increases highly likely. 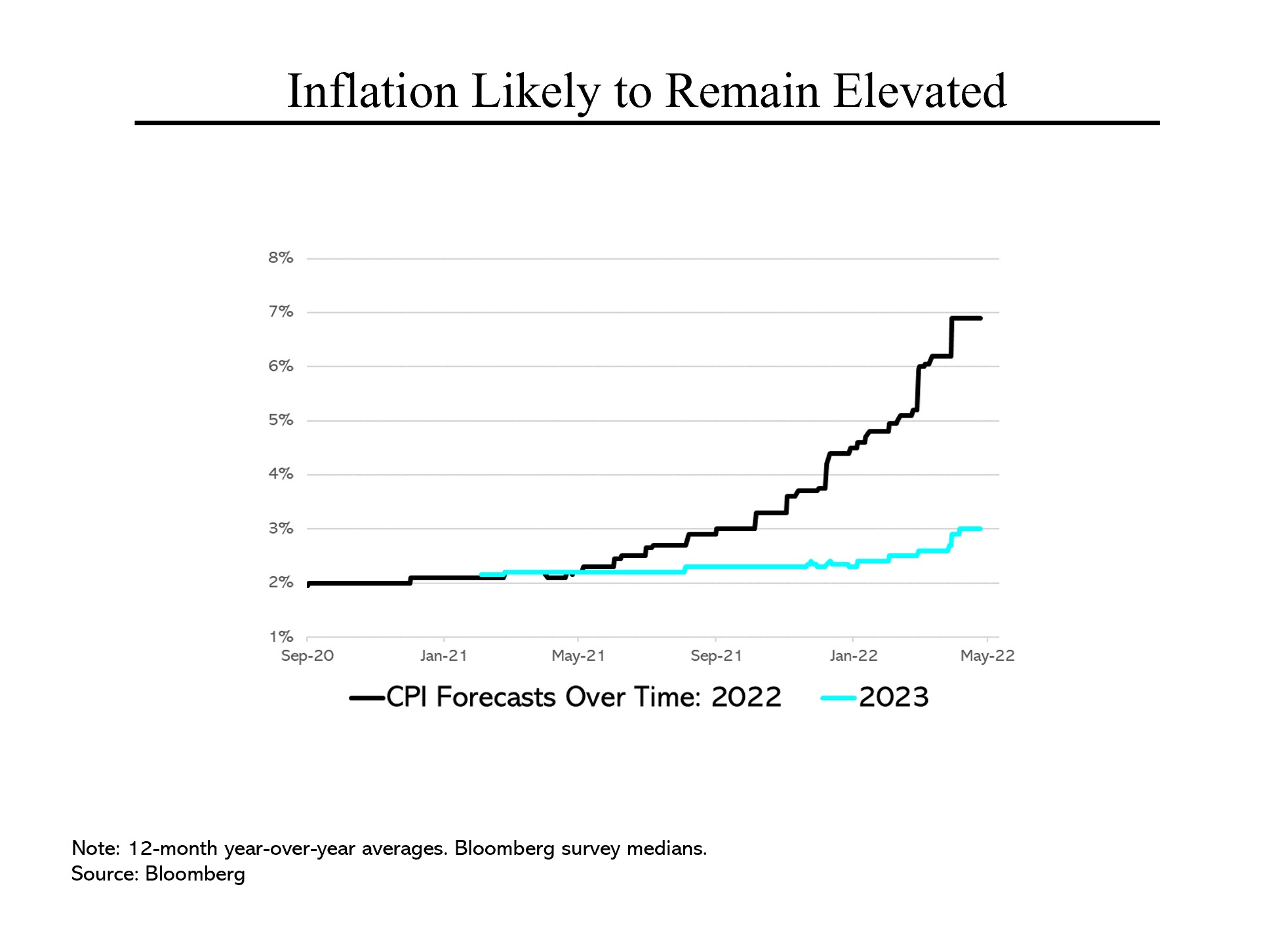 As noted, inflation is the principal culprit behind the Fed’s aggressiveness. A year ago, economists believed inflation would remain quiescent, at roughly the Fed’s 2% target level. Now they believe the CPI will rise at least 7% this year. (It was up 8.5% in March over the prior year.)

Equally worrisome, economists have begun to ratchet up their forecasted inflation for next year from 2% to 3%. That may not sound like much but the Fed is committed to getting inflation down to 2%, which would likely mean continued rate increases into next year. 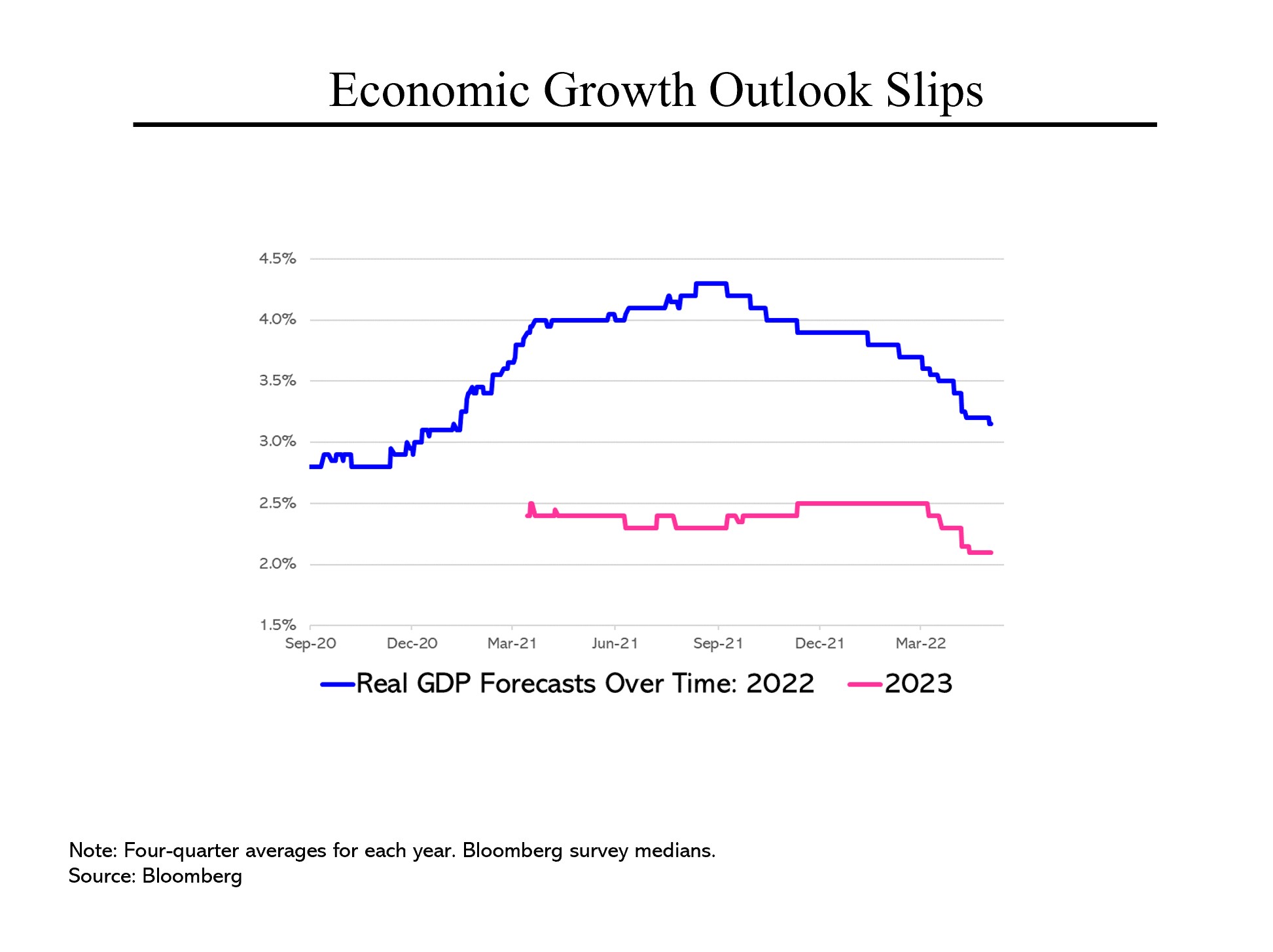 A key question is whether the Fed can accomplish this without triggering a recession. While few economists have yet to introduce this possibility into their forecasts, expectations for growth both this year and next year have been coming down dramatically. Last fall, the economy was expected to expand by almost 4.5% this year; now the consensus is for just over 3%. Similarly, projections for growth next year have dropped from 2.5% to just over 2%.

Note that there are few — if any — examples in Fed history of the central bank having been able to bring down inflation by the magnitude now required without triggering a recession.