On MSNBC’s Morning Joe today, Steven Rattner charted Wednesday’s policy shift for the Federal Reserve as the central bank revises its economic projections and attempts to tackle the country’s highest inflation in 40 years.

As our economic recovery has gathered speed – and brought with it significant inflation – the Federal Reserve has been moved to both increase interest rates for the first time in more than three years and signal that the pace of further rate increases is likely to be faster than it last expected. 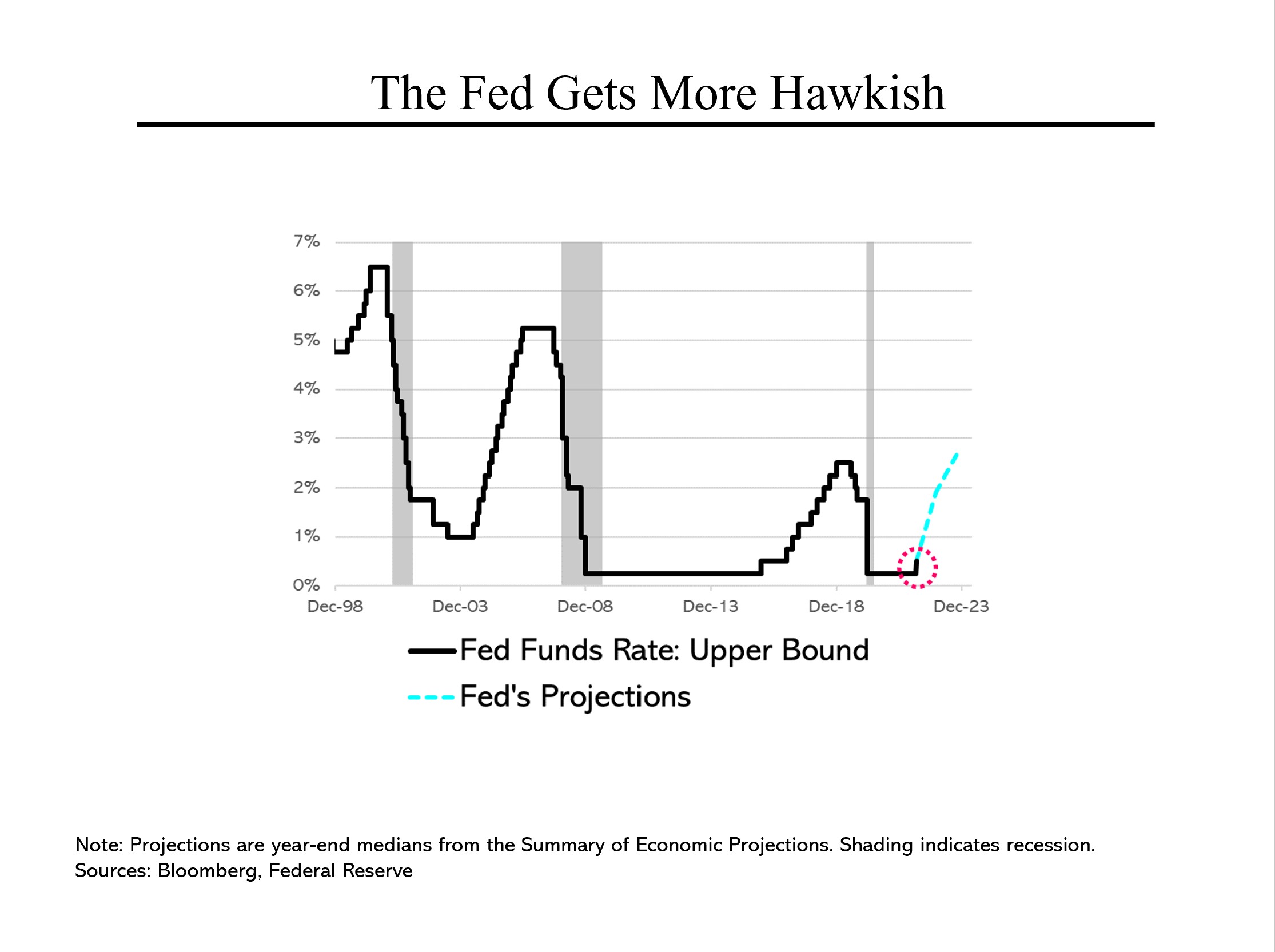 To put interest rates in context, we have been in a zero-interest rate environment for only the second time in modern history. Unlike our first experience with zero interest rates (occasioned by the financial crisis), the cause of this round of zero rates was the pandemic.

In an historical context, yesterday’s increase of just 0.25% was trivial. More interesting was the Fed’s new expectation that rates would be increased six more times to 1.9% in 2022, eventually reaching 2.8% by the end of 2023. That would put rates at the highest level since 2008.

The key question is whether even the Fed’s projected rate increases will be enough to tame raging inflation. Until Russia invaded Ukraine, some Fed watchers were calling for a 0.5% increase at this meeting. 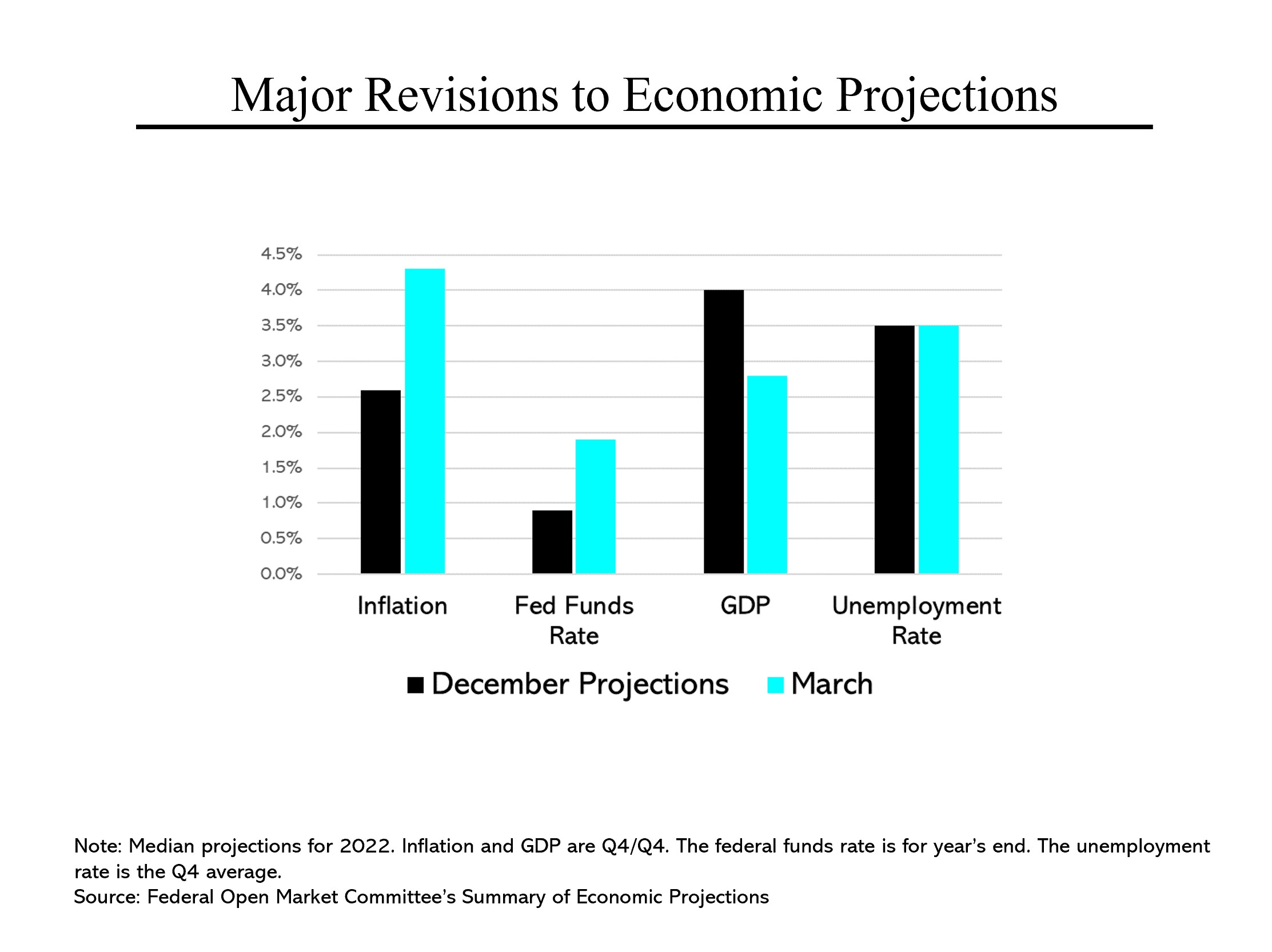 Over the last several months, it has become clear that inflation is a far more serious problem than the Fed and the White House had believed. As a result, in its announcement yesterday, the Fed substantially revised its economic projections. As recently as December, it expected prices to rise by 2.6% this year; now it anticipates inflation of 4.3%.

Similarly, it now expects its benchmark rate to reach 1.9% this year, double its last projection. In part resulting from these higher rates, it now forecasts economic growth of 2.8% in 2022, down from its previous projection of 4.0%.

Notwithstanding its expected reduction in growth, it maintained a projected year-end unemployment rate of 3.5%, which the Fed’s chairman was pressed about in yesterday’s press conference. 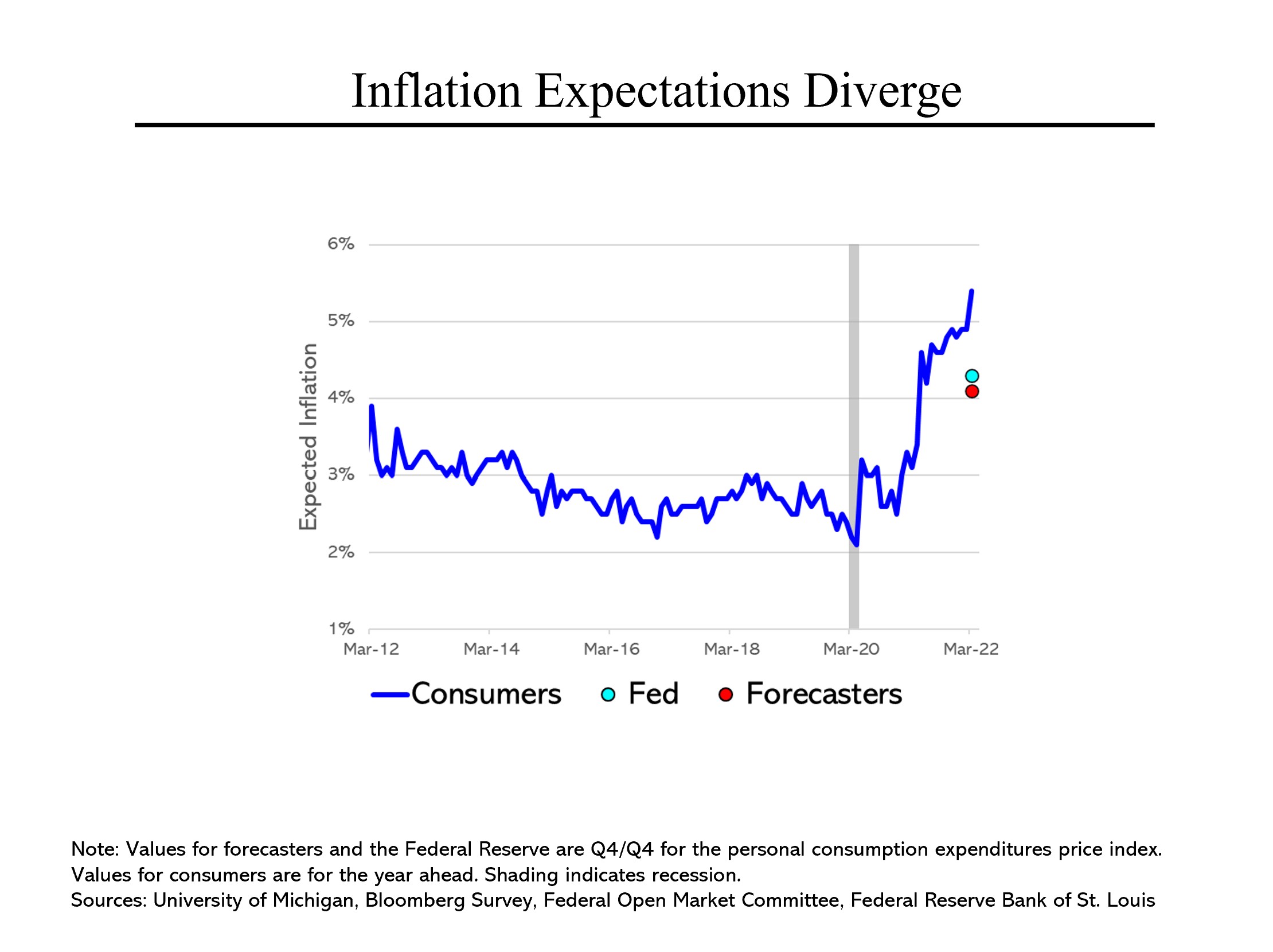 Whether even the Fed’s new, more conservative projections will come to pass will depend heavily on inflation. While the Fed’s new projection is roughly in line with private economists, consumers expect substantially larger price increases this year, around 5.4%.

Among the key uncertainties are how quickly supply shortages can be rectified, what the outcome will be of the Ukraine invasion and whether higher prices trigger rising wages and an upward spiral.

The issue of inflation is also likely to be dominant in this fall’s midterm elections. A recent Wall Street Journal poll found that 50% of American voters consider inflation and the economy to be their biggest concern.