On MSNBC’s Morning Joe today, Steven Rattner used the occasion of the reopening Russian stock market to chart the collapse of the country’s economy, highlighting important indicators while also taking note of the global community’s dependence on Russian commodity exports.

After shutting down its stock market on February 28, Russia partially reopened its exchange for trading on Thursday. The government took precautions to try to limit a fall in shares; it banned foreigners from selling securities and also banned short selling. For now, such extreme measures may have forestalled additional selloffs, and the market closed 4.4% higher than its previous low. 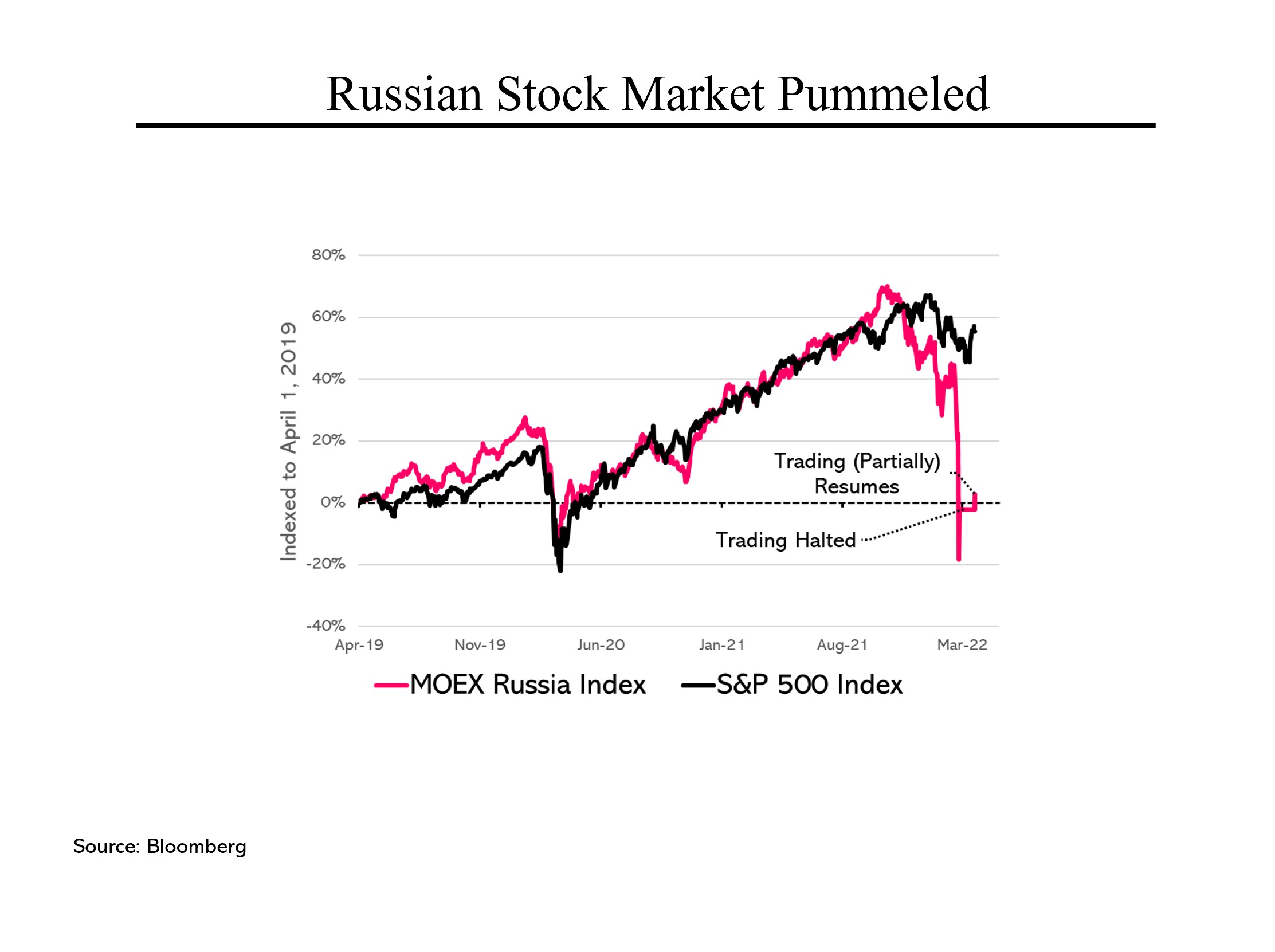 Interestingly, for the last several years, until autumn of 2021, the performance of the Russian market closely tracked the performance of the U.S. market. But all that changed when rumors of a Russian invasion of Ukraine began. At its worst, the Russian market was down 51% relative to its October 2021 peak. That included a 33% plunge on February 24th, the fifth-worst drop of any equity market in history. 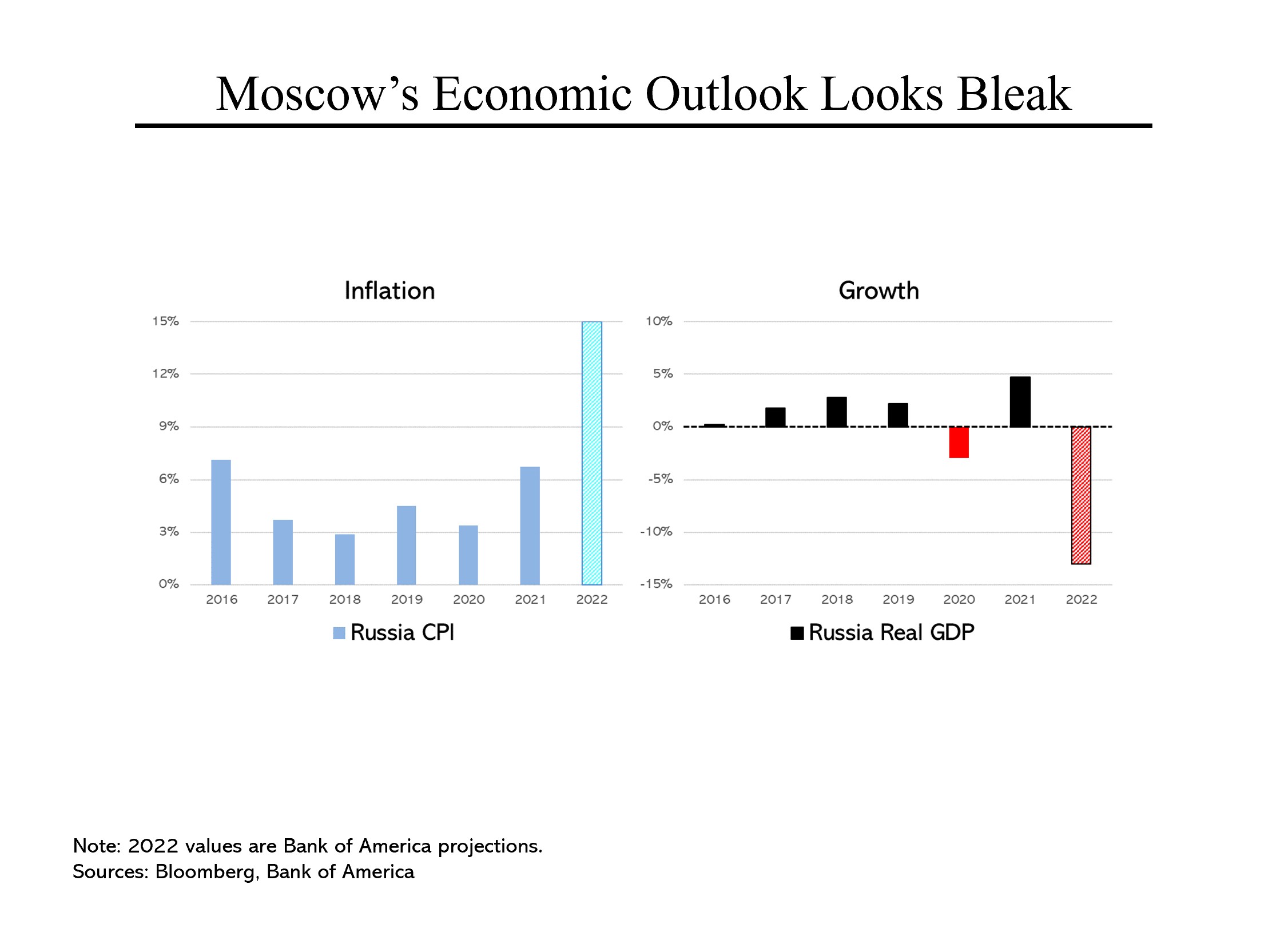 The sorry state of the Russian stock market is a reflection of the economic problems that the sanctions imposed on Russia are causing. While it is too early for these problems to be fully reflected in government statistics, private forecasters have been issuing dramatically pessimistic predictions. Bank of America expects inflation to reach 15% this year; prices rose 2% last week alone. Fragmentary reports are dismal – sugar was up 14% last week. And exports of sugar have been banned through at least August.

Moreover, Russia is almost surely in the midst of a severe recession. Its economy is expected to shrink by 13% in 2022. By comparison, even in 2020, when Covid raged, Russian GDP only declined by 3%. Signs of contraction abound. Approximately half of Russian car factories have shut down because they can’t get the components that they need. 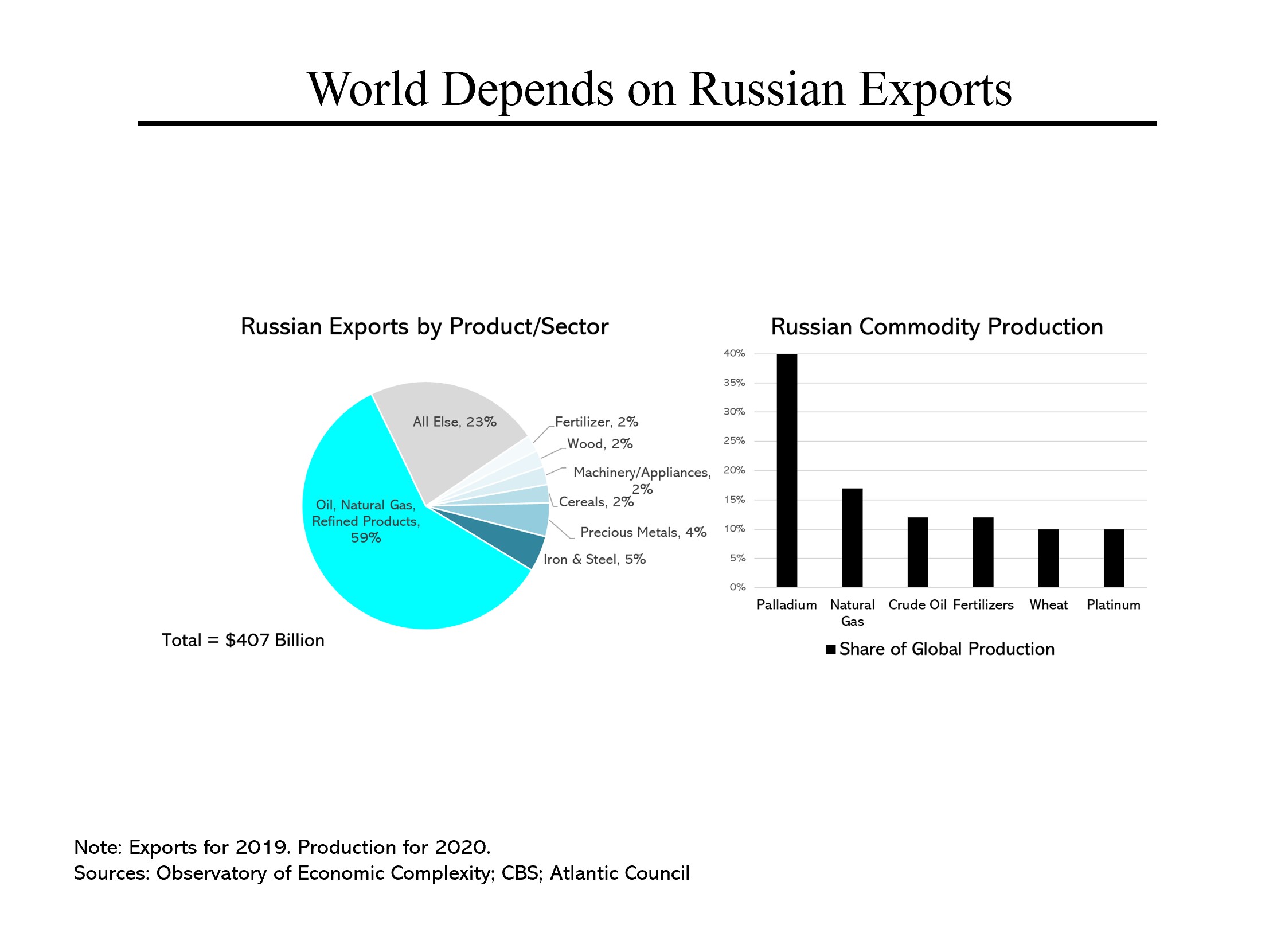 All that said, we need to be careful about our expectations around the sanctions. For one thing, sanctions have historically taken a long time to work, if they have worked at all. We have had sanctions on North Korea since 1950, on Cuba since the 1960s, and on Iran since 1979.

More importantly, we have not yet directly sanctioned Russian exports, in large part because much of what Russia exports represents a significant portion of world supplies. Most importantly, the country produces 17% of the world’s natural gas and 12% of its oil. While palladium may seem obscure, it is a critical ingredient in the catalytic converters that reduce auto emissions; Russia produces 40% of the world’s supply. Losing its double-digit share of the world’s supply of fertilizers, wheat and platinum would have a major impact on global prices, adding to existing inflationary pressures.