On MSNBC’s Morning Joe today, Steven Rattner explained how forecasters missed the highest inflation in four decades and how wage gains for American workers, while more than welcome, have been outstripped by price increases.

Wednesday’s Consumer Price Index may have been as expected but it was still bad; year-over-year inflation accelerated from 6.8% in November to 7% in December, with no sign of it abating. 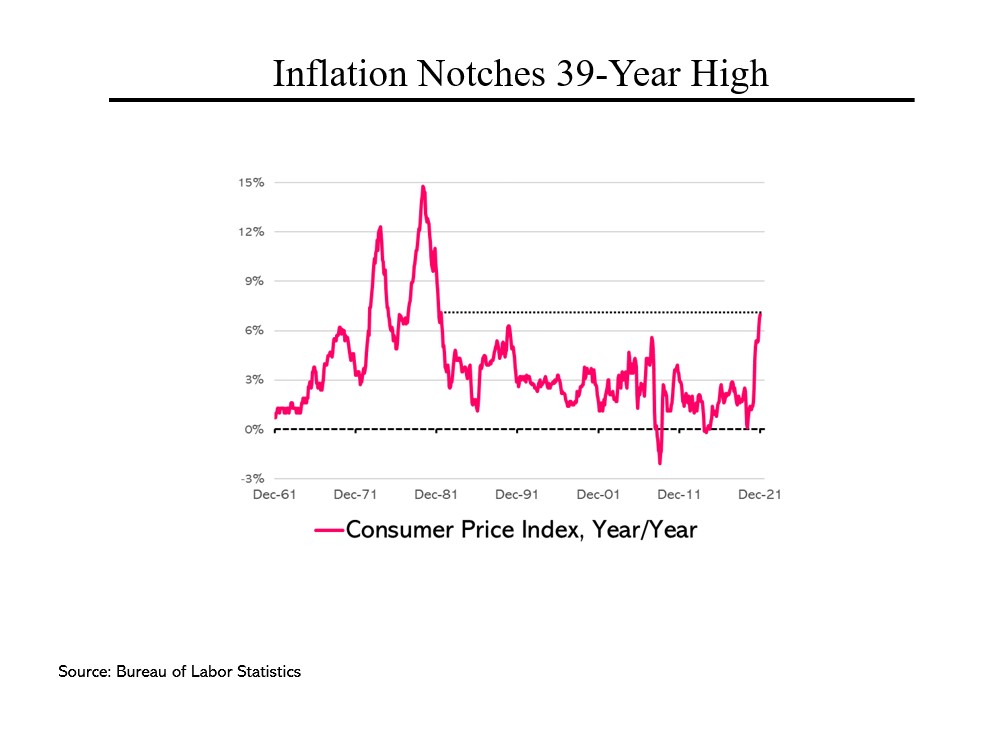 The Wednesday numbers represented the highest rate of inflation in almost 40 years, since June 1982, when interest rates were 14%, unemployment was almost 10% and the country was in a recession. The recent inflation has been driven by a wide variety of factors, from furniture (up almost 14%) to meat (up more than 14%). Used cars continue to be a standout – up 37% in the past year. Energy was also a huge contributor, up 29.6%. Gasoline prices, for example, averaged $2.20 per gallon a year ago; now they are $3.30 per gallon.

Why so much inflation? A combination of robust demand – consumers still have more than $2 trillion in their bank accounts above expected levels – and supply shortages, a function of problems ranging from Covid to stretched supply lines. 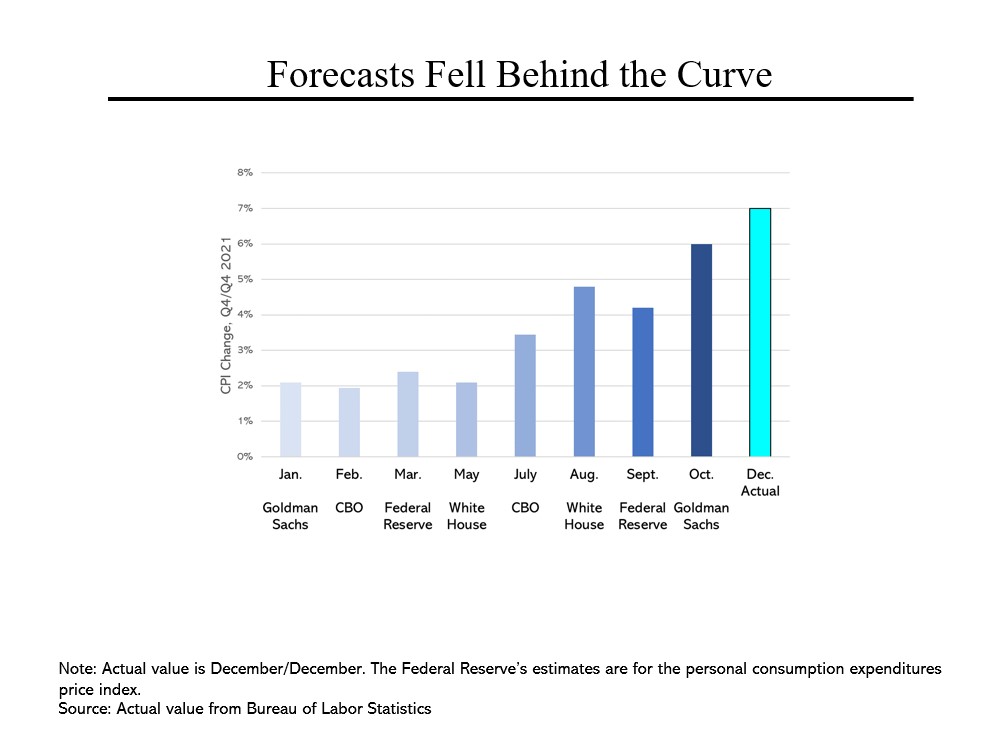 The magnitude and duration of the inflation has surprised many economists, including those connected with the federal government. Throughout the early part of 2021, forecasters continued to predict that inflation would remain around 2%, the Federal Reserve’s targeted level. For most, the narrative was that the inflation would be “transitory,” a temporary phenomenon as the combination of Covid and the huge federal stimulus worked its way through the economy.

But as month after month of persistent — and mostly rising — inflation ticked through the system, predictions gradually also rose, although still not nearly to the 7% level that was just reported. Meanwhile, for 2022, the most recent – highly optimistic — forecasts from the Federal Reserve remain at 2.6% (Q4/Q4), while Goldman Sachs is now expecting 3.0% (Q4/Q4). Worst of all, while wage increases have gotten larger, for most Americans, those increases have not been enough to offset higher prices. Last Friday, the Labor Department reported that an average worker’s pay rose by 5.8% last year, noticeably less than the 7% inflation. The few “winners” were clustered among professional services, energy and transportation, where the demand for truck drivers has escalated among consumers’ furious purchases.

All of this has played a material role in President Biden’s sagging approval numbers, now hovering around 42%.