President Biden’s Build Back Better plan may have been on life support for the past couple of weeks but Joe Manchin III, the West Virginia Democratic senator, definitively pulled the plug on it during a Sunday television show. While Mr. Manchin’s support for the massive package was always the weakest among the 50 Democratic senators – all of whose votes were needed for passage – until Sunday, he had held out hope of being able to vote for it, albeit with some modifications. 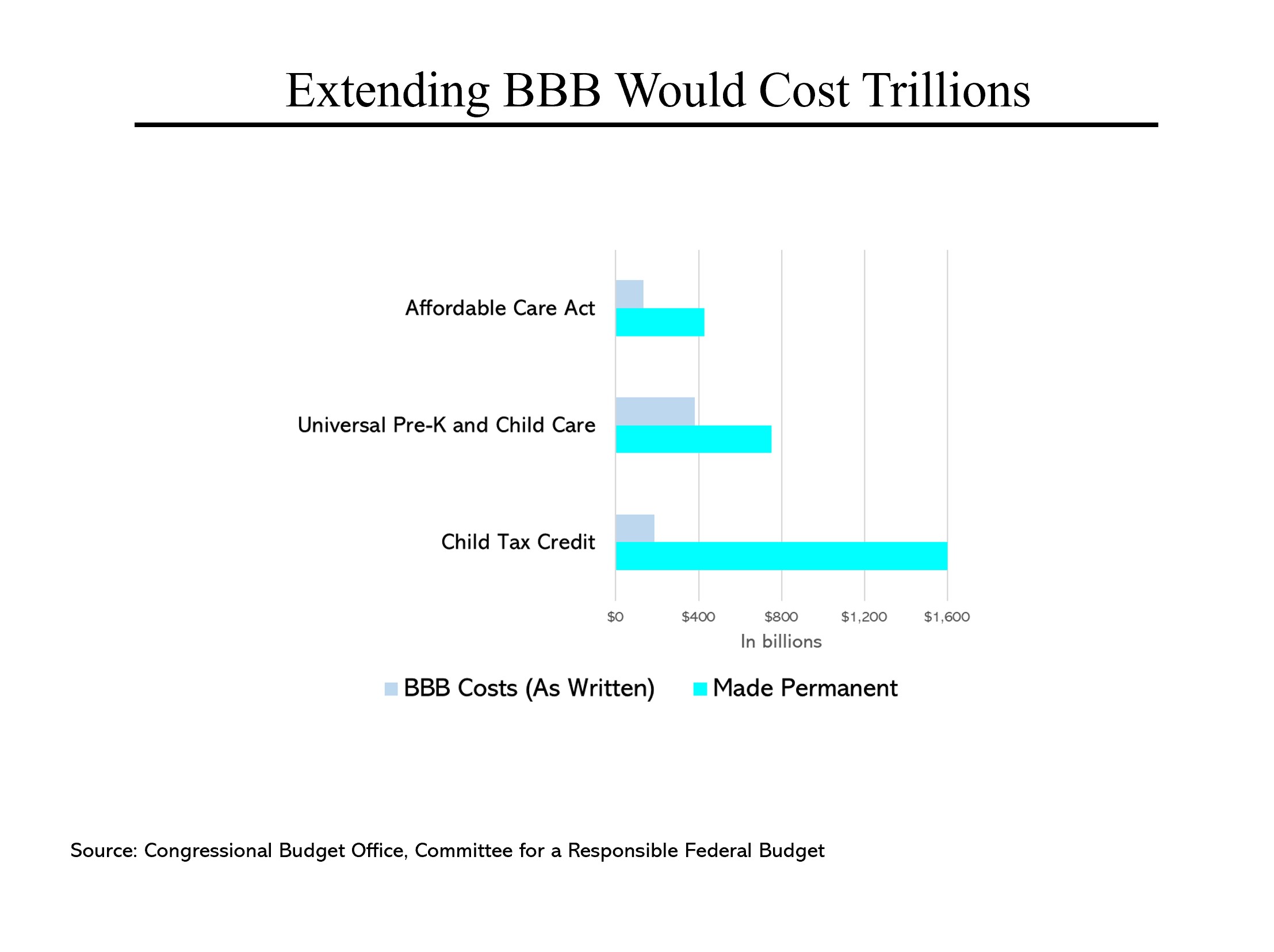 For example, expanding the Affordable Care Act by lowering premiums would cost $135 billion for five years but $428 billion for a full 10 years. The Biden plan provides funding for universal pre-school would cost $381 billion for six years but $752 billion for the coming decade. The biggest issue is the much-lauded Child Care tax credit; BBB only includes one year of funding ($185 billion); the 10-year total would be $1.6 trillion. 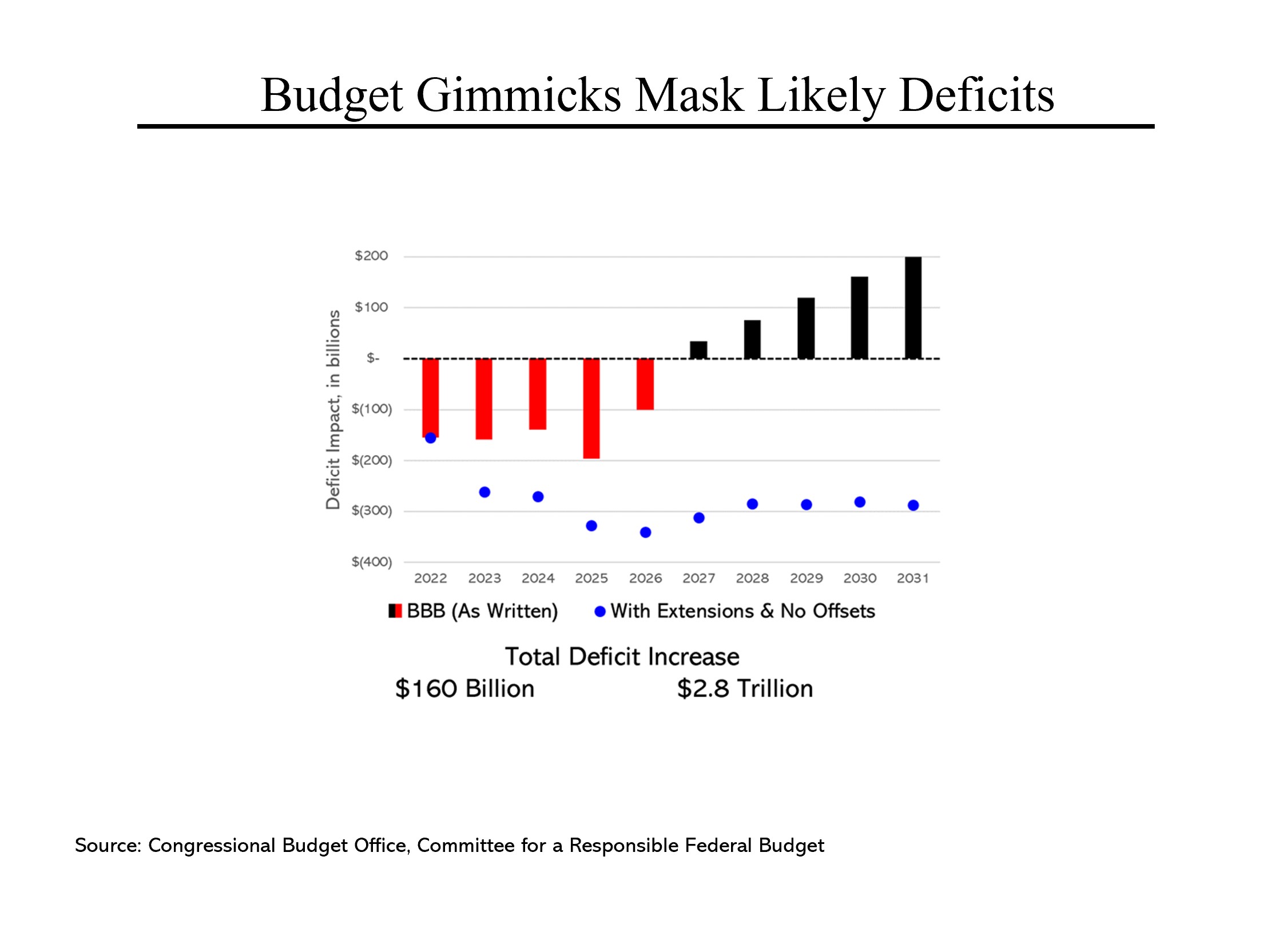 As written, with all its various gimmicks, the BBB plan would have increased the deficit by $160 billion. If all the programs that were scheduled to expire over the next several years were extended through the end of the 10-year budget window, the deficit impact would rise to $2.8 trillion. Even without extending any programs, BBB would have increased the deficit in the first five years by $100 billion to $200 billion annually and then – at least in theory – made up most of it in the following five years.

Extending the expiring provisions would, not surprisingly, create a still worse deficit outlook – increases in the annual deficit of between $250 billion and $350 billion a year over the 10 years. While the Biden administration maintained that it would not have recommended extending these programs without paying for them, no proposals have been made for how to pay for expiring programs. 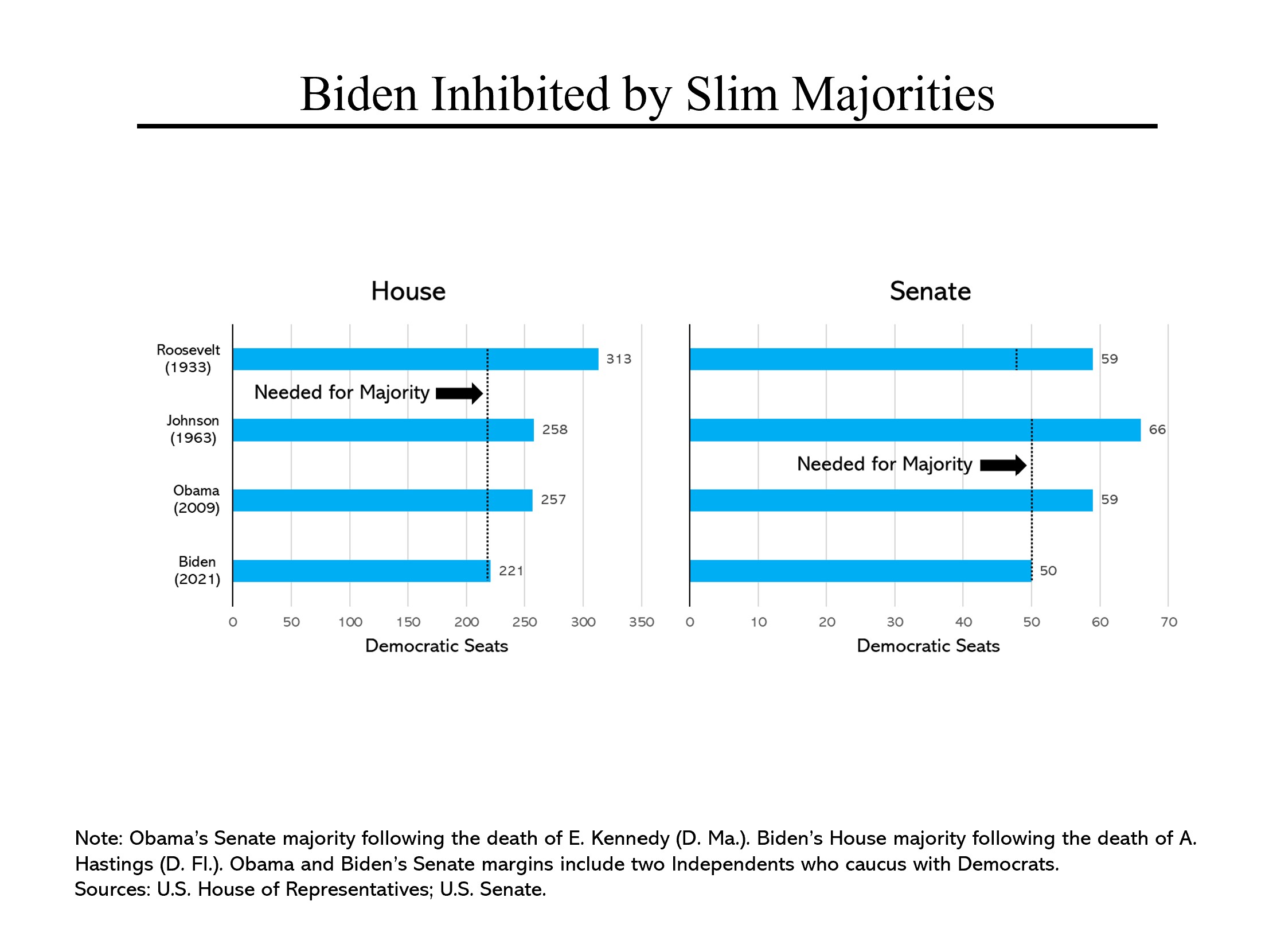 The consequences of the Manchin defection illustrate the challenges in Mr. Biden’s ambition to be a transformational president, one who might be likened to Franklin Roosevelt, Lyndon Johnson or even Barack Obama. But while Mr. Biden beat Donald Trump handily in the presidential election, his razor thin margins in both the House and the Senate made that goal unreachable. His three illustrious predecessors had vast margins in both chambers; Johnson, for example, had 66 Senate seats compared to Mr. Biden’s 50. Johnson had 258 House seats, compared to 221 at present.

And while it is true that the Democratic party historically included conservative southern Democrats, the Republican party included moderate northern Republicans.