Behind last Friday’s disappointing jobs numbers lay a variety of other interesting data – some more encouraging, some not so much. 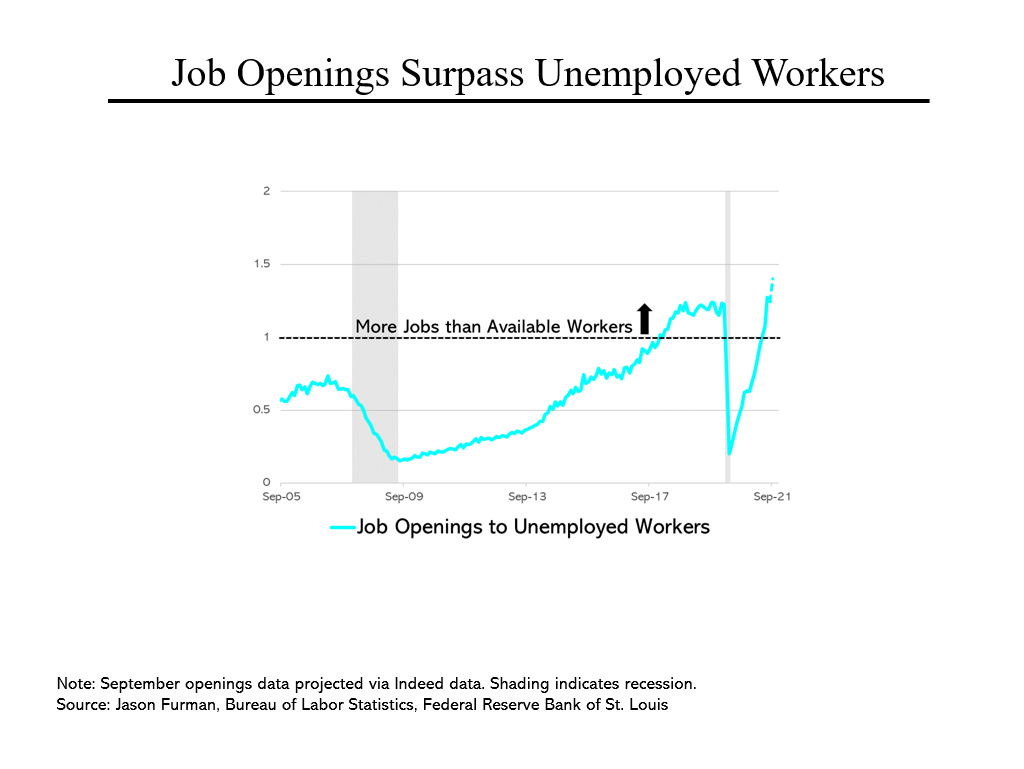 Back in 2019, 6 million Americans were jobless while 7 million jobs were open. What’s particularly interesting is that in 2019, the unemployment rate was 3.5% while today it is 4.8%. That means that many Americans are choosing not to take jobs, particularly in low wage, blue collar sectors. While the overall openings rate is 7%, in leisure and hospitality, it is 10%. Similarly, the percentage of workers leaving jobs in that sector (the “quit rate”) was the highest of any industry, leaving that sector with 1.5 million fewer workers than in February 2020.

Worth noting: The shortage of workers has contributed significantly to the supply disruptions that President Biden spoke about on Wednesday. 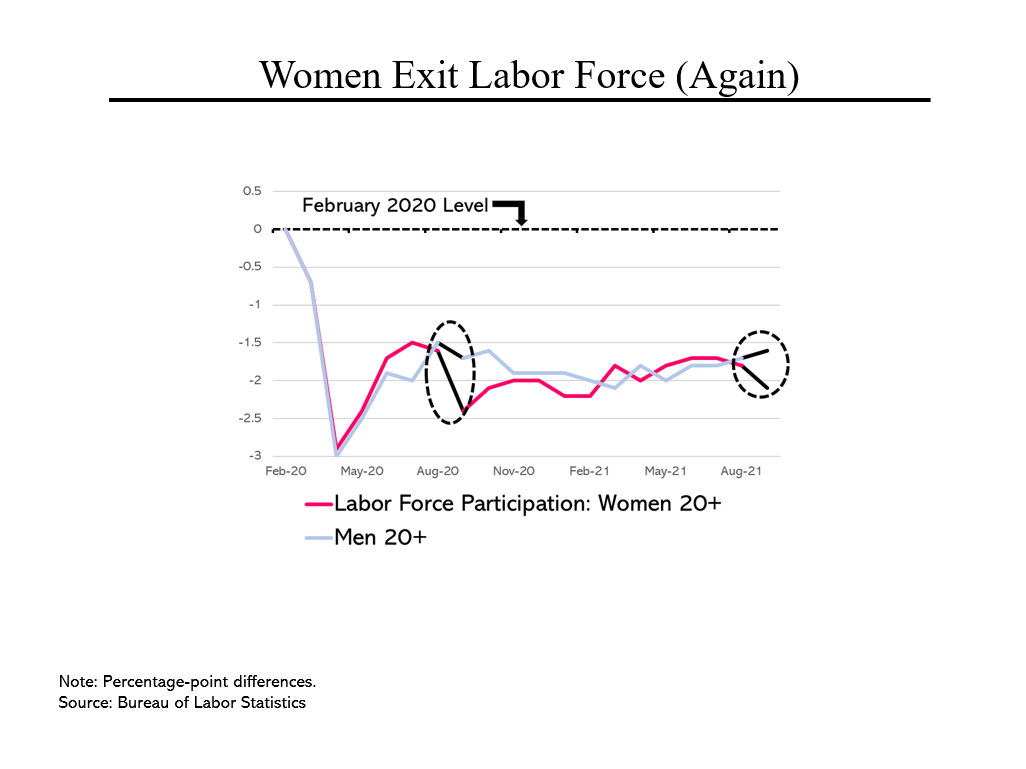 Even as the number of jobs added last month disappointed, the unemployment rate fell. That’s partly because – even with the record number of jobs available – more Americans exited the labor force than entered for the first time since May. Economists have cited a number of factors behind the depressed labor force, from health concerns to childcare issues to jobless benefits that (until recently) were unusually generous.

Note the striking difference between the genders: Men have been returning to the labor force while women have resumed leaving it. That is a little surprising because many analysts expected that with the reopening of schools, women would again seek work. Even more perplexing is that while a similar pattern occurred a year ago, in 2020, both men and women stopped looking for work. 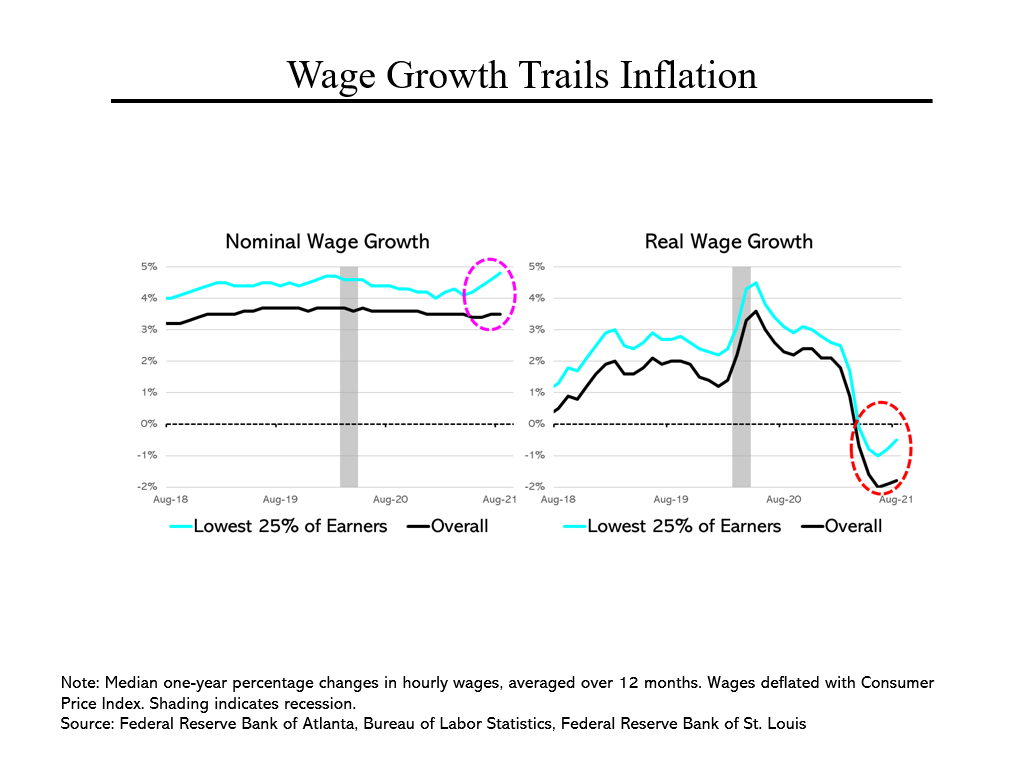 Then there are wages. Happily, the pace of wage increases has accelerated, particularly for workers closer to the bottom. In the most recent month, pay for those in the bottom 25% rose by 4.8% over the prior year, compared an overall rise in wages across the economy of 3.5%. With Americans shying away from jobs in the leisure and hospitality sector, it’s not surprising that wages are rising fastest in that sector. Overall, a record 42% of small business owners said they raised compensation in September.

But the bad news is that inflation has accelerated even more than wage growth. As a result, the real purchasing power of Americans has been falling since April (although fortunately, not as much for those nearer the bottom.) This loss of purchasing power may well help explain President Biden’s sagging poll numbers.