On MSNBC’s Morning Joe today, Steven Rattner charted just how far behind the United States lags its peers with respect to social spending and basic benefits, while also noting the great extent to which America leads in inequality.

Amidst all the wrangling over whether the Build Back Better plan should be $1.5 trillion or $3.5 trillion or somewhere in between, it’s easy to lose sight of why a major increase in spending on pressing social needs is of paramount importance. No matter how you analyze the numbers, our support for everyday Americans falls appallingly short. 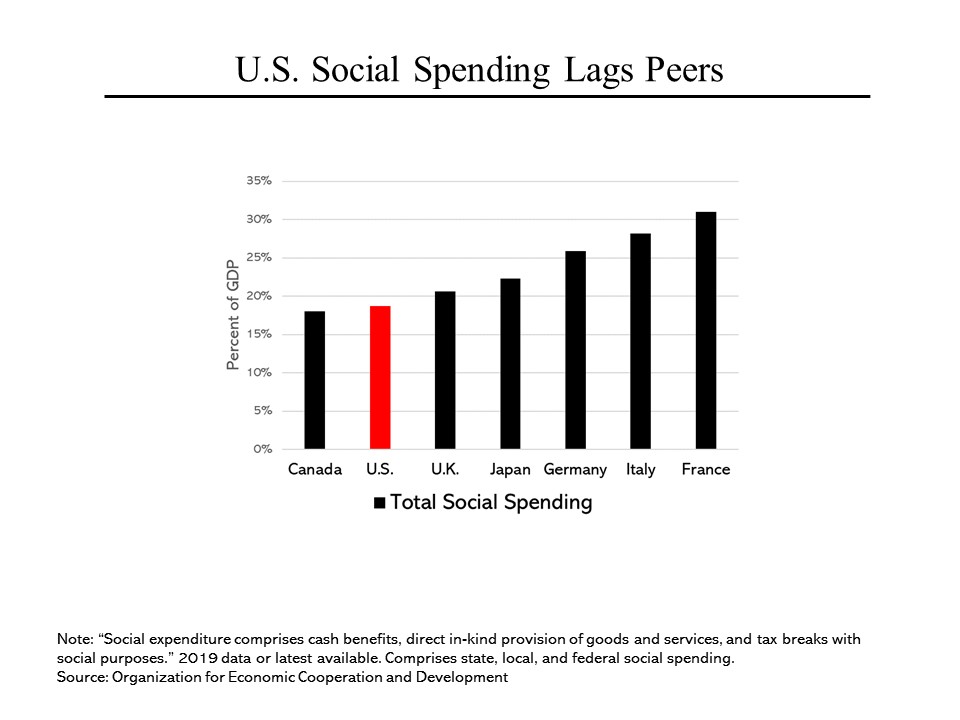 Let’s start with the big picture. When it comes to overall “social spending” – everything from child tax credits to Medicare – the United States ranks near the bottom. Across all levels of government (federal, state and local), total outlays on these needs are about one-fifth of our gross domestic product. While that’s not far off of what Canada and the United Kingdom spend, it’s wildly short of other major European countries, particularly France, Italy and Germany. 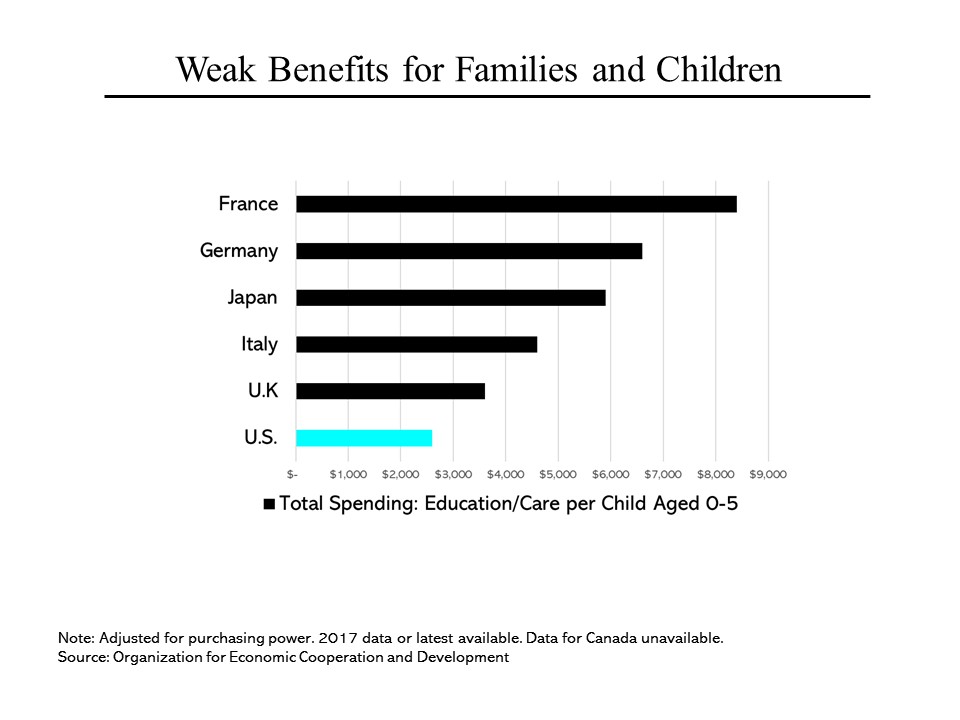 Zooming in on what benefits we provide to families and children, the picture is just as grim. While France spends about $8,400 per year on education and care for each child 5 years old or younger, we spend just $2,600, putting us last among major countries. Even compared to all 38 members of the Organization for Economic Cooperation and Development, we look poor – near the bottom behind countries like Latvia and Hungary.

Other metrics are just as poor. While every other major country offers paid maternity leave – the United Kingdom ranks first at nearly 40 weeks and other countries are typically at a dozen weeks or more – we provide none.

The Biden plan would correct some of these inequities, such as by increasing the child tax credit to $3,600 from $2,000 for children under the age of six. 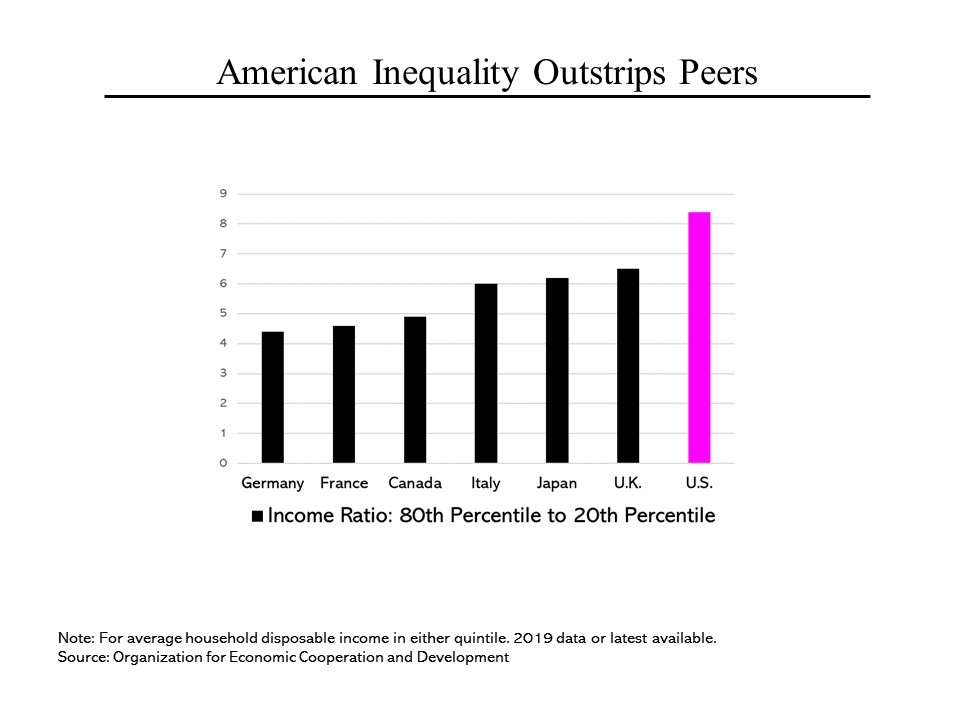 Of course one important objective of the plan is to reduce the extraordinary level of income inequality in the United States. The average household in the top 20% in the U.S. makes 8 times what a family in the bottom 20% earns. In Germany, this ratio is just over 4 times.

It’s important to note that part of why our inequality is so high and part of why our benefits are so poor is that taxes in the United States are relatively low, at 30% of compensation compared to close to 50% in Germany, France and Italy.