On MSNBC’s Morning Joe today, Steven Rattner charted the consequences of failing to raise the ceiling on America’s surging debt, noting that despite GOP opposition, the vast majority of debt relative to the size of the economy has actually been incurred under Republican presidencies.

Incredibly, with Covid still raging and President Biden’s Build Back Better program in front of Congress, the nation is headed into yet another crisis over the ceiling on how much debt Washington can incur. Regardless of whether the Biden plan is adopted or not, budget deficits will continue and so will the need of the federal government to borrow. Will we ever learn how destructive and distracting these unnecessary games of brinksmanship can be? 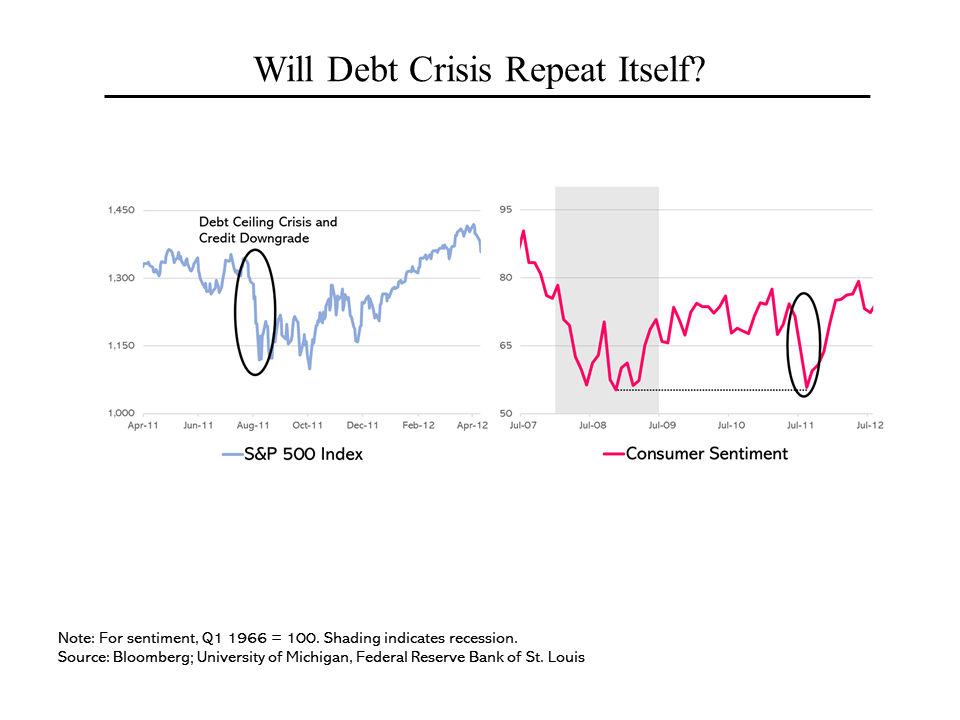 Consider the turmoil that transpired in 2011, one of the closest times the nation came to a full-fledged default. As it began to appear possible that Congress would fail to act, the stock market, which had been placid, began to tumble, eventually falling by 7% in one day and wiping out $1 trillion of investors’ value. Consumers were also spooked, and sentiment fell to nearly the low point reached during the financial crisis.

While both measures (as well as others) eventually recovered, some damage was permanent. Standard and Poor’s downgraded the country’s credit rating from AAA to AA+, a level at which it still remains. That, plus the continuing uncertainly, are estimated to have cost the Treasury an extra $19 billion in higher borrowing costs over the ensuing 10 years 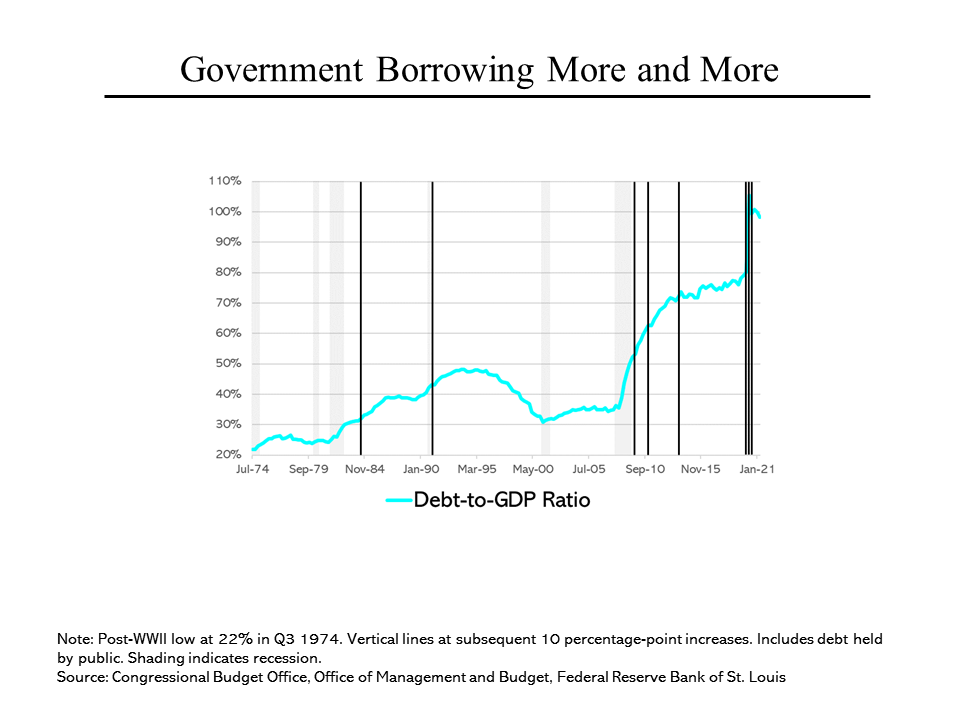 While the debt limit is not the way to enforce fiscal discipline, it is also true that we have been incurring debt at a faster and faster pace. The ratio of debt to the overall size of the economy (the “debt to GDP ratio,” in the nomenclature) was at a post-World War II low in 1974, at 22%. It took 10 years for that figure to grow to 32%, 6 years to increase to 42% and 19 years to reach 52%. But since then each 10 percentage point increment has come faster and faster. Less than two years ago, the ratio was 80%; today, after briefly passing 100%, it stands at 98%. (Of course Covid has much – but not all – to do with the recent run up.) 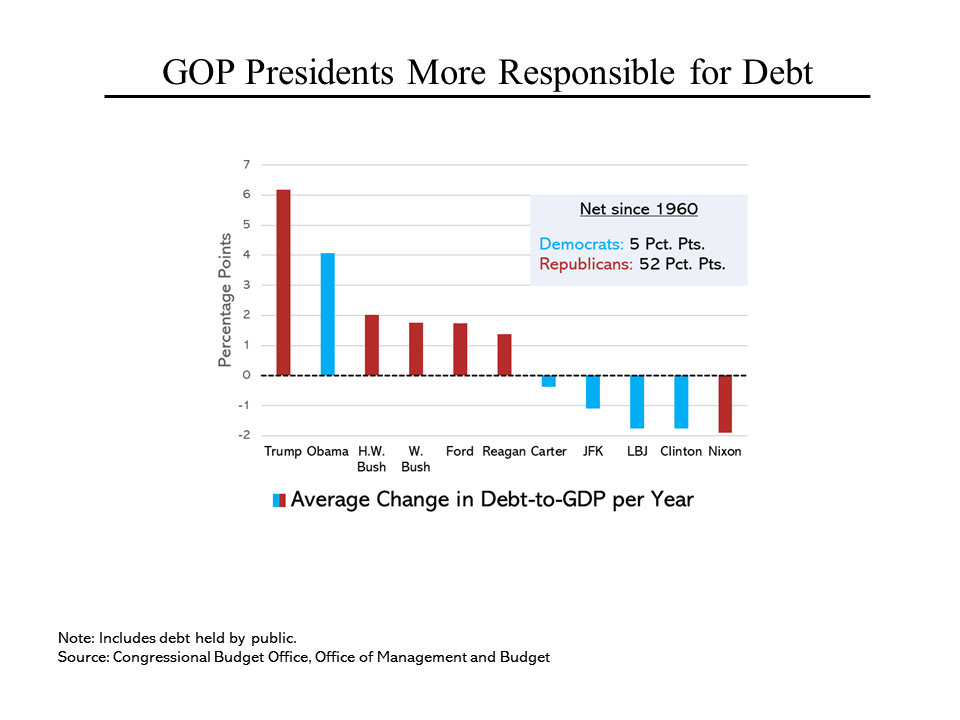 Republicans like to blame Democrats for all this borrowing. But the facts show otherwise. Five of the six presidents who incurred the most debt relative to the size of the economy in the past 60 years were Republicans. While Donald Trump faced the need to counteract Covid effects, his tax cuts and spending increases also played a major part. And Barack Obama had to deal with the financial crisis. But the fact remains that of the 57 percentage point increase in the debt to GDP ratio since 1960, 52 percentage points – all but five percentage points – were incurred with a Republican in the White House. (Note that Republicans and Democrats held the White House for roughly equivalent periods over these decades.)