On MSNBC’s Morning Joe today, Steven Rattner charted the uneven recovery experienced by the United States and its G-7 peers, highlighting how unprecedented economic relief in Washington has led to a swifter recovery, albeit one with consequences.

Nearly 18 months since Covid struck, it’s time to take score with regard to how major economies fared economically from the pandemic. Its early bungling of responding to the disaster notwithstanding, the United States has emerged as the large developed country that fared most successfully economically. 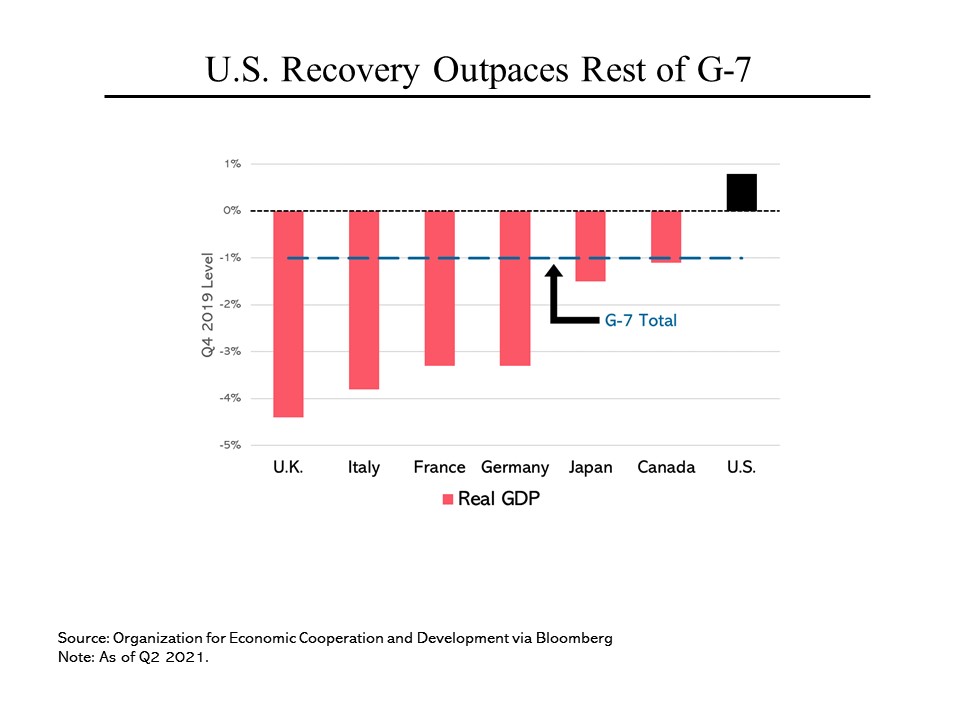 While the economies of every other member of the Group of Seven remain smaller than before the pandemic, the United States has modestly surpassed its previous economic peak. On average, the other six members of the G-7 saw their economies shrink by 3% from the fourth quarter of 2019 (the last quarter unaffected by the pandemic) through the second quarter of 2021. In contrast, the United States expanded by about 1%. (All figures adjusted for inflation.)

Particularly weak performances were turned in by the United Kingdom (also grappling with the effects of Brexit) and Italy (where the virus hit heavily early). But even stalwarts like France and Germany saw their economies shrink by more than 3%.

That is not entirely surprising given that the United States has consistently outperformed other G-7 countries for a number of years. 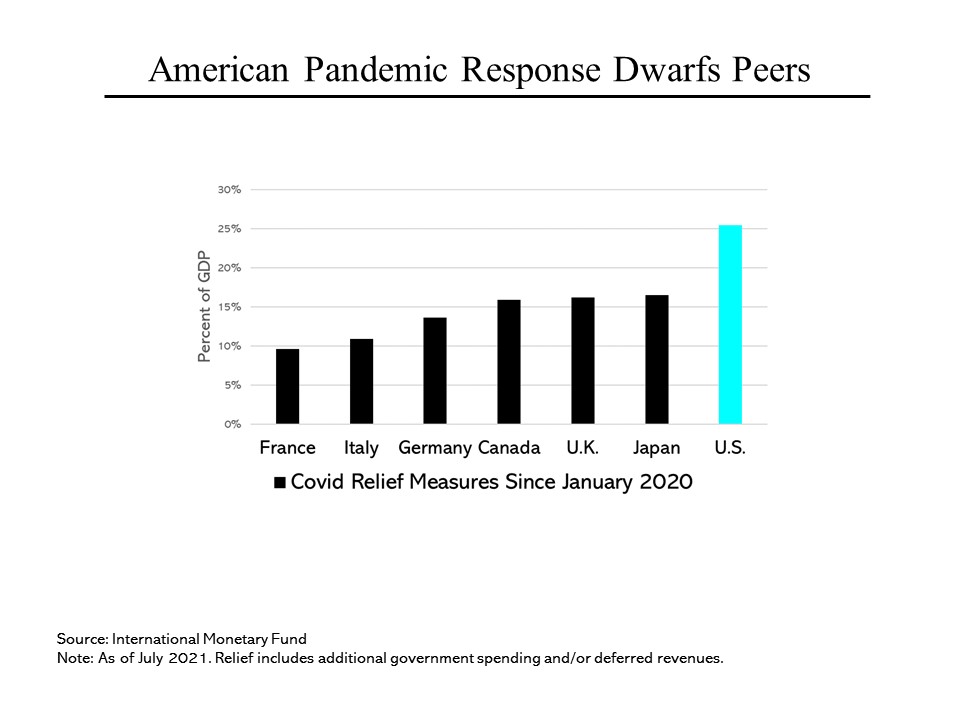 But the relatively impressive U.S. performance was also heavily driven by the magnitude of our government response. This is best measured by the sizes of the Covid relief measures adopted by the different countries. At more than 25% of GDP, U.S. spending was roughly one-third larger than the next most aggressive countries, Japan and the United Kingdom. All told, Congress injected more than $5.4 trillion into the US economy. (And that doesn’t even include the Fed’s massive monetary expansion.) Our use of stimulus checks, for example, was unique among these countries, except for a one-shot program by Japan last year. 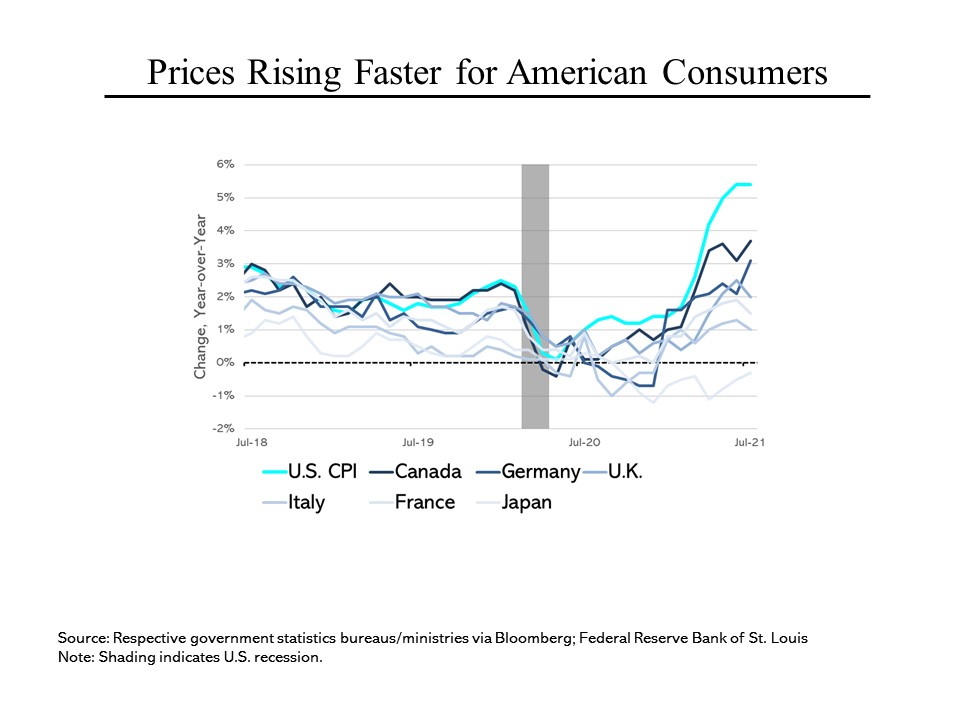 The stronger growth has brought one less desirable consequence into play: After falling in concert with other G-7 members, since the recovery began, prices have been rising faster in the United States than in other countries. That’s due both to high demand – consumers have an estimated $2.5 trillion of excess savings or “dry powder” in their bank accounts – and supply shortages, which are a function of both high demand and production bottlenecks.