On MSNBC’s Morning Joe today, Steven Rattner charted the ongoing labor shortage amid high unemployment and record job openings, noting that enhanced unemployment benefits are one of a number of causes of the workforce’s slow recovery.

Job openings remain plentiful in the United States – what continues to be in shorter supply are enough workers to fill them. 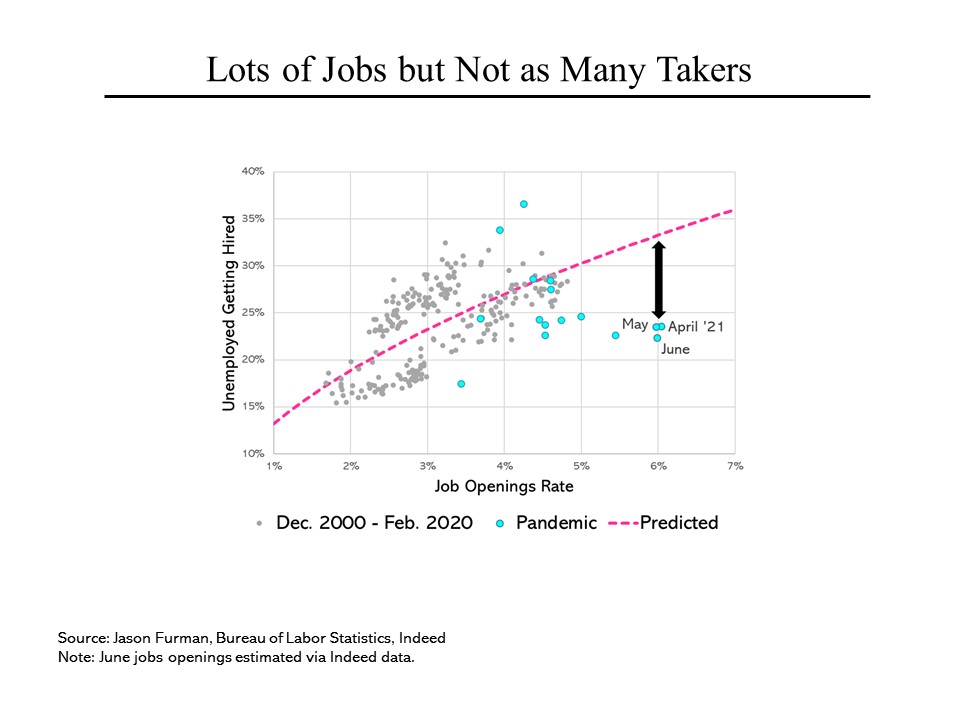 This chart uses historical data to predict what percent of the unemployed would likely get rehired at any given level of job openings. At the moment, with a record number of open jobs — more than 9 million — and an unemployment rate of 5.9%, economists would expect about 1 in 3 unemployed Americans to find work each month. But instead, it’s been fewer than 1 in 4. Put another way, the current rate of hiring is what would be expected if only half as many jobs were available as are. What is going on? 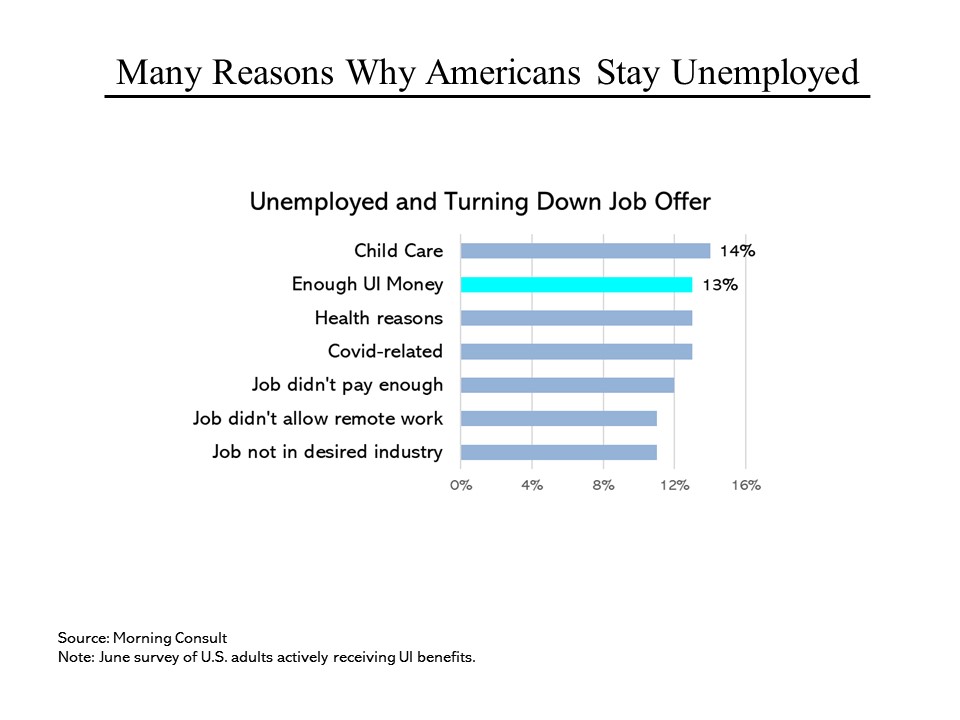 The correct answer: a lot of things. A recent Morning Consult poll found Americans cited in roughly similar numbers at least seven different reasons for not returning to work, ranging from child care challenges to the impact of extra unemployment benefits to jobs that Americans simply don’t seem to want to do anymore. That last category may well have been influenced by the higher jobless payments – if you have enough money to live on, you are likely to be choosier about which job you take. The Morning Consult survey found that 44% of those receiving unemployment benefits are making as much or more than they were in their previous job. And a third of those receiving unemployment said they had received a job offer at some point.

Whatever the reasons, employers have been increasing wages for those near the bottom at a rapid clip, and some states are even offering return-to-work bonuses to those who gain employment and keep the new job. 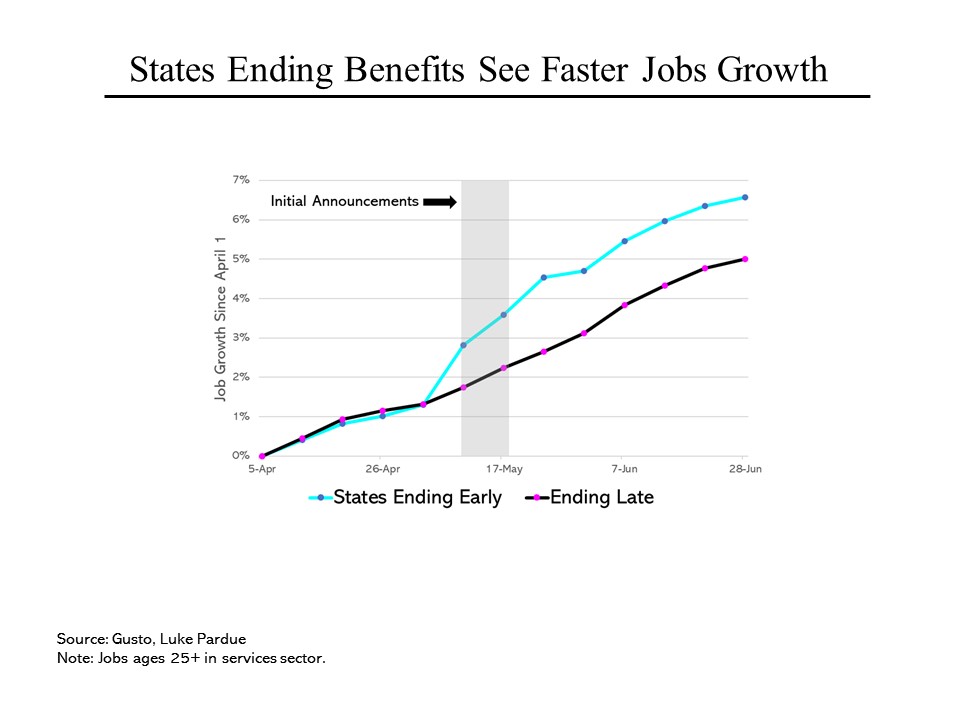 With most “red states” having ended the extra benefits while nearly all “blue states” have retained them, it’s useful to examine the differences in hiring patterns between the two groups of states. The key takeaway is that states that stopped the benefits early experienced a higher rate of hiring of adults than those that kept them in place. But interestingly, in those blue states, employers reached down and increased their hiring of young Americans so that total hiring ended up roughly the same as in red states.