The stock market had its worst day since May on Monday as rising fears about a resurgence in virus cases mounted, atop lesser concerns around rising inflation and potentially slowing growth. Stocks in travel and economically sensitive stocks fell particularly sharply – American Airlines, United Airlines and cruise ship operator Carnival all dropped by 4% to 6%. 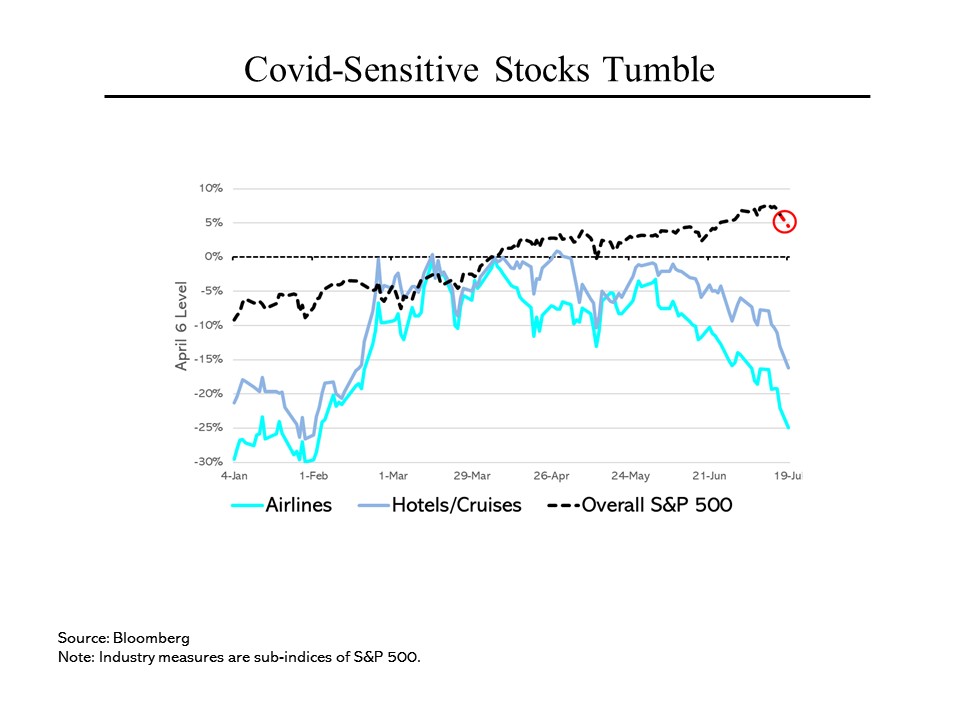 But the broader context of how the market has behaved in 2021 is worth noting. Yesterday’s decline notwithstanding, the S&P 500 index has, overall, had a strong 2021, rising by nearly 16% as of the end of last week. Travel-related stocks had an even stronger first part of the year; through April 6, airlines had risen by 28% while hotels and cruise lines were up by 20%. However, since then, both sectors had fallen significantly, as investors became concerned that expectations for a surge in demand might have become excessive. 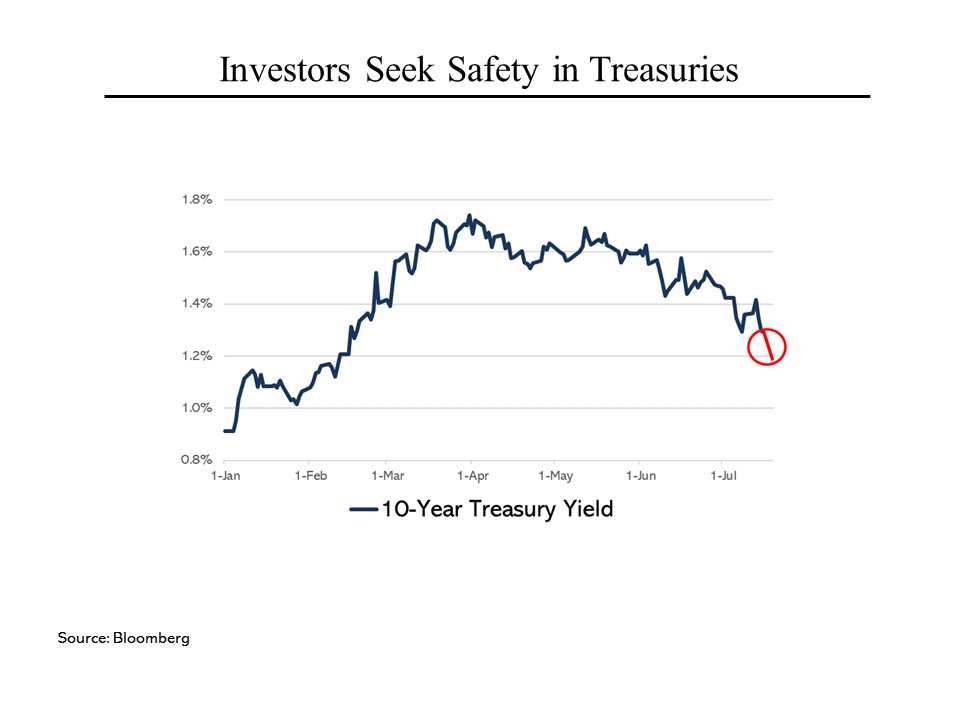 Meanwhile, interest rates on Treasuries also fell sharply yesterday, a typical reaction in times of fear as investors seek safety, as well as a signal that the resurgence of covid had become a significant concern around economic growth. That put Treasury rates back to where they were in February, when vaccinations were just getting underway and the nation was still heavily locked down. 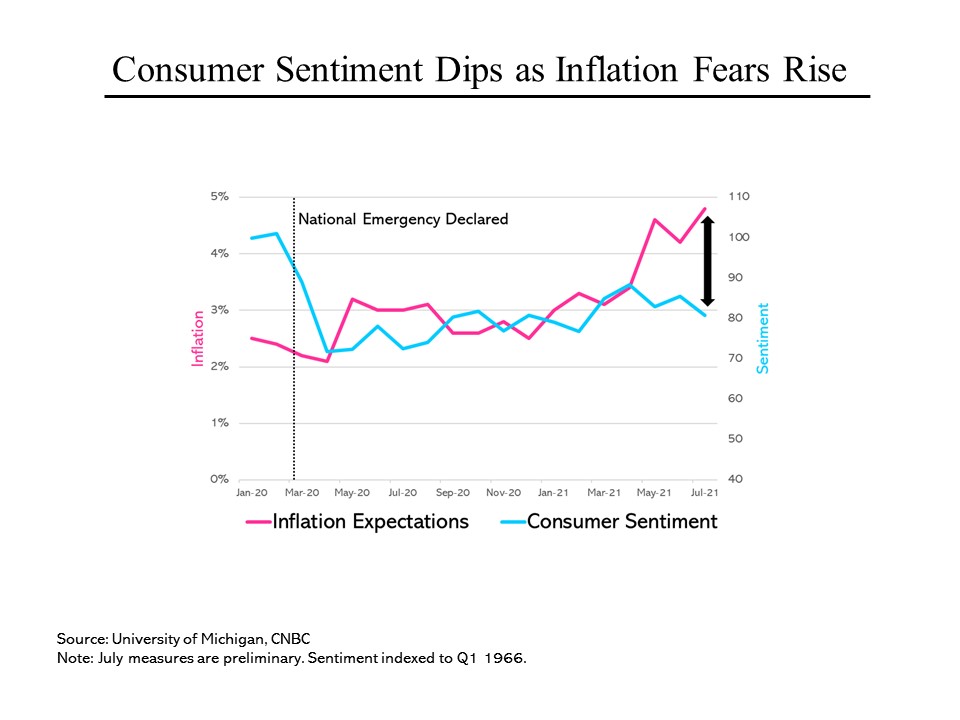 Coincidentally, on Friday, the University of Michigan released its monthly survey of consumers, which found that unlike the financial markets, many Americans have become increasingly concerned about inflation while overall sentiment around the economy has continued a slow decline that began in May. That placed consumer sentiment at its lowest level since February.