On MSNBC’s Morning Joe today, Steven Rattner charted the skyward trend in the market, highlighting the link between interest rates and stock prices that now coincides with record corporate earnings.

Perhaps surprisingly, given the ongoing public health issues, the U.S. stock market has been hitting new records with regularity and for that, investors owe significant gratitude to the federal government. 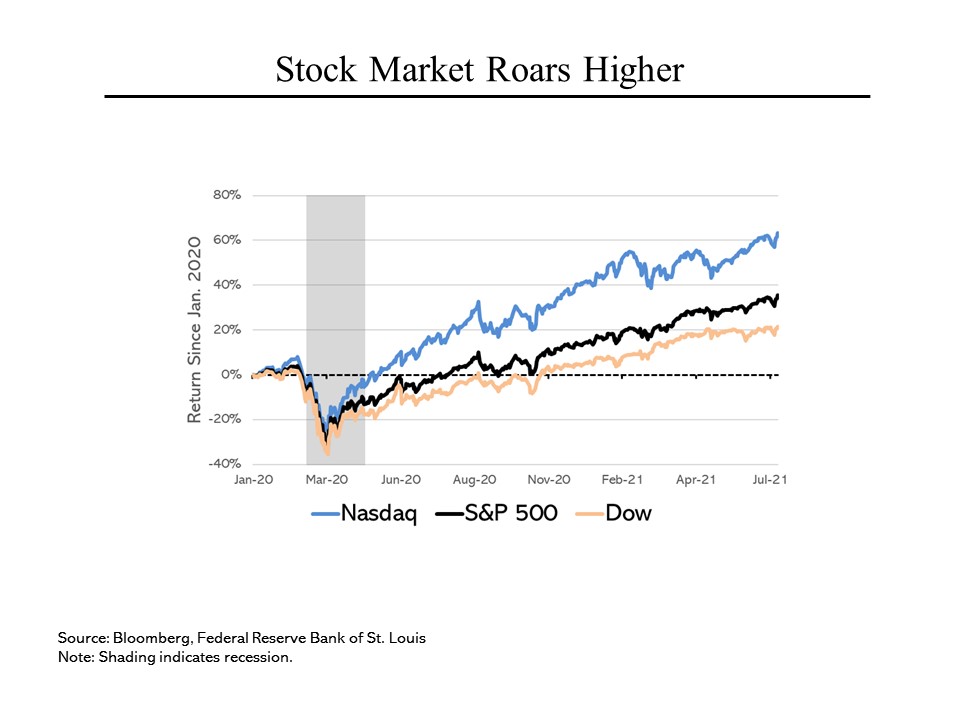 While the public tends to focus on the Dow Jones Industrial Average, it is but one of many ways to chart stock prices and indeed, is often the least accurate measure of market performance. And as it happens, the Dow has been the weakest performer of the three major indices. Since the beginning of 2020, the Dow has risen by 21% while the S&P 500 – the most representative index – is up by 35%. Meanwhile, the Nasdaq has increased by a stunning 63% over the same period.

Why the differences? The Dow Jones index tends to reflect more the performance of “old economy” companies like Chevron and Boeing, the kinds of businesses that have been most affected by the economic disruptions of the past 18 months. At the other end, the Nasdaq is more highly weighted toward technology and other fast growing firms, many of which have continued to prosper. 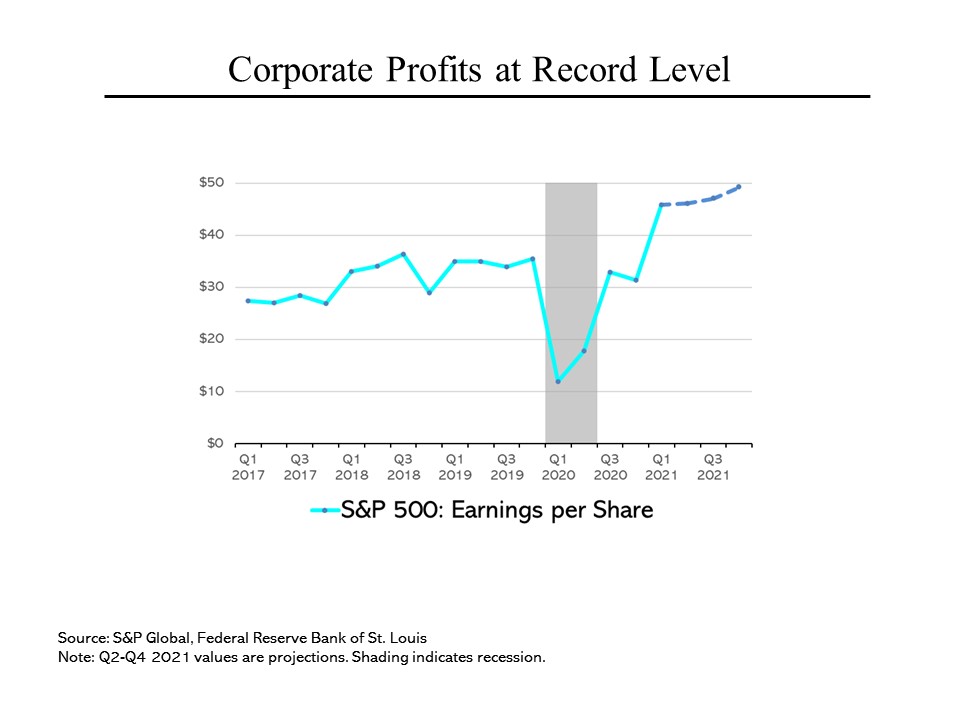 One way that Washington has helped is by pouring trillions of dollars of stimulus into the economy. This has made 2020’s recession the shortest in history, at just two months. (The shaded grey area on this chart.) The quick economic bounce back has in turn aided corporate profits. After dipping in the first half of last year, profits for the S&P 500 quickly rebounded in the third quarter of last year and are now at record levels, with further growth ahead. Part of the most recent jump in stock prices can be attributed to the strong earnings for the second quarter that are now being reported. 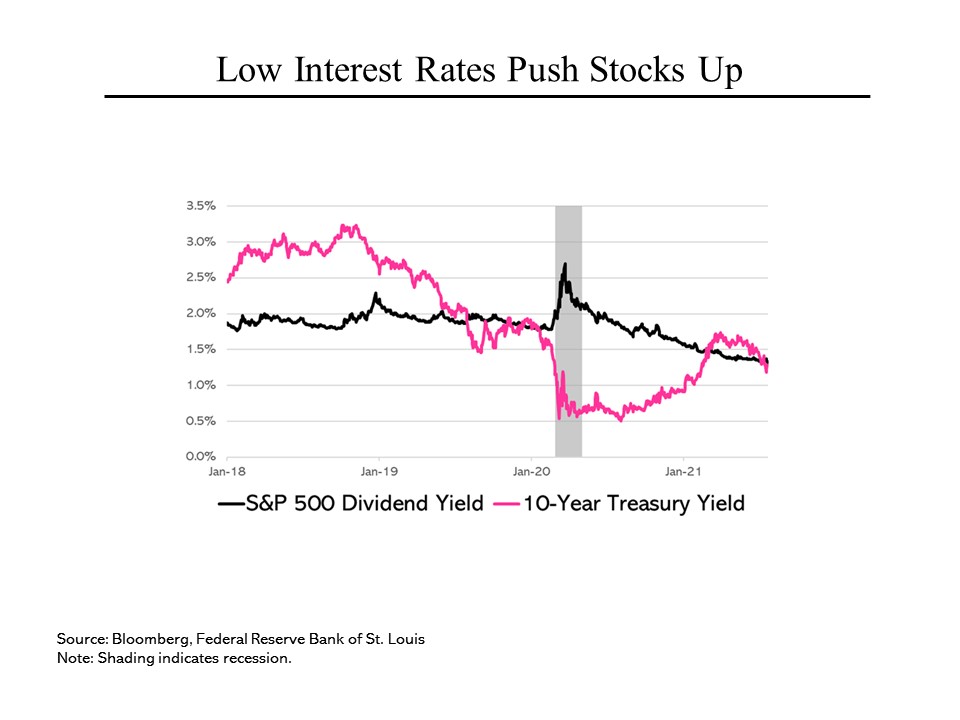 Meanwhile, the Federal Reserve has also played a significant role in buoyant stock markets by flooding the economy with liquidity and driving down interest rates. Low interest rates are the friend of the stock market because they make owning bonds less attractive relative to stocks. Typically, interest rates are higher than dividend yield because owners of stocks also enjoy the prospect of appreciation in the value of shares that they own. But when the pandemic struck, that relationship was reversed; the dividend yield on the S&P 500 rose above 2.5% while the yield on 10-year Treasuries fell to as little as 0.5%. While Treasury yields briefly climbed above the S&P dividend yield this spring, a is now helping push stocks higher.