On MSNBC’s Morning Joe today, Steven Rattner charted the pandemic’s surging housing market, tough for buyers but a boon for sellers who have taken advantage of high demand and America’s ongoing housing shortage, yet another unfortunate legacy of the global financial crisis. 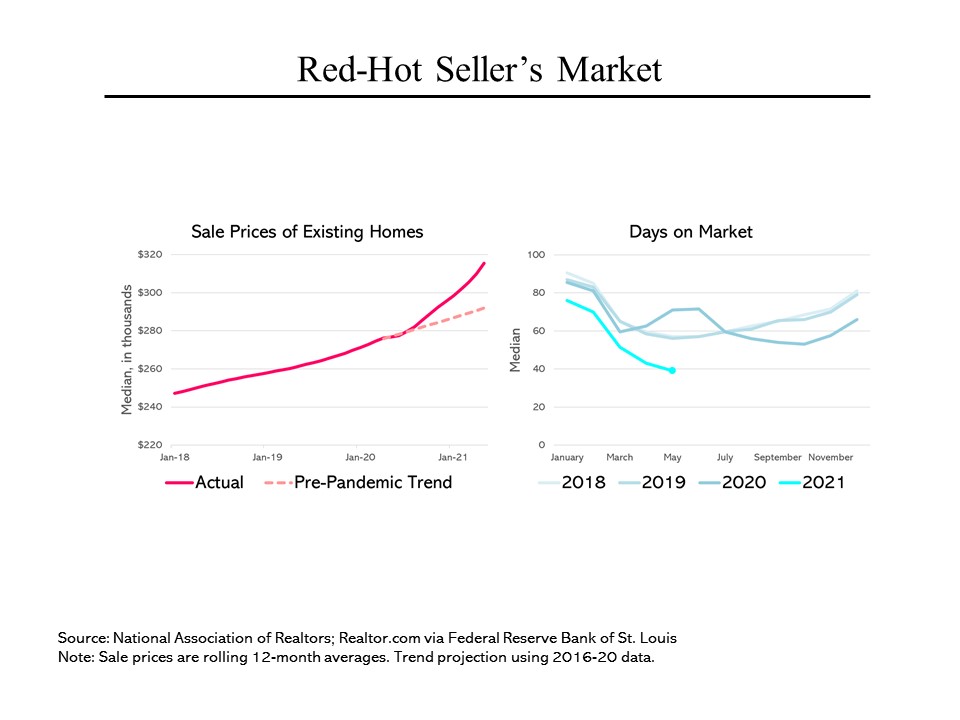 After tumbling during the financial crisis, house prices rose steadily for much of the past decade – until the pandemic hit. For months, they have been on a tear, up a record 14.6% in April, compared to the prior year. On a 12-month basis, the median house price recently hit $315,000 (compared to $290,000 if house prices had stayed on trend). Meanwhile, houses are being gobbled up at the fastest pace in many years. On average, a house only stayed on the market for 39 days in May, compared to 58 days in the pre-Covid periods. 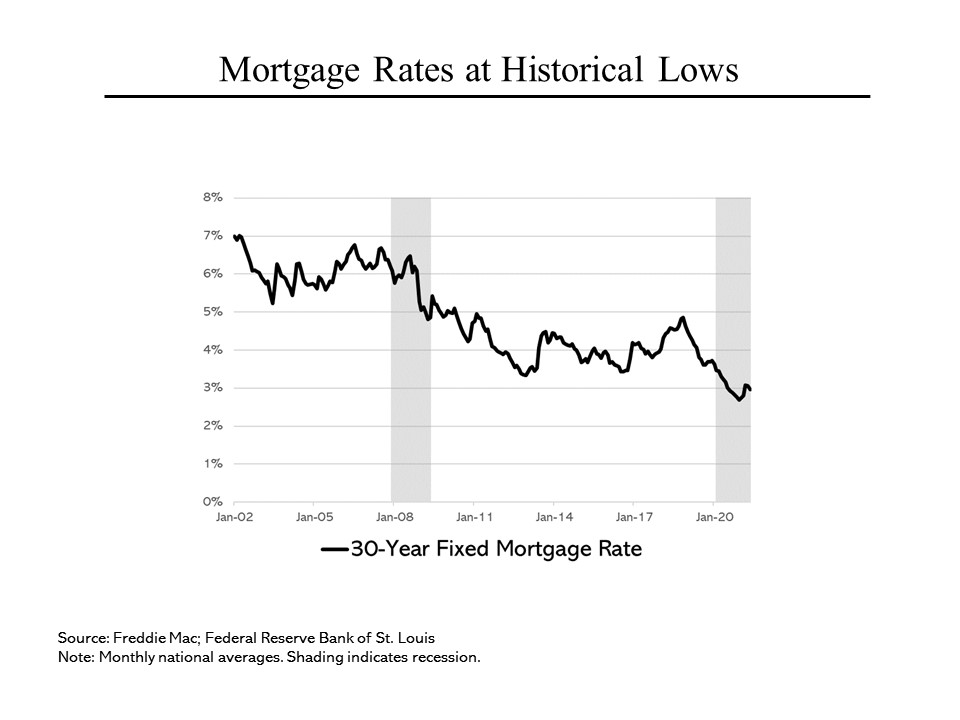 Why have house prices risen so much? One important reason is record low interest rates of around 3%. When rates drop from roughly 4% to 3%, as they did in the early days of Covid, a family’s interest cost drops by almost 28% (because of compound interest), which means that they can afford a substantially more expensive house. In addition, because consumers saved so heavily during Covid, the creditworthiness of a typical household is significantly better. 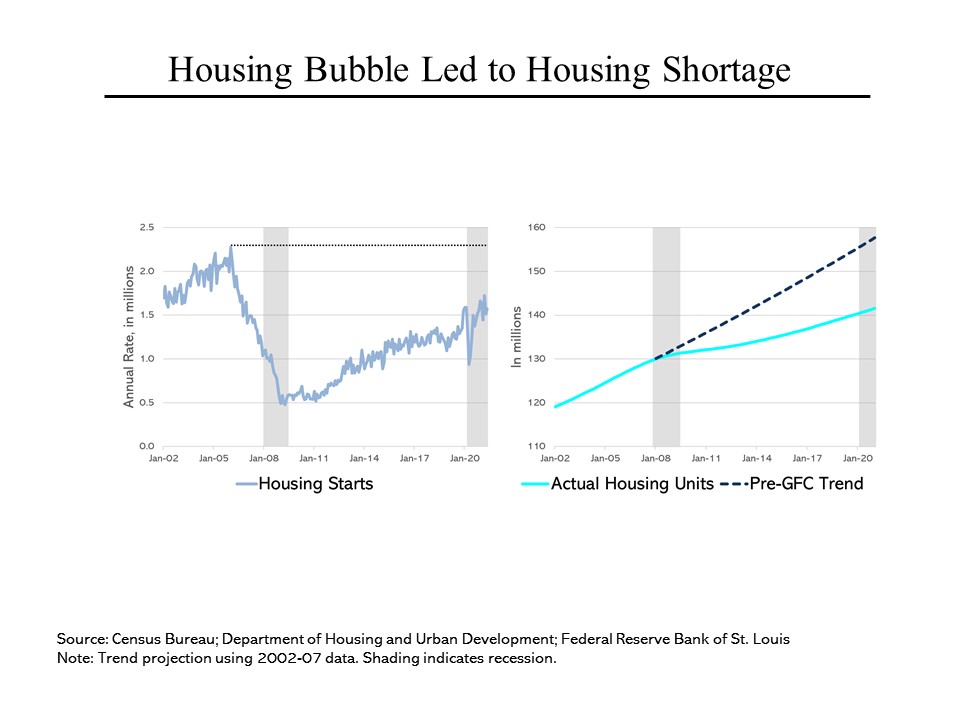 Meanwhile, since the financial crisis, we have been substantially underbuilding houses. From a peak of more than 2 million per year, housing starts fell to less than a million in 2008. While they have been gradually recovering since then, they are still at only around 1.5 million. The result is that we currently have 142 million housing units in the country while population growth and household formation would suggest that we should have around 4 million more.