On MSNBC’s Morning Joe today, Steven Rattner explored why the economy is recovering jobs more slowly than expected—and how businesses and politicians are responding.

Friday’s middling jobs report – better than April but a bit shy of expectations – highlighted a conundrum of the current economic recovery: the disconnect between the demand for workers by business and the seeming reluctance of Americans to reenter the labor force. 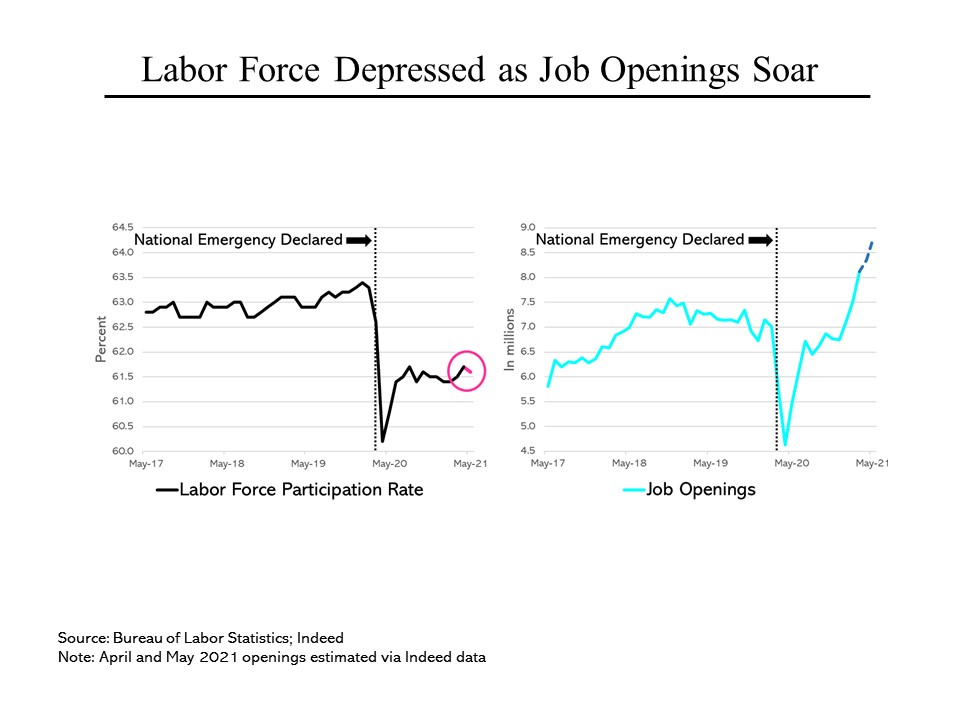 In the early days of the pandemic, the percentage of adult Americans working or looking for a job, which had been rising gradually in preceding years, not surprisingly fell sharply, from nearly 63.5% to just over 60%. Put another way, about 8 million Americans left the labor force. Then, also not surprisingly, as government stimulus kicked in and the lockdowns began to be eased, about half of those who had given up on working reentered. But that number then stagnated and last month, fell slightly.

Meanwhile, the number of job openings has soared to record heights. Business after business has reported having difficulty finding Americans willing to take the jobs that are on offer. Is that occurring because of the $300 a week in special unemployment benefits, which has resulted in some earning more by being unemployed than they earned while working? Is it because of continuing health concerns? Or a lack of childcare? 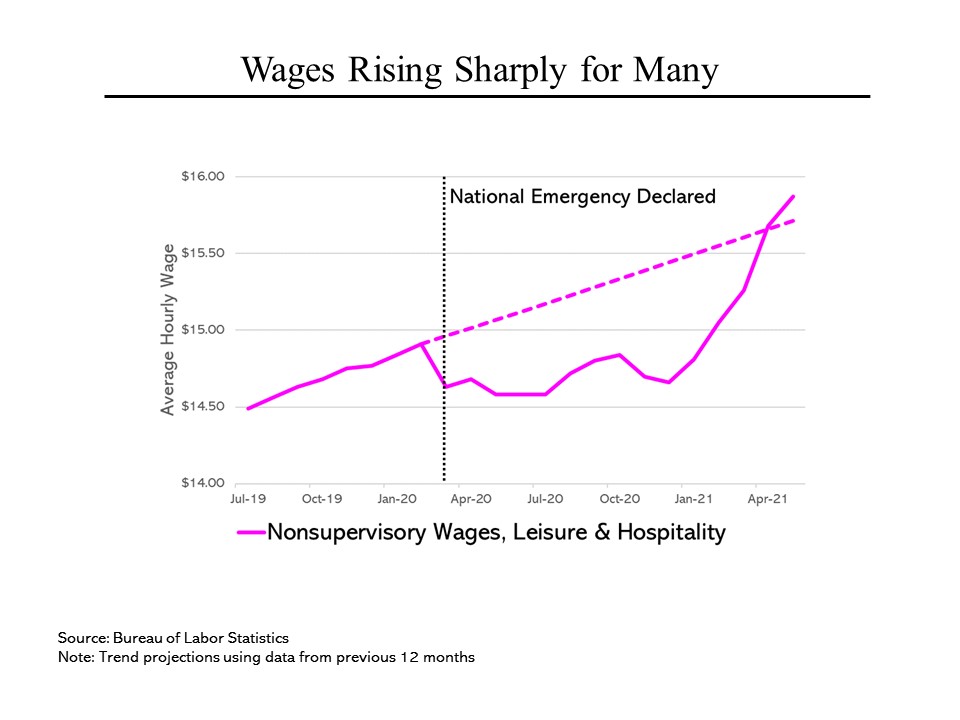 Whatever the reason, businesses have been responding by raising wages. In the leisure and hospitality industry, among the hardest hit by the pandemic, wages initially fell sharply. But since January, as hiring has accelerated, they have jumped, from an average of $14.81 an hour to $15.87 an hour for blue collar workers. That’s a 7.2% increase in just 4 months. That pattern is being repeated to greater and lesser extents across other business sectors. Great news for low paid Americans but another reason why many economists are becoming increasingly concerned about inflationary pressures building up. 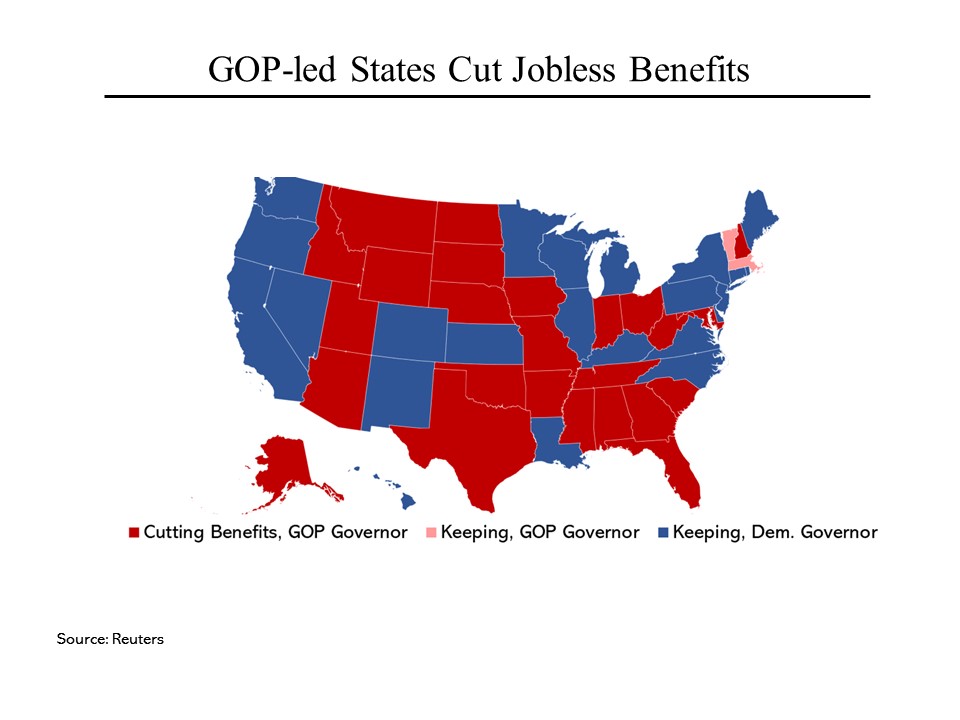 The response to these developments has been sharply divided along party lines. Among the 27 states with Republican governors, all but two (Vermont and Massachusetts) have announced plans to terminate the extra $300 early, before its scheduled expiration on September 6. Meanwhile, not a single state with a Democratic governor has moved to end the extra benefits. In addition, with the support of the Biden administration, states are reimposing requirements that unemployed workers actively pursue finding a new job. And some states, like Arizona, are providing bonuses of up to $2,000 for residents who go back to work.