Steve Rattner’s Morning Joe Charts: Russia Is a Military Power, Not an Economic One

On MSNBC’s Morning Joe today, Steven Rattner charted the wide gap between the economies of the United States and Russia, taking note of the latter country’s outsized military influence despite its much smaller share of global output.

When President Biden sits down today (Wednesday) to meet with Russian President Vladimir Putin, he will be facing an adversary with a tiny economy but one that is still able to punch above its weight in some respects. 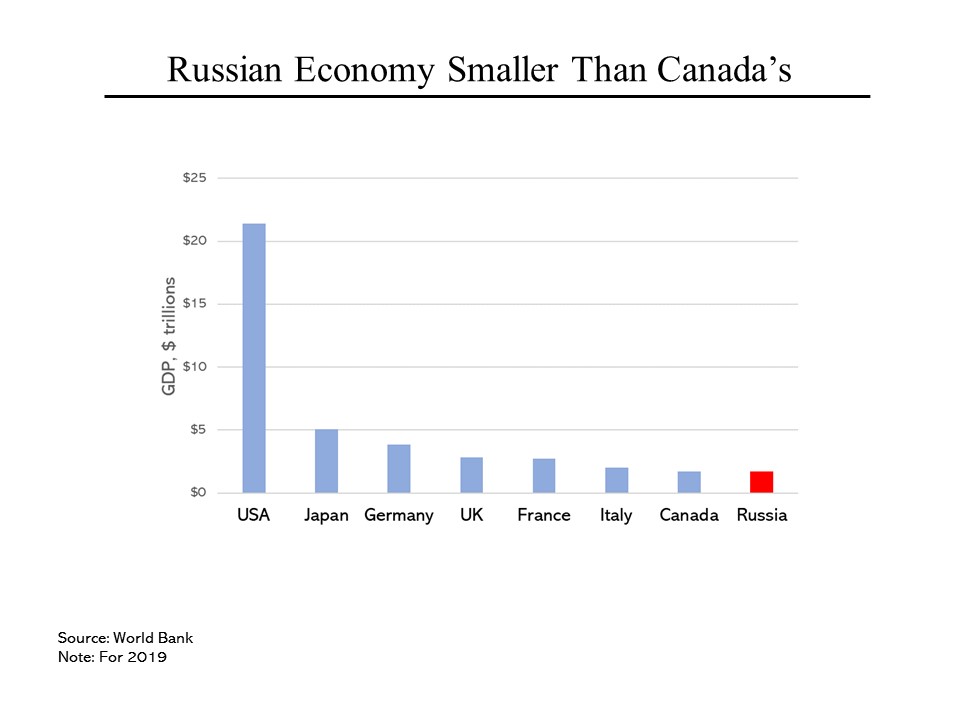 Russia is a huge country by landmass and a large one by population (144 million) but it’s shockingly small by economic size. Its $1.7 trillion economy puts it just below Canada (and all other members of the G-7). Its strongest industry is oil and gas; it is the world’s third largest producer of oil. But it’s also a very undiversified economy, which derives about one-third of its output from oil and gas (compared to 8% for the United States). That dependency has also led to a wildly fluctuating growth rate and one that has generally lagged ours. In 2019, before the pandemic, Russia’s economy grew at just 1.3%, compared to 2.2% for ours. 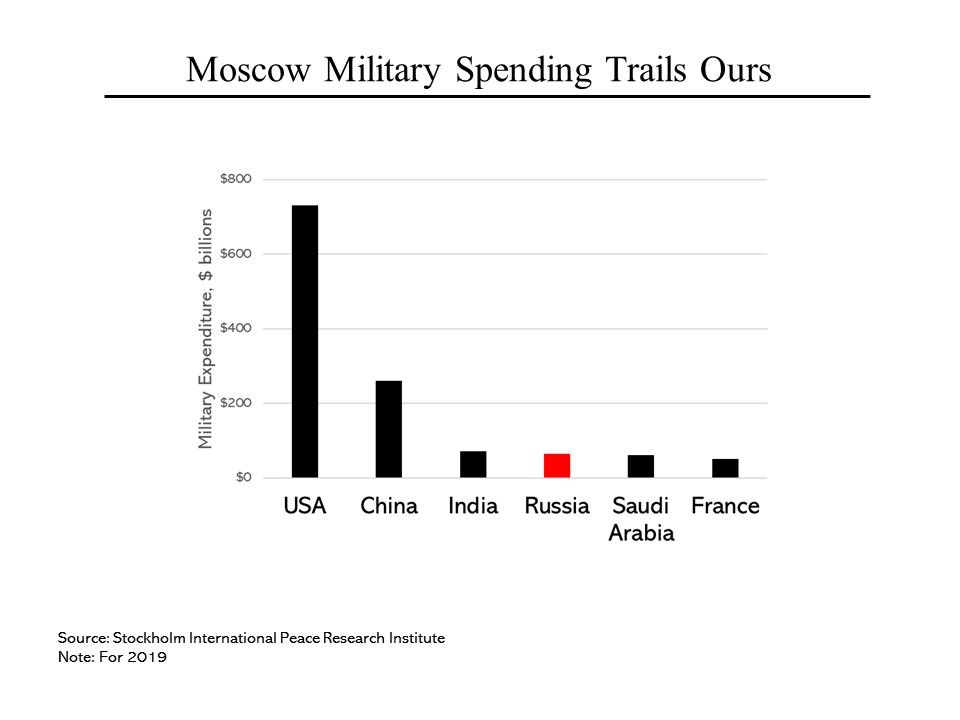 With such a small economy, Russia spends less on its military than most casual observers might guess. In 2019, its military spending totaled $65 billion, compared to $732 billion for the United States. Adjusting for lower costs in Russia would put its spending at around $150 billion, enough to make it the second largest military power in the world. And it has almost the same size military as we do, at 1.4 million members. 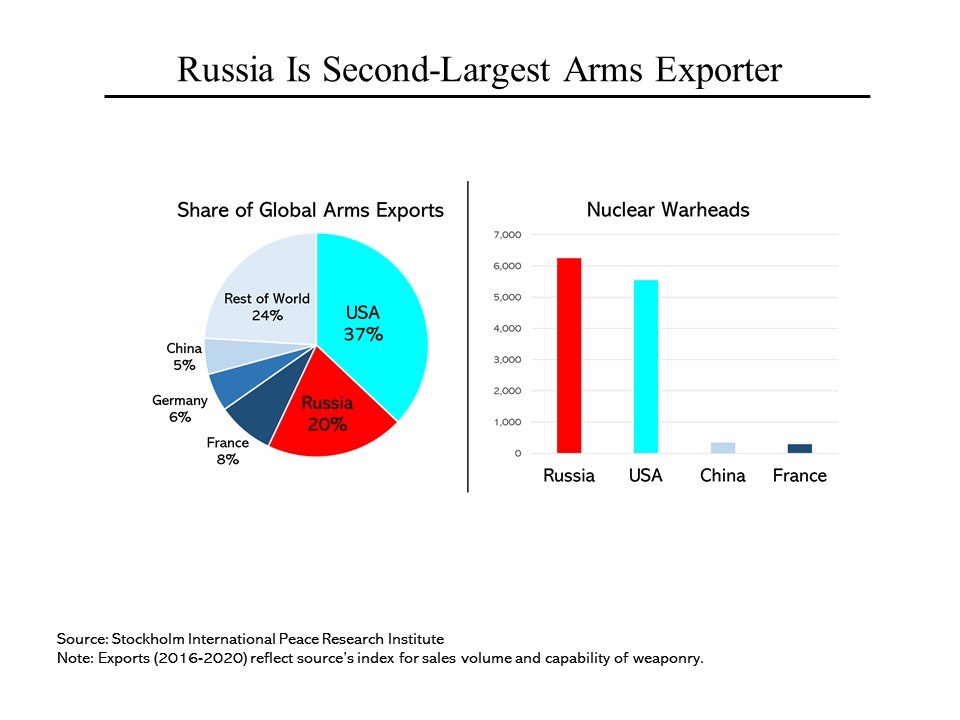 Nonetheless, Russia remains a significant factor in the world arms race in two respects. First, it is the second largest arms exporter in the world, after the United States. The country sells a variety of weaponry including MiG fighter planes, ships, and guided munitions. The largest importers of its weaponry are India and China (the largest importers of American weaponry are Saudi Arabia and Australia). And secondly, it still possesses the largest cache of nuclear weapons, slightly larger than even ours.