On MSNBC’s Morning Joe today, Steven Rattner charted the surge in gun purchases and gun violence during the pandemic, with recent figures portending a devastating year for mass shootings.

The mass shooting last weekend in south Florida was just the latest in a depressing string of bad gun-related news. Regrettably, the nation seems to have become inured to these horrifying events, which ultimately stem, at least in large part, from America’s terrible gun culture. 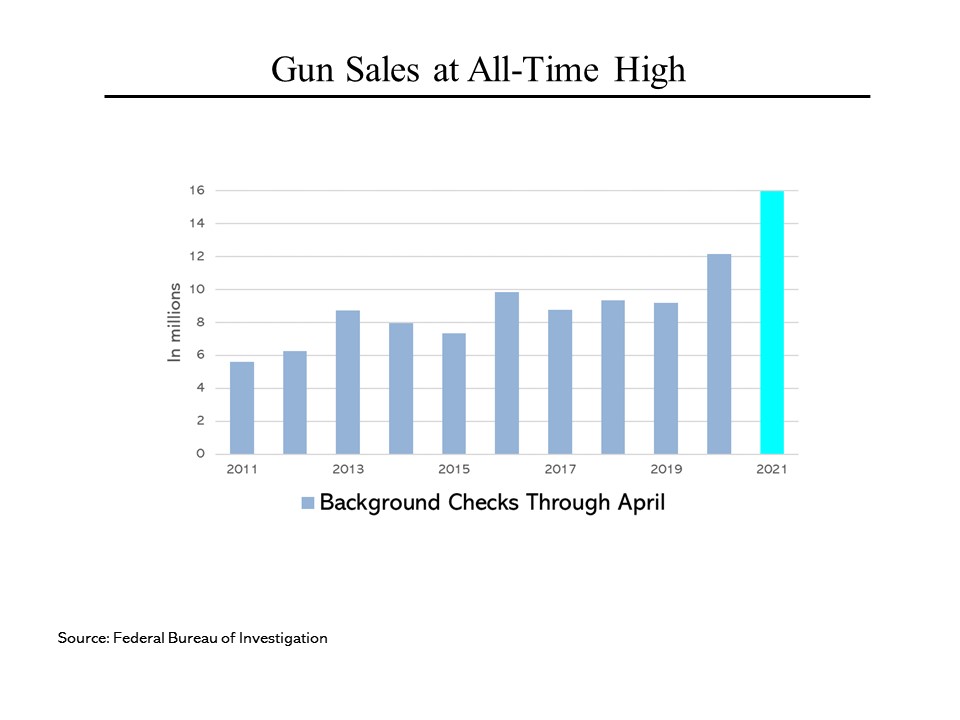 Indeed, after sitting at a plateau for the last several years, gun purchases appear to have jumped during the pandemic, based on FBI background checks, which serve as a good proxy for actual purchases. While this chart compares background checks for the first four months of each of the depicted years, other data suggest that an estimated 6 million guns were sold in the first three months of this year, the most guns ever sold in a three-month period. This puts sales for this year on track to well exceed the nearly 21 million guns that were sold in America last year, which itself was an increase from the estimated 14 million sold in 2019.

What is particularly interesting is that the mix of gun buyers has been shifting. While a majority of gun owners are the stereotypical white males, 20% of firearm purchases in 2020 were by first-time buyers, 40% of whom were women, a fifth of whom were Black and a fifth were Hispanic. In all, nearly 40% of American households now own guns, up from 32% in 2016.

Gun sales often spike after certain events, like fears that regulation may be coming. For example, that occurred after the murder of George Floyd, the presidential election, the Capitol insurrection and the mass shootings earlier this year in Boulder and Atlanta. It also occurred a year ago, when Covid lockdowns began. 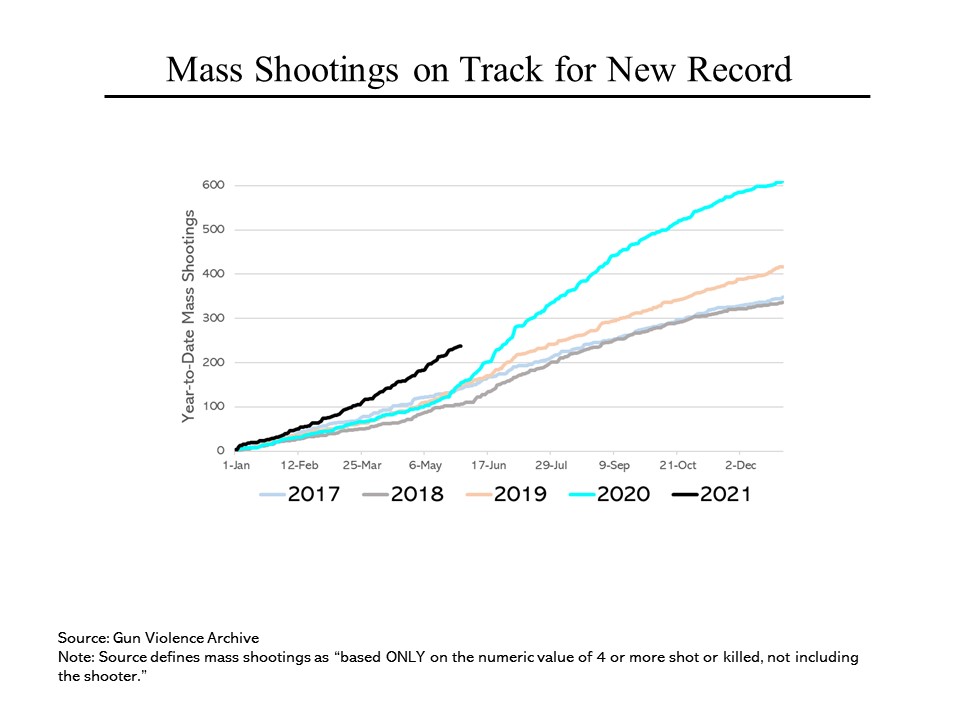 Along with more gun sales have come more mass shootings, particularly after Covid struck. Last year, 610 mass shootings (defined as 4 or more people shot or killed, excluding the shooter) occurred. That was roughly 50% more than during 2019, which itself was the highest number on record. Interestingly, the particularly sharp rise during 2020 appears to be heavily correlated to the outbreak of Covid, a trend that has continued during 2021. Among the reasons: economic hardship in hard-hit communities; school closures, which left many teenagers on the loose; and community groups that normally focus on these issues distracted by handling Covid matters. 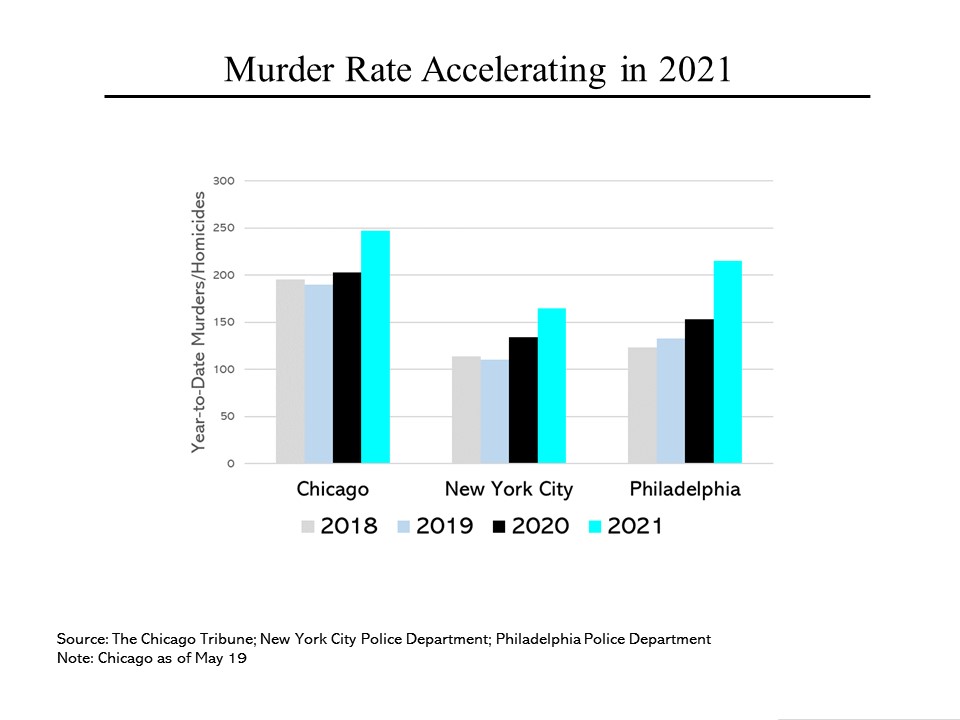 But mass shootings are not the only form of gun violence on the rise; they are just one component of why the murder rate is accelerating. While national figures for 2021 are not yet available, looking at major cities makes this clear. So far in 2021, Chicago has endured 247 murders, up from around 200 during the same period in each of the preceding three years. New York City and Philadelphia exhibited similar trends, although murders in those two cities also rose in 2020. All told in 2020, the national murder rate, which has been declining for decades, is estimated to have reverted back to 1998 levels.

With 2021 looking like it will deliver a still higher murder rate, when are Americans are going to say enough?