On MSNBC’s Morning Joe today, Steven Rattner highlighted the gap in vaccinations between the United States and the European Union, documenting how poor vaccine rollout is yet another symptom of the EU’s longstanding inefficiency.

Europe has been badly lagging among developed countries in getting its citizenry vaccinated, which shouldn’t be overly surprising; the European Union has been a poorly functioning institution for decades and particularly since the introduction of the common currency in 1999. 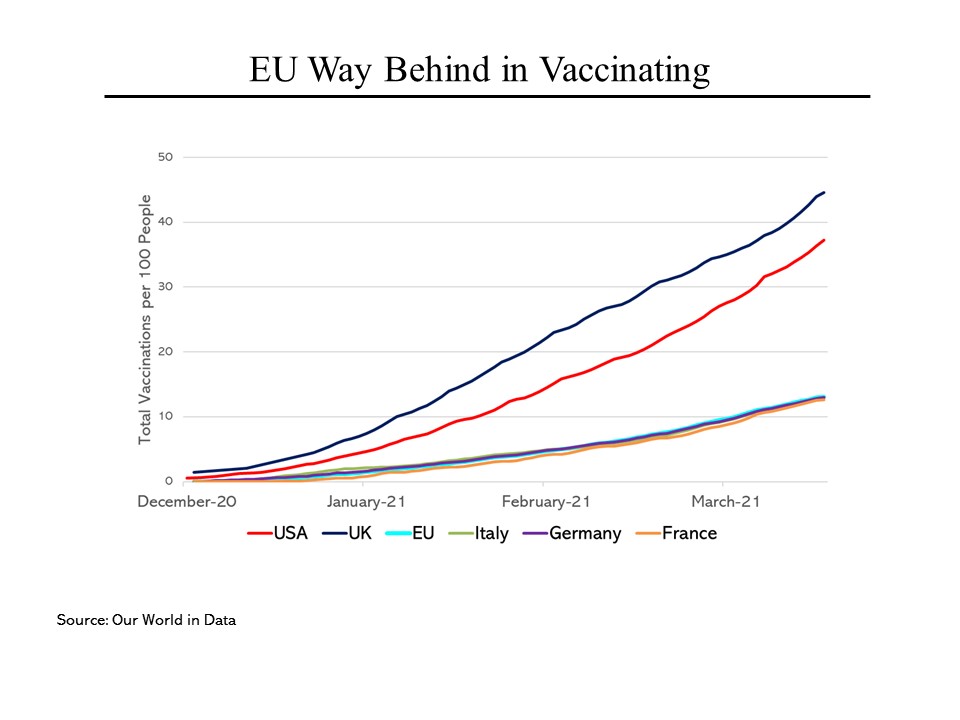 The gap is stark. The United Kingdom has delivered 45 “jabs” per 100 people and the United States is not far behind at 38. Measured by the proportion of people who have received at least one dose, the UK stands at 42% while the US is at 25% in large part because Britain made a decision to delay second doses. But the EU lags far behind with only about 13 doses administered per 100 citizens.

Why? A bit of bad luck but a lot to do with the quasi-dysfunctional nature of the EU. With 27 members (post-Brexit) that have only partially ceded authority to Brussels, the EU has difficulty making decisions, even consequential ones. When it came to vaccines, for example, the drug companies wanted protection from liability, forcing the European Commission to navigate through 27 different sets of liability laws. A “lowest common denominator” kind of decision making resulted in aversion to the risk of the new technology inherent in the Pfizer and Moderna vaccines. Concerns about cost led Europe to AstraZeneca’s cheaper vaccine, whose safety came to be questioned. 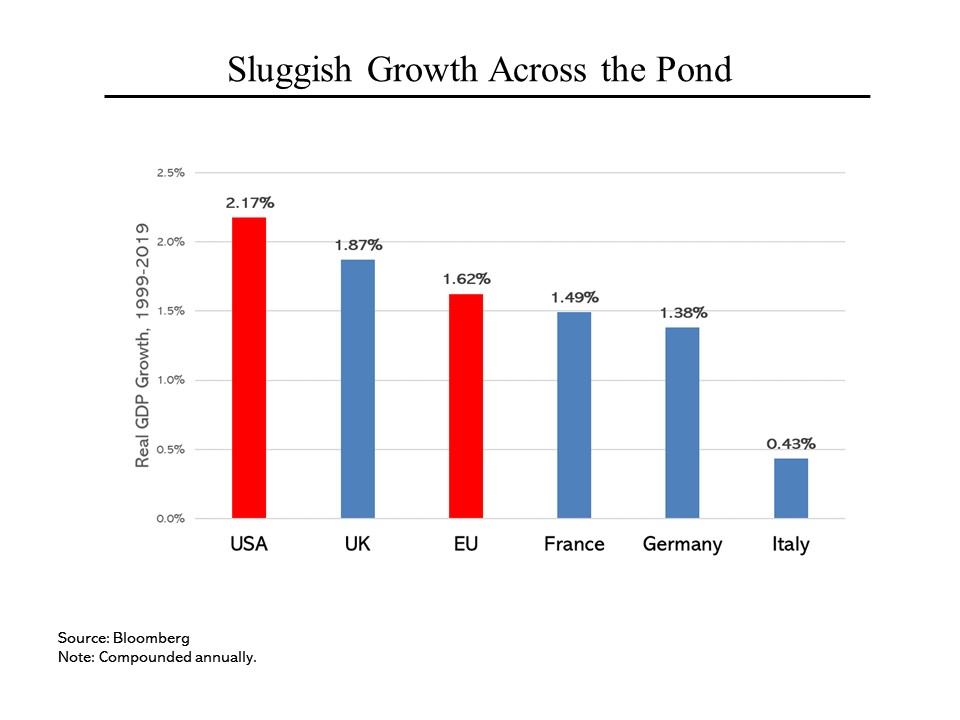 The vaccine fiasco is symbolic of the challenges that Europe has had in functioning effectively, particularly since the introduction of the common currency just over two decades ago. Mired in regulation and bureaucracy, the EU makes the United States look like a paragon of efficiency. The introduction of the common currency added the complexity of running a common monetary policy but separate fiscal policies. That has become glaringly obvious in the continent’s economic performance. Over the 20 years from the introduction of the euro, economic growth in the EU has run substantially behind both the US and the UK. (Among the major countries, Italy, not surprisingly, has experienced particularly weak growth.) 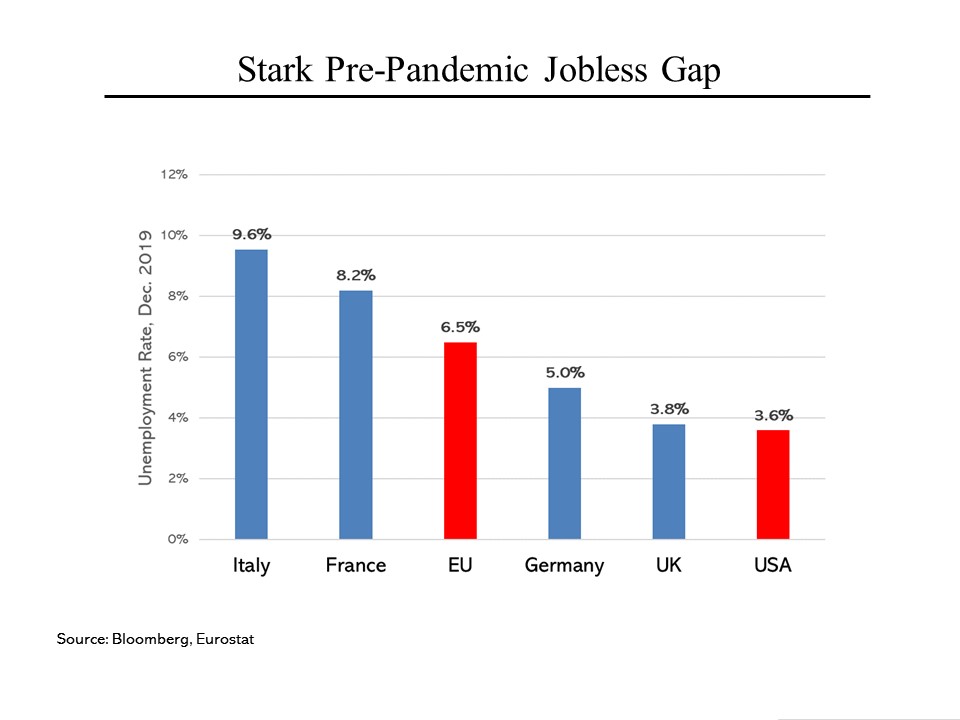 Also not surprisingly, slower growth means fewer jobs and more unemployment. Even before Covid, the jobless rate across the EU (notably, including Germany’s) was higher than in both the UK and the US. And even though many European countries have been subsidizing employers to keep workers on the payrolls during Covid, rather than enduring mass layoffs, unemployment in the EU remains higher than in the UK and the US (although it is lower in Germany).