In the post-Covid world, deficit hawks have become nearly an extinct species. That’s too bad because even as we address our pressing economic challenges, we should keep an eye on what’s happening to our fiscal balance and our debt load. 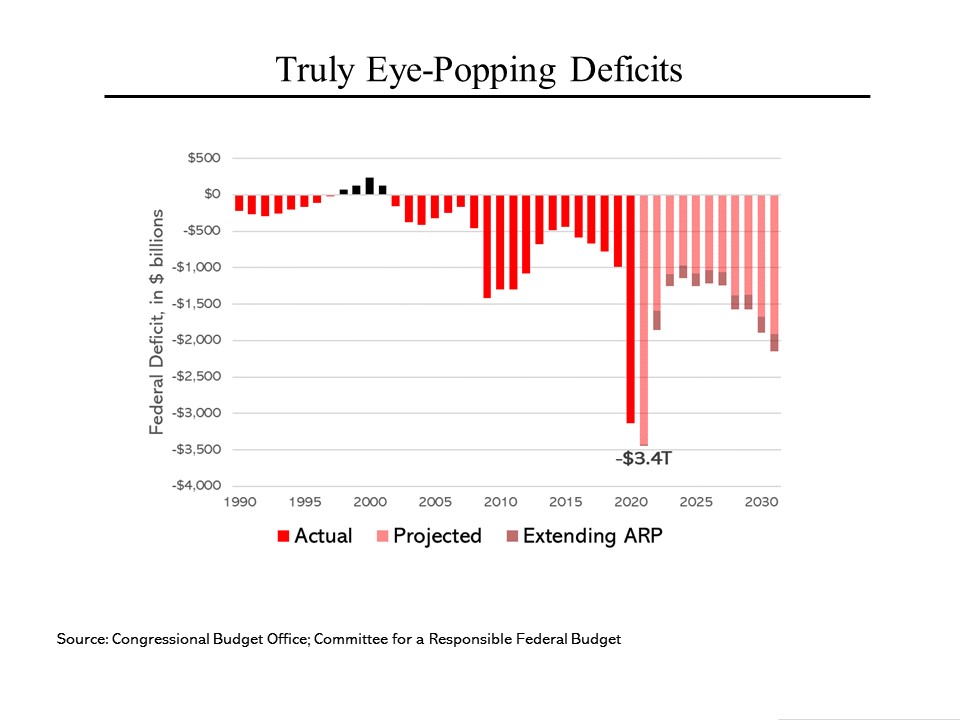 Everyone knows that since Covid hit, we have been spending freely to keep our economy from imploding. But how many people know what that has done to our budgetary health? In just two years, we will have amassed deficits of $6.5 trillion, 50% more than the combined budgetary deficits from 1965 to 2005, after we first lost our fiscal discipline around the time of the Vietnam War. Or putting it another way, our deficits in the four years beginning with the 2008 financial crisis were a comparatively meager $4.5 trillion.

Yes, the deficits are expected to start to drop sharply next year. But those smaller bars only look smaller by comparison. On present course and speed, budget deficits will barely drop below $1 trillion and will shortly begin to climb back up. 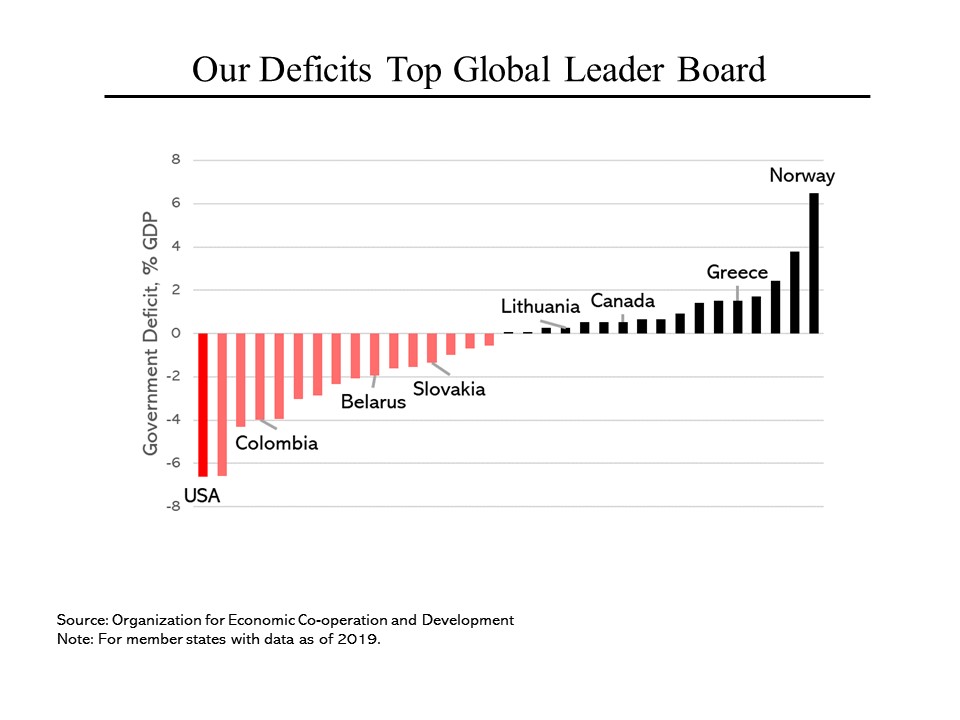 Even before Covid, our fiscal performance was poor compared to the 37 countries that comprise the Organization for Economic Cooperation and Development (for those with data as of 2019), as measured as a share of the size of each country’s economy. After us comes Australia. And then it drops off sharply to #3, Mexico. What is also remarkable is that in 2019 roughly half of these OECD members were running surpluses. Even Greece, which was essentially bankrupt in 2010, was running a budgetary surplus prior to the pandemic. (In part because of its North Sea oil, Norway has historically been particularly fiscally prudent.)

Note that OECD members include countries like Colombia, Belarus, Slovakia and Lithuania. 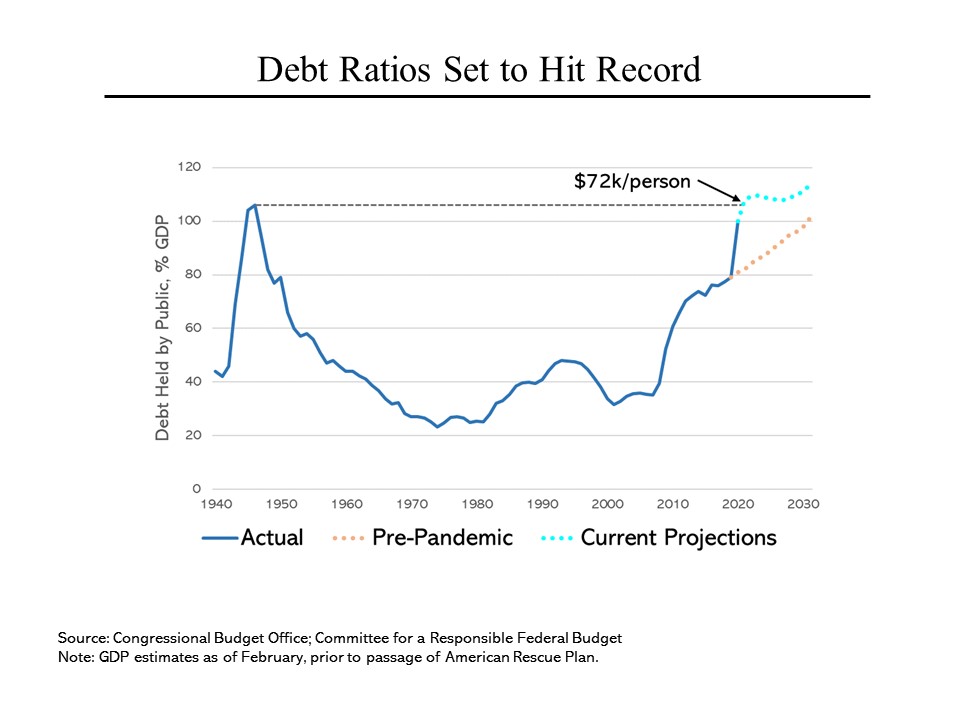 All those deficits have added mightily to our debt burden, which is set to shortly reach (and then eclipse) our past record level, set for obvious reasons during World War II. Putting it another way, by the end of this year, we will have a national debt of $72,000 per American. To place that in perspective, that’s about twice the annual earnings of a typical American worker.

How have we amassed such a large debt burden compared to other countries? In part because we can. As the world’s reserve currency, investors have been willing to buy our debt; a third of it is held by foreigners, led by Japan and China.