On MSNBC’s Morning Joe today, Steven Rattner contrasted President Joe Biden’s $1.9 trillion American Rescue Plan with former President Trump’s $1.9 trillion Tax Cuts and Jobs Act, showing the dramatic change in the philosophy of government, in favor of doing more to help those who most need it.

Elections have consequences and one of the most dramatic examples of that can be found by comparing the first signature pieces of legislation passed by Donald Trump and Joe Biden. In barely an instant, the change in administrations has brought a fundamental change in the philosophy of how government should help people and whom should be helped. 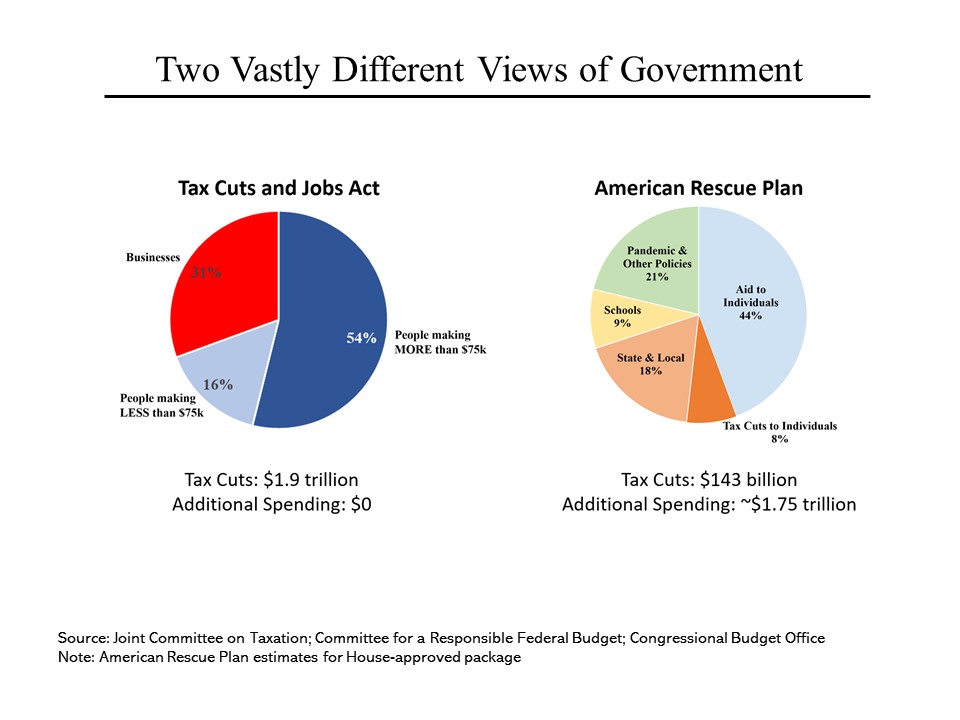 President Trump’s massive Tax Cut and Jobs Act was, in reality, simply a trickledown economics nod to the Republican concept of shrinking revenues to shrink government. Its $1.9 trillion of tax benefits was given vastly disproportionately to business and to wealthy individuals. Only 16% of the huge amount went to Americans making less than $75,000 a year. President Biden’s American Rescue Plan focuses on the spending side of the ledger and reinvigorates the belief that government can solve problems by acting in a more muscular fashion. More than 90% of its $1.9 trillion price tag consists of increased spending and more than half of the total cost is aimed at helping individual Americans, particularly those closer to the bottom. (The balance of the ARP is designed to counteract the effects of the pandemic, both directly and by funneling large amounts to state and local governments.) 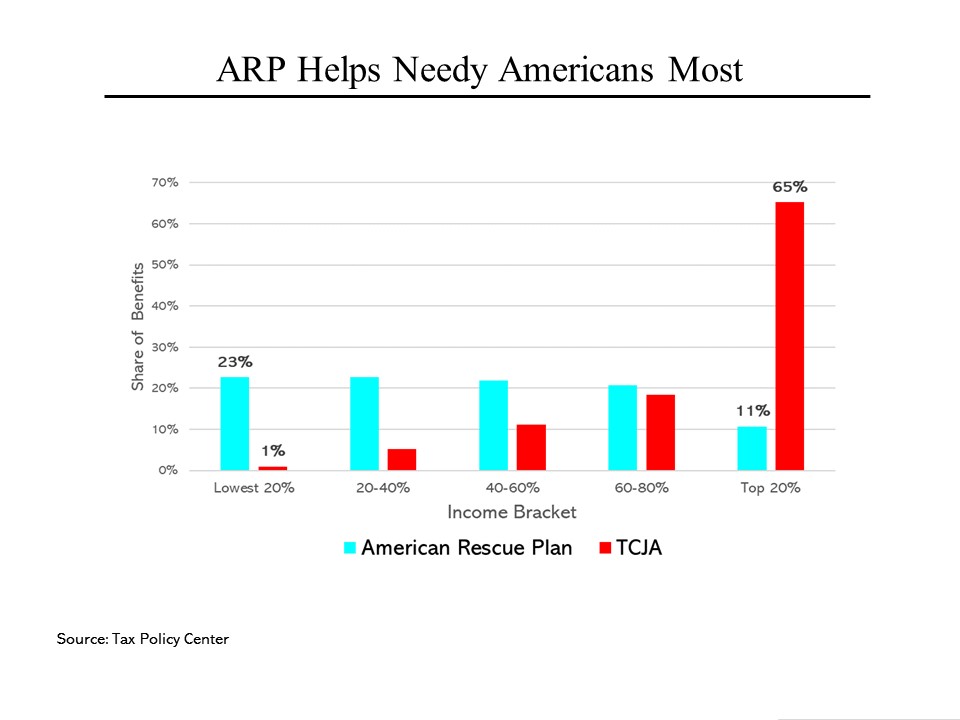 Just as striking as the shift from tax cuts to spending increases is the shift from helping the wealthy to helping those more in need. The left hand side of this chart shows that nearly a quarter of the benefits from the ARP will go to Americans in the bottom 20% of the income ladder, compared to just 1% of the TCJA’s individual tax cuts. At the other end, only 11% of the ARP’s benefits are allocated to the top 20%, compared to 65% under the TCJA. And even within the top 20%, the principal benefit – the $1,400 checks – is now completely cut off at $160,000 for a married couple. 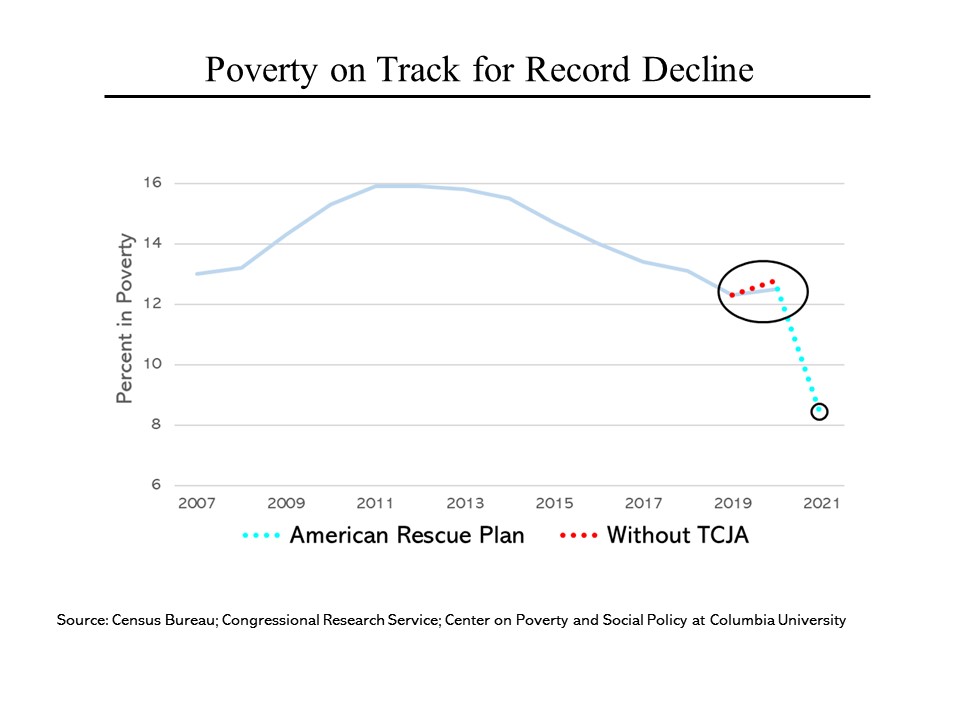