Steve Rattner’s Morning Joe Charts: How Much Relief Is Enough?

On MSNBC’s Morning Joe today, Steven Rattner provided context for the American Rescue Plan, contrasting it with insufficient fiscal spending during the Great Recession and detailing why in 2021 upcoming relief actually surpasses need.

The House of Representatives is expected to pass President Biden’s American Rescue Plan today with few changes from the president’s proposal. That’s too bad. While we still need more government action to help restore our economy, the ARP is simply too big and wastes too much money. 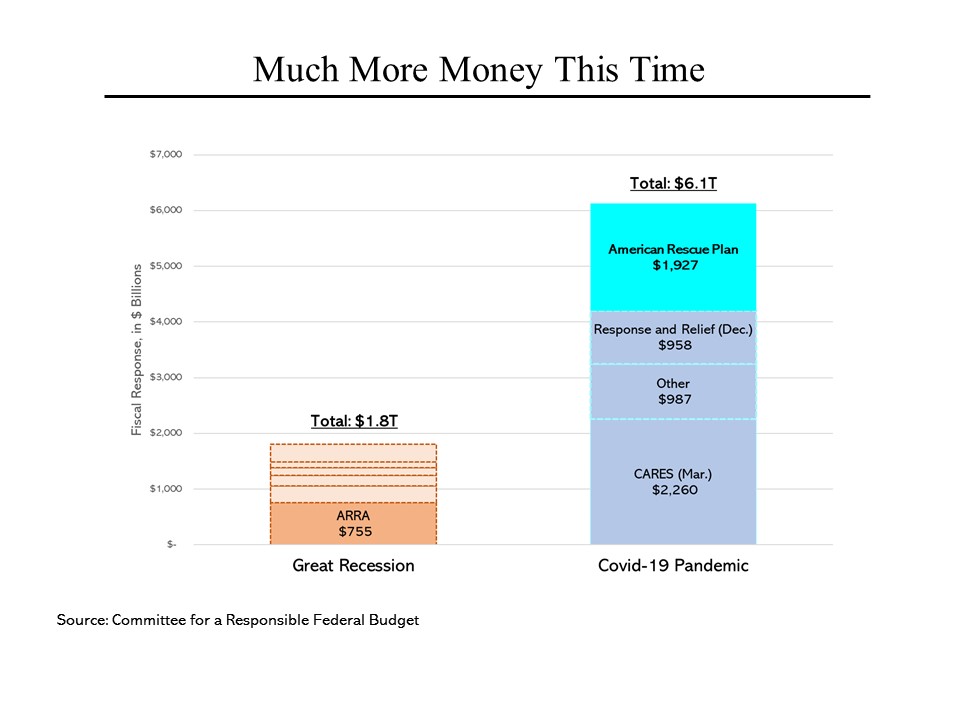 For starters, compare the combined size of the various Covid-related packages to what the US government did back in 2009, in the context of the Great Financial Crisis. That effort – at its time the largest economic intervention since the Great Depression – ultimately totaled just under $2 trillion. In comparison, the new $1.9 trillion package comes on top of more than $4 trillion of money appropriated by Congress over the past year. It’s also important to note that $1 trillion of previously approved funds have yet to be spent.

Our rescue efforts also dwarf what other major countries have done – 50% more in relation to the size of each economy than what any other country has done. (The United Kingdom, Australia and Japan have been the next most aggressive nations.) 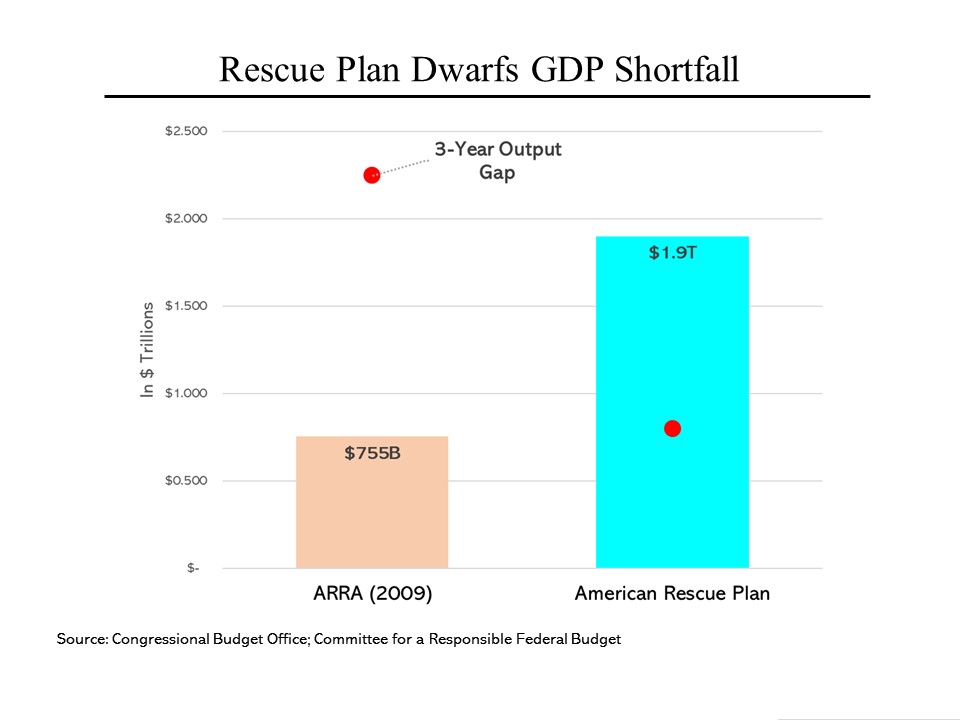 Part of the impetus to do more this time around is that the bulk of economists agree that too little was done last time, especially at the start. The bar to the left shows the initial Obama package, the American Recovery and Reinvestment Act. The red dot above it shows, essentially, the hole in the size of the economy that policymakers were trying to fill. Now look at the blue bar to the right; it is not only vastly larger than ARRA but the red dot is much lower because of the $4 trillion already spent or on its way to being spent. 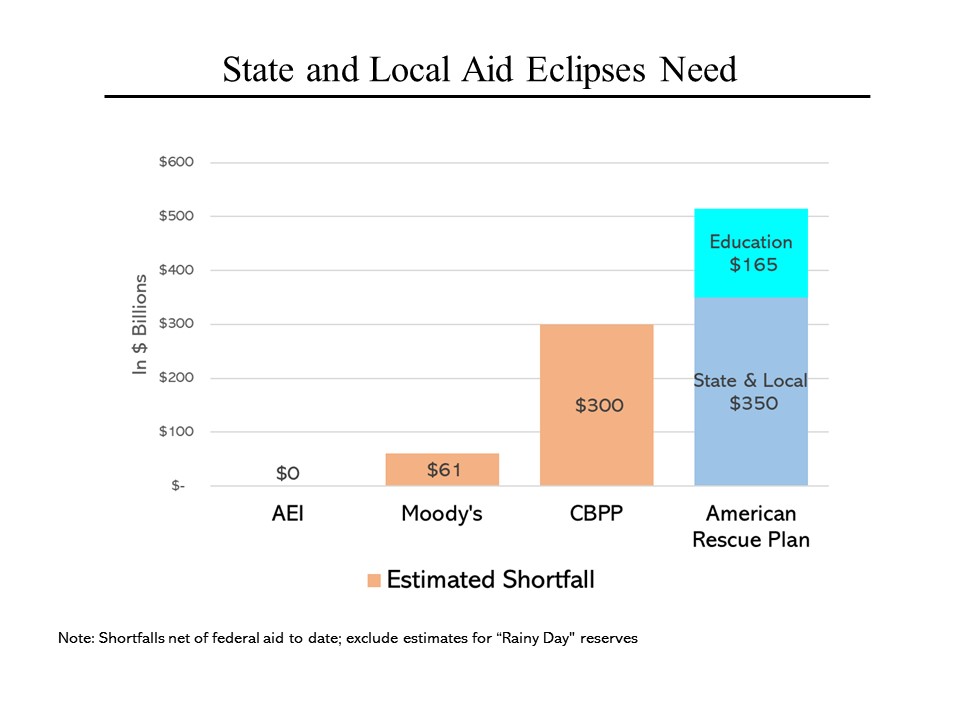 One example of the overkill in the legislation is the $515 billion of additional money for states and localities, including for education. That comes on top of an estimated $360 billion appropriated last year for this purpose (much of which has yet to be spent). Calculating how much should be devoted to this important purpose is complicated but even left-leaning organizations have come up with smaller needs than what is in the ARP. That’s partly because state and local finances have held up better than most experts predicted. California, for example, is now looking at a $25 billion budget surplus, in part because of capital gains revenues from soaring technology stocks.

The right-leaning American Enterprise Institute thinks the number is zero. Moody’s Analytics believes the number is $61 billion. And even the Center on Budget and Policy Priorities has put forward a $300 billion number.