Almost lost amidst last week’s nightmare in Washington was a terrible employment report on Friday – the first loss of jobs since the Covid-related collapse in employment back in April. 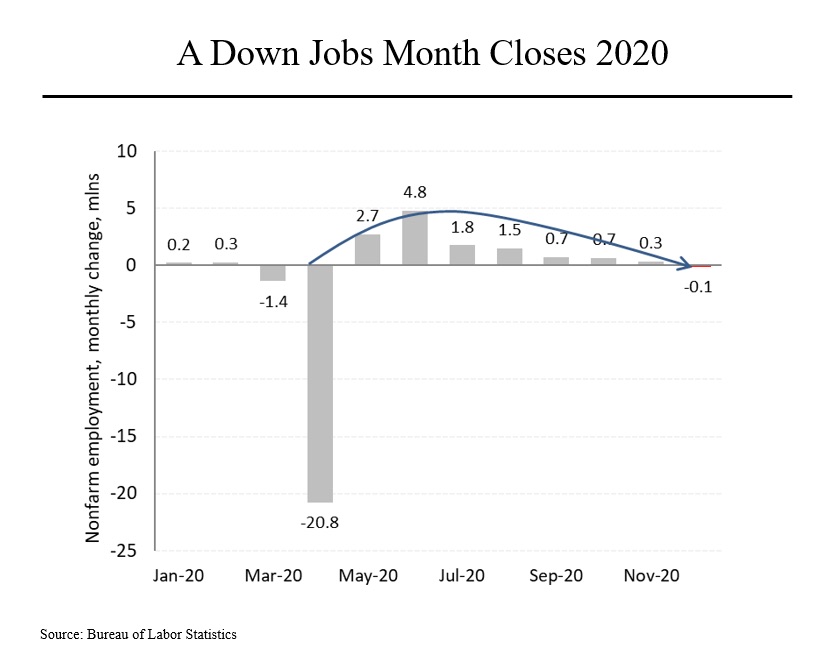 The loss of 140,000 jobs – against expectations for a gain of 75,000 – was, in a sense, the culmination of months of weakening jobs reports. After bouncing back in May and June, the economy had added fewer jobs each month than the month before. And then came December. That leaves the scoreboard at 22.2 million jobs lost and just 9.8 million – 56% –  recovered, with fears that January could be another tough month. It also leaves Donald Trump as the first president since Herbert Hoover to have had a net loss of jobs over a four year term. Pretty ironic for a man who, before Covid, had routinely bragged (falsely) about being the greatest job creating president in history. 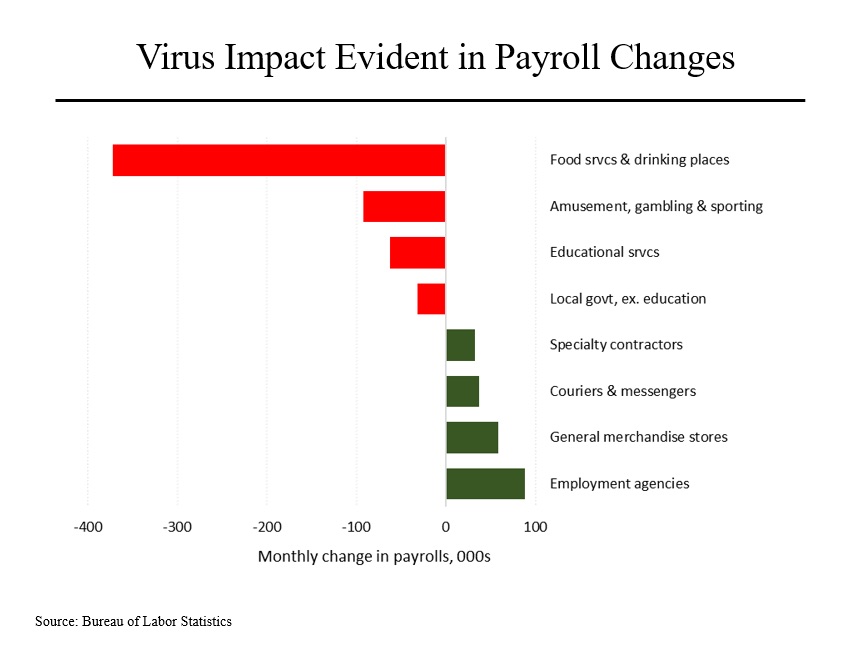 Like so much about the virus, the impact of Covid has been hugely disparate. More than 2 ½ times as many jobs were lost in bars, restaurants and food services than the 140,000 net jobs lost (meaning that the other employment categories as a group added jobs). Another 92,000 jobs were lost in recreation, including gyms. Private educational colleges, university and the like shed 63,000 workers. And local governments, whose finances have been hurt by flagging revenue and rising costs, have been cutting back.

A few sectors showed improvement. For example, as Americans have been more confined to their homes, they have been engaging (or trying to engage) specialty contractors like plumbers and electricians. Business has also been strong for couriers and messengers as well as for general merchandise stores like Target and Walmart. Lastly, virus-related workplace disruptions have increased the need for employment services like temporary staffing. 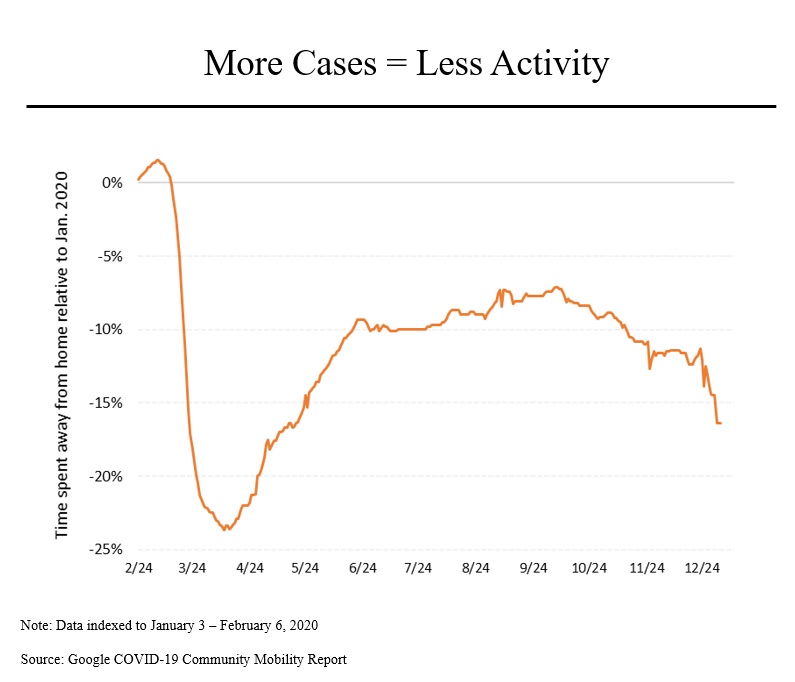 Against this backdrop, President-elect Biden has wisely made another economic rescue package his first priority. But while Americans who have been particularly hurt by the downturn certainly need help, the bigger problem at the moment is that the surge in virus cases has caused Americans to curtail their movements, sometimes voluntarily, sometimes because of government restrictions. After dropping sharply in the first stage of the pandemic, time spent away from home climbed back up in the spring, ultimately getting to about 7 percentage points below pre-Covid levels. But since then, this indicator has dropped sharply and mobility is now more than 16% below last winter’s levels. That augurs poorly for economic activity – and for January’s jobs report.