On MSNBC’s Morning Joe today, Steven Rattner detailed President Biden’s plans to reorient federal purchases towards American-made goods and why, unfortunately, such executive action is unlikely to move the needle for manufacturing jobs and union membership.

In his latest executive order, President Biden took aim at the vexing problem of declining manufacturing jobs and falling union membership. But in part because of international trade agreements, the magnitude of the problem is far greater than what the new president was able to mandate. And there are questions about how many jobs, on an overall basis, his new policy will save—or lose. In that context, Mr. Biden’s announcement represents an important statement of intent, even though its impact on the economy is likely to be minor in the context of the size of the problem. 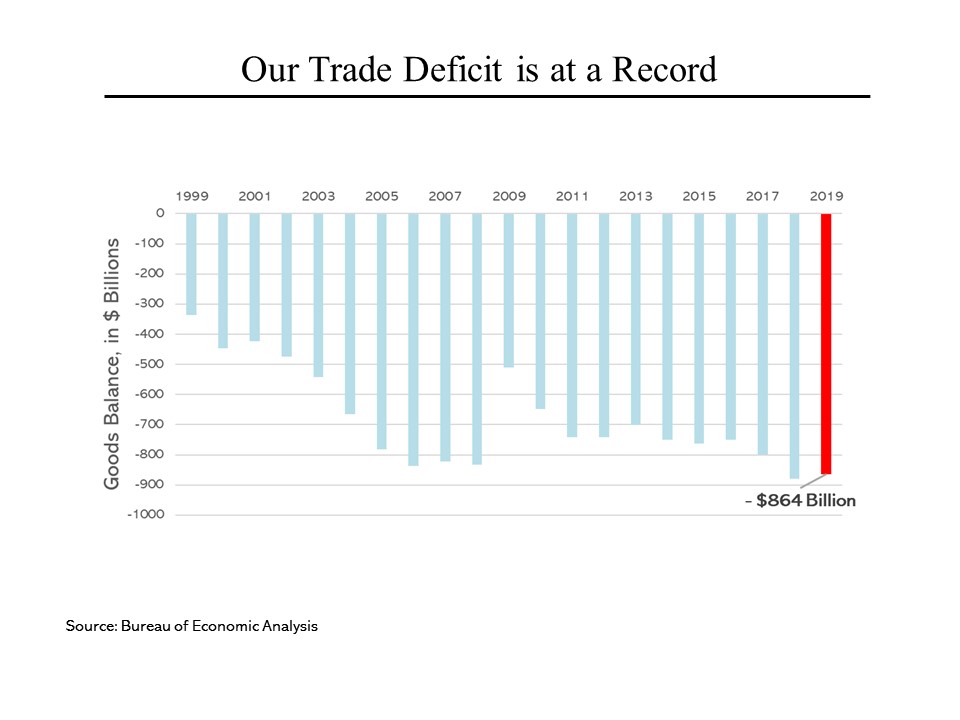 At its root, the problem of manufacturing jobs is heavily tied to our growing deficit in trading goods with the rest of the world. Perhaps ironically, this is an issue that former president Donald Trump was also focused on—although without any visible success. While a trade deficit is not necessarily a terrible thing, it does signal that we are making fewer things and buying more from overseas. That’s not surprising for two reasons: First, for decades, we have been liberalizing trade agreements with many countries around the world, including China. And second, many countries, particularly those in emerging markets, have gotten better and better at making things with lower-cost labor.

That has meant many things that Americans buy—from furniture to electronics to toys—are cheaper (and in some cases, better) because they are made outside the United States. 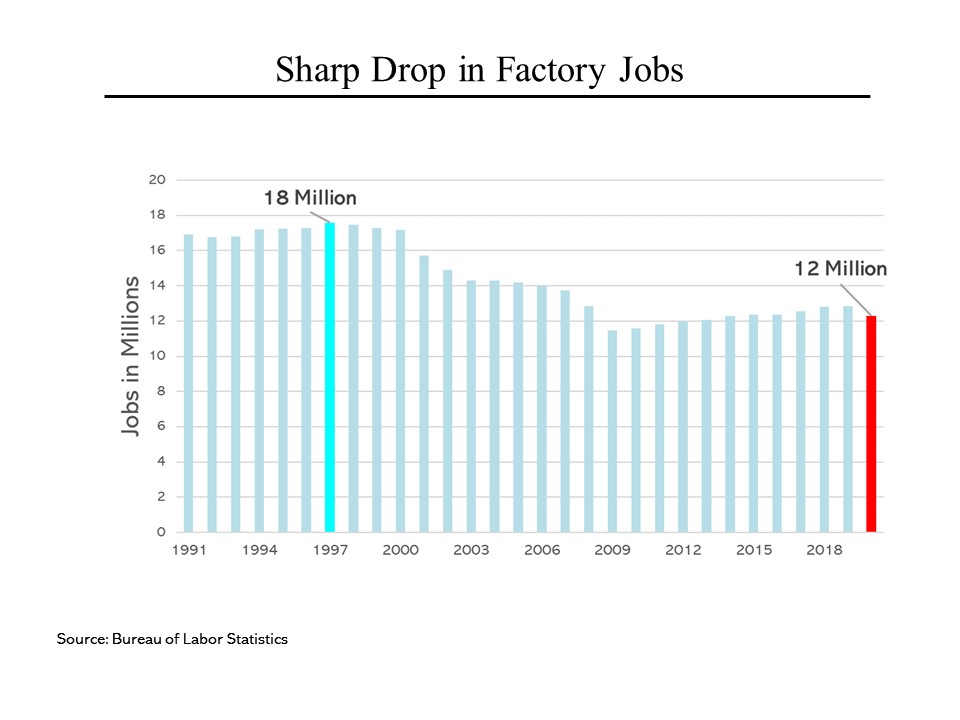 But what economists missed was that the overall improvement in consumer welfare would be at least partially offset by pressures on wages and outright job losses in the manufacturing sector. Back in 1997, when the domestic labor force totaled 125 million, 18 million Americans worked in factories. Starting in around 2000, that number began to drop sharply. (Coincidentally or not, China was admitted to the World Trade Organization and received permanent most favored nations status in 2001.) The rate of decline accelerated during the great financial crisis and then started to slowly recover. But our manufacturing job count is still hovering around 12 million—with a workforce that is 22% larger than it was in 1997. 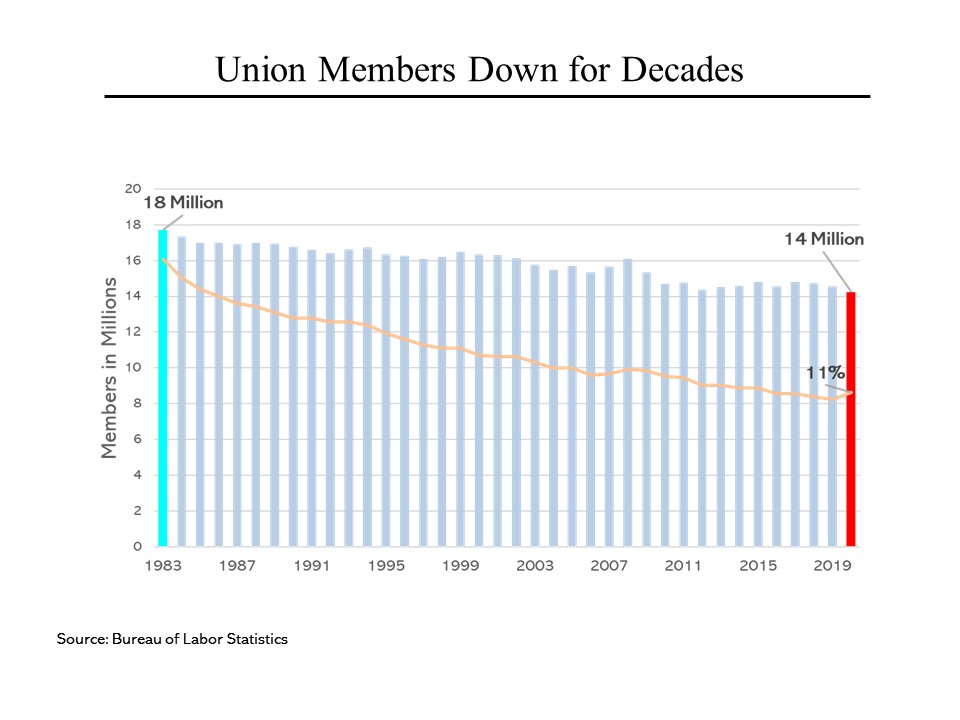 While union membership exists in many sectors, including services and government, it has historically been particularly strong on factory floors. Back in 1983, 16% of all workers were union members. Today, just 11% are part of organized labor. In his executive order, Mr. Biden repeatedly emphasized the importance of using federal purchases to grow union jobs. But again, the impact of that is likely to be negligible.