On MSNBC’s Morning Joe today, Steven Rattner documented the swiftly deteriorating state of the economy and while Trump begrudgingly signed the latest COVID-related stimulus bill late last night, he created an unnecessary lapse in payments for millions of Americans.

While President Trump played golf and fulminated about “rigged” elections, millions of Americans were left hanging in limbo over the fate of the Covid relief bill that is sitting on his desk. The legislation, signed at the last minute, provides much needed stimulus and support for a flagging economy, most importantly, for the more than 20 million out of work Americans. 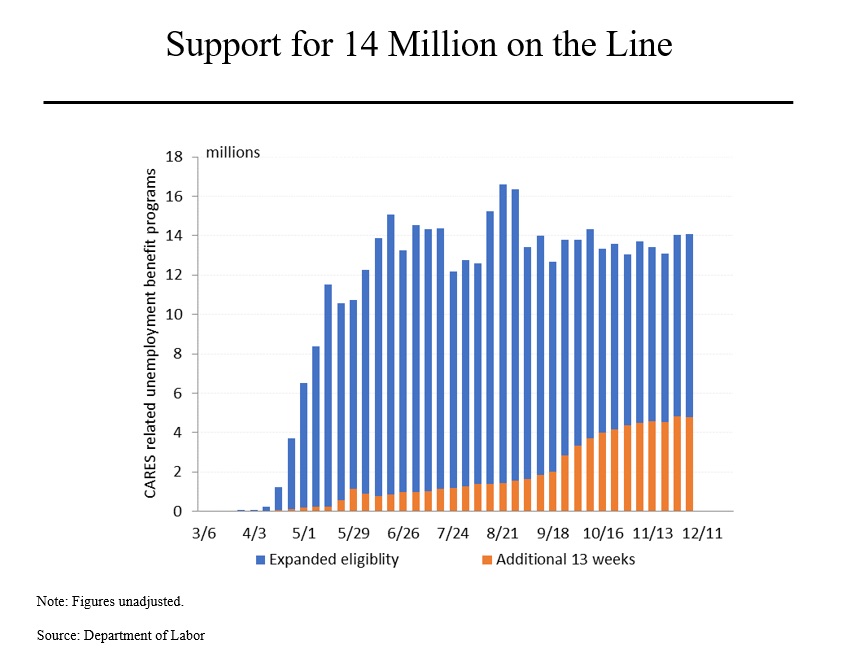 Perhaps the most important provision of the bill is the extension of unemployment benefits to two categories of Americans: the 4.8 million who have exhausted regular state benefits (generally 26 weeks) as well as the additional 13 weeks that the CARES Act provided and the 9.3 million self-employed and “gig” workers who toil for Uber, Seamless, Task Rabbit and the like. Both of these programs expire at the end of the year; last checks were sent out on Dec. 26.

As the blue bar on the chart shows, the number of unemployed gig workers collecting support has been declining modestly, particularly in the early fall as the economy started to reopen. The orange bar depicts the number of jobless who reached the limit of their state benefits and have since been taking advantage of the additional 13 weeks; participation in that program, not surprisingly, has been rising sharply as the pandemic has dragged on.

Importantly, the new legislation provides an additional 11 weeks of supplemental support, $300 a week payments to all these jobless Americans, and it reaches another 5 million or so who are collecting regular unemployment benefits. This is intended as a more modest replacement for the $600 per week payments that were in the CARES legislation passed in the spring and that expired at the end of July. (There was also the $300 top-up that Trump provided made available via memo that was offered for an additional six weeks.) 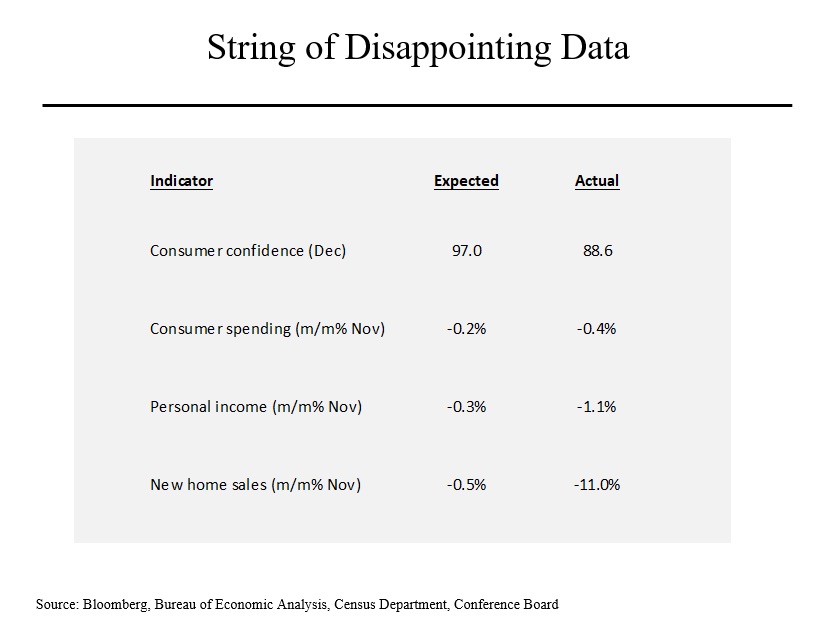 If only President Trump and Congress had acted sooner. As the earlier stimulus has worn off, the economy has been showing visible signs of slowing. At the end of last week alone, four important economic statistics came in weaker than expected and moving in the wrong direction. Consumer confidence fell to 88.6, well below the 97.0 that had been projected and down from a downwardly revised 92.9 in November (originally reported at 96.1). Similarly, consumer spending declined due to a big drop in auto sales as well as in services including food and hotels. The large drop in personal income was directly attributable expiring stimulus programs. And after a strong summer and fall, new home sales fell sharply.

In addition, new claims for unemployment insurance, an early indicator of the health of the job market, remain elevated at more than 800,000, nearly four times what they were before the pandemic. Lastly, holiday shopping continues to track below last year’s levels.