On MSNBC’s Morning Joe today, Steven Rattner explained the market’s reaction to the election results: while there were some winners and losers, stocks overall embraced the combination of a Biden win and divided government.

Last week’s stock market gyrations provide an interesting vignette into the implications of an historic election and – particularly given the surprising Senate outcome – the change in expectations for the economy and the fate of President-elect Biden’s policy agenda. 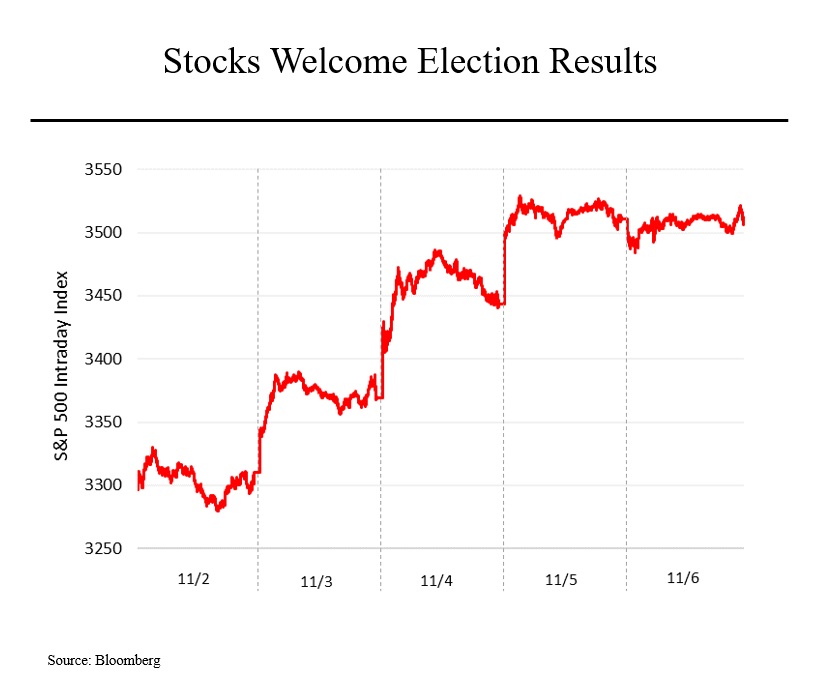 It was an eventful week on Wall Street, with interesting signals about what investors expect for the economy and the Biden policy agenda.

Even before the first votes were tabulated, the stock market moved upward as expectations for a Biden victory grew. While the investment community is often thought to prefer Republicans to Democrats, in this unusual election, the market seemed to be rooting for the more muscular Biden proposals for stimulating the economy.

By Wednesday morning, while many votes were still being calculated, the market concluded that Mr. Biden would win and moved up another notch. Additionally, markets hate uncertainty and so were buoyed by a growing conviction that the election results would be definitive. (In 2000, stocks dropped by 4% during the 35 days in which the nation sat in limbo.)

As the likelihood of a divided government grew, the market became still more enthusiastic, because Republican control of the Senate would mean that many of Mr. Biden’s plans (like tax increases) would be unlikely to secure passage. Divided government is also likely to mean that Mr. Biden’s freedom to select particularly liberal Democrats for his cabinet will be limited. 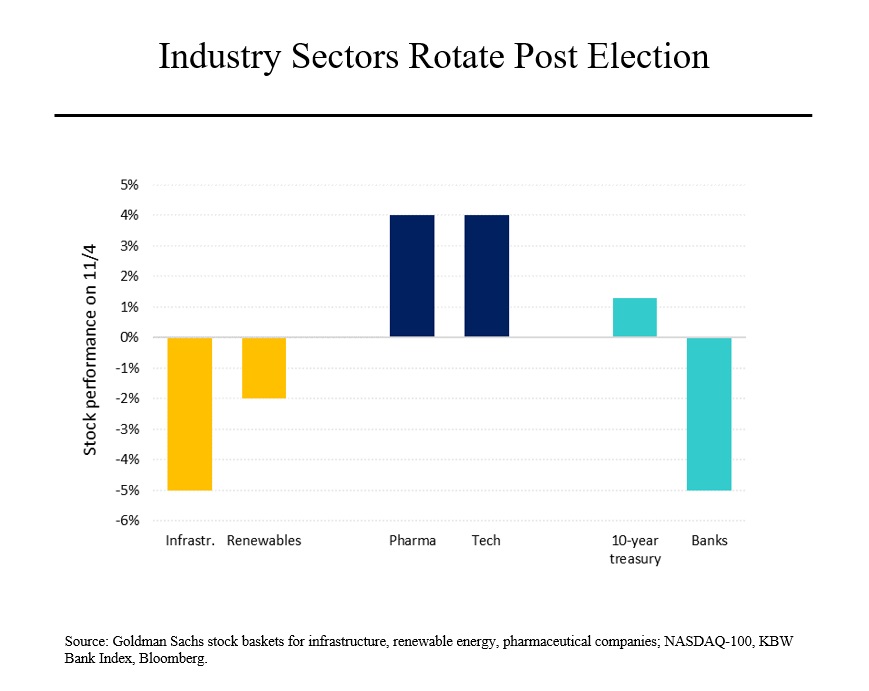 But masked by the strong overall performance were significant valuation adjustments across a number of industry sectors. In essence, the market was passing its own judgment on the prospects for the Biden agenda.

For example, stocks of companies involved in infrastructure dropped by 5% on Wednesday as the probability of the robust Biden proposals becoming law receded. Ditto for shares of companies involved in renewable energy. On the other hand, pharmaceutical stocks rose by 4%, as investors betted against legislation to curb high drug prices. (Health insurers also performed well as the prospect for a public option diminished.) Technology stocks rose by the same amount; legislation to curb the power of big tech now seems less likely.

Meanwhile, Treasury prices rose, meaning that interest rates were falling as investors became more pessimistic about the prospects for another stimulus program. Lower interest rates are bad news for banks (they signal economic slowness and profit margins get squeezed). 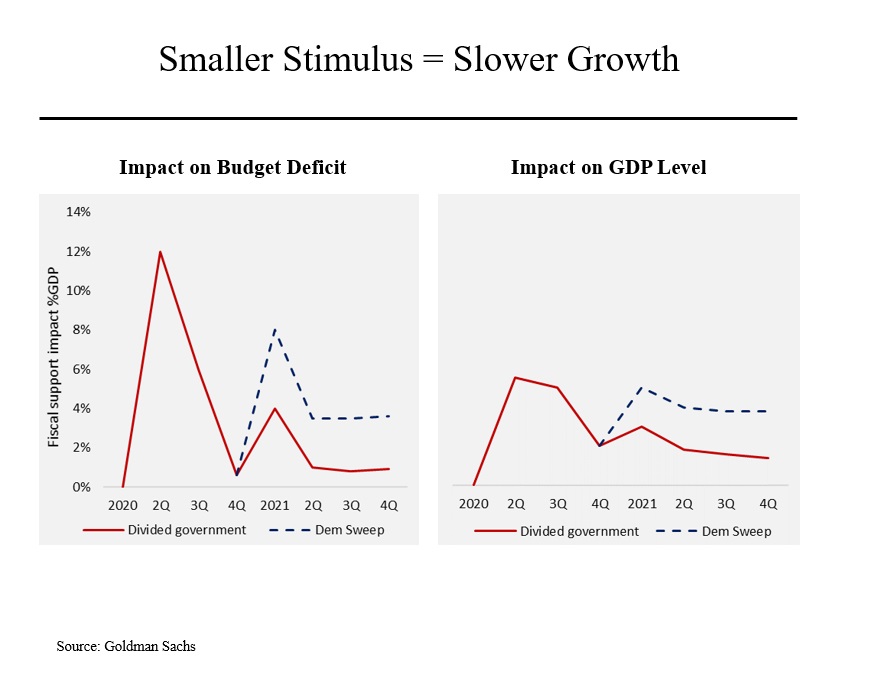 The fall in bank shares also reflected concerns about the growth outlook. As shown in the chart on the left, Goldman Sachs now believes that the next stimulus package will be in the $1 trillion range, compared to a nearly $2 trillion package that was almost agreed to between the White House and Speaker Nancy Pelosi before the election. As the chart on the right depicts, that means a considerably smaller positive impact on GDP. As a result of this as well as surging infection rates, Goldman has downgraded its projected growth in gross domestic product in the first quarter of next year from 7% to 3.5%. America’s new president will have his hands full.