On MSNBC’s Morning Joe today, Steven Rattner reviewed the latest employment report, which found a sharp slowdown in hiring that doesn’t portend well for the economy at large.

In economics, as in life, beauty can sometimes be in the eye of the beholder. Such is the case with the economy at the moment. President Trump and his defenders were quick to seize on Friday’s jobs numbers as evidence that the economy is continuing to recover. But the reality is – perhaps not surprisingly – somewhat different. 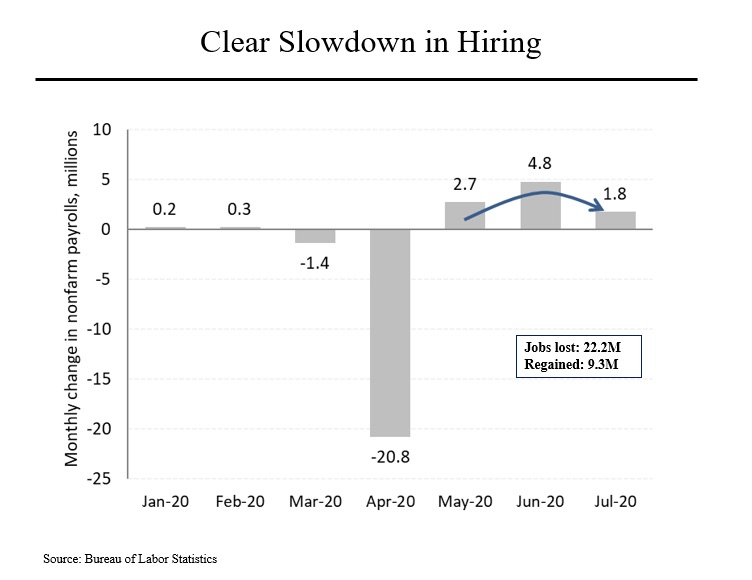 Yes, the nation did gain 1.8 million jobs in July. But that represented a sharp deceleration from June, when 4.8 million jobs were added. That’s at least in large part because many states and cities have had to reverse reopening plans as the number of virus cases has grown. But it also may stem from the end of the Payroll Protection Plan. One study found that about 60% of workers who had been rehired have either been laid off again or been told by their employer that they may be dismissed. (That does not bode well for the next jobs report.)

So the scorecard at the moment is that of the 22.2 million jobs that were lost, only 9.3 million have been regained. Even if the July pace is maintained, it would take until well into next year just to return to where we were back in February. And of course, if job growth continues to fall off, it could take still longer.

On top of that, job gains have been concentrated among those on temporary layoff while the number of Americans whose job loss is categorized as permanent has reached elevated levels. 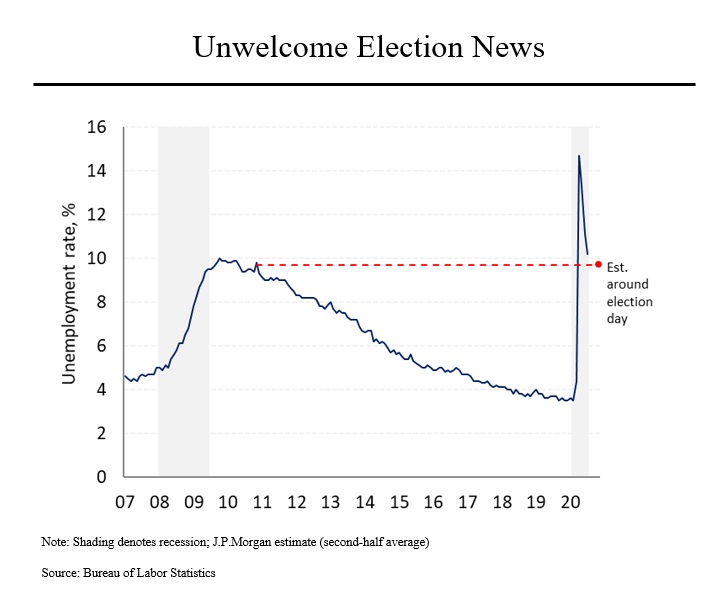 Similarly, while the unemployment rate declined in July to 10.2%, it remains higher than at any point during the Great Financial Crisis and private sector economists believe it is likely to not be much lower on election day. That would put the unemployment rate in early November at roughly where it was in November 2010 when the nation’s economy was still recovering. (Note that only two more jobs reports will be forthcoming before November 3.)

Remember that the headline unemployment number significantly understates true joblessness. For one thing, more than three million Americans have left the labor force. For another, the Department of Labor methodology doesn’t capture people who are working part-time but want to work full-time or people who want a job but are not actively looking. All told, unemployment in the United States is just above 20%, compared to less than 9% at the beginning of this year. 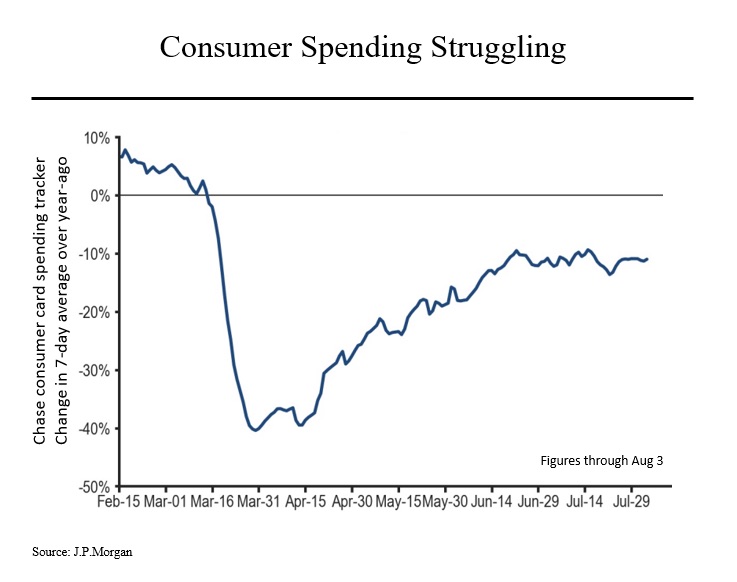 Friday’s jobs report is just one indication of a slower recovery. Other confirmatory data abounds. For example, the Chase bank tracks consumer spending through credit card usage. By that measure, the recovery of consumer spending peaked in mid-June and has been roughly stable at a year-over-year decline of about 10% since then. Another report – covering retail foot traffic – shows a similar plateau, at about 50% of normal levels. That does not augur well for future reports about jobs or economic growth.