Steven Rattner’s Morning Joe Charts: The Worst May Be Behind Us, But the Future is Dicey

On MSNBC’s Morning Joe today, Steven Rattner explained that while the biggest hit to economic growth may be behind us, the expansion is showing signs of slowing or even plateauing.

Two economic releases yesterday shed important new light on the recent performance of the economy and its prospects for the immediate future – and the news was not good. 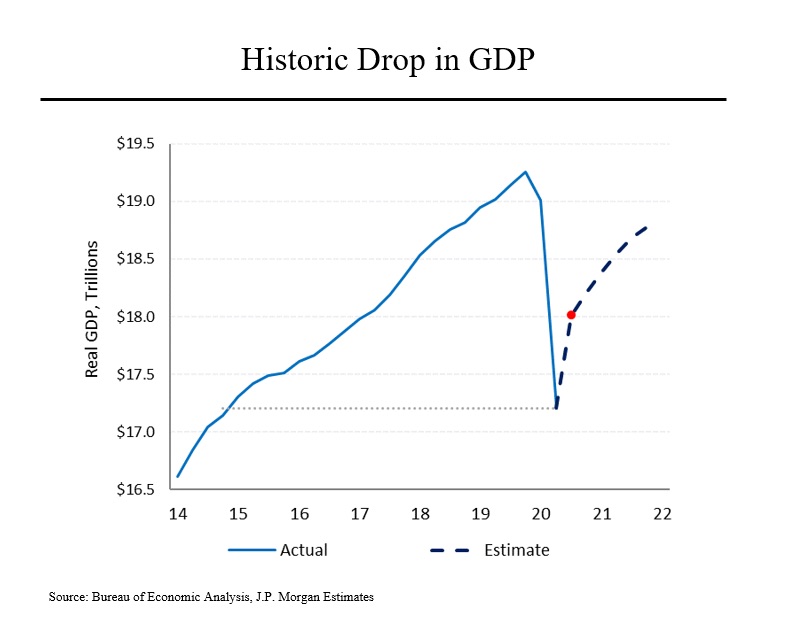 First, the Commerce Department reported that gross domestic product fell by 9.5% in the second quarter, an annualized rate of 32.9% compared to the previous quarter. As best economic historians can tell, this was the worst quarter since at least 1875. That brings the overall level of economic activity in the United States down to the level of 2014’s fourth quarter. From here, virtually all economists expect the economy to begin to expand but by how much and how fast? In the third quarter, growth is likely to be in the range of 5%. President Trump is already touting this coming rebound in his reelection narrative. But note two important points: That quarter of recovery will recoup less than half of what has been lost to date. And this figure will be announced on Oct. 29; what will Trump be able to make of it with only five days remaining before the presidential election?

Note also that even without further setbacks, the economy is not expected to return to past levels of activity before at least 2022. 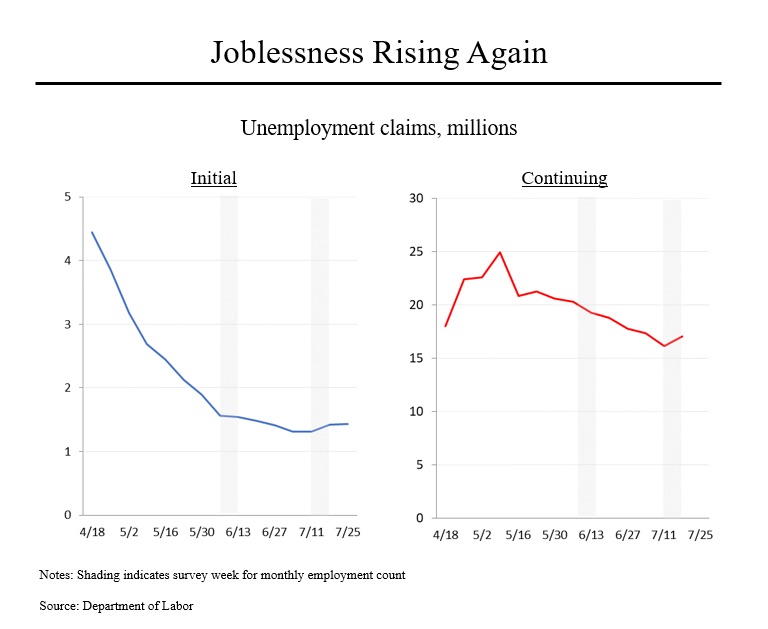 Second, the Labor Department announced that both new and continuing claims for unemployment insurance rose in the most recent period. This is unambiguously bad news and a signal that the increase in virus cases and resulting reversals of re-openings are taking a toll on economic activity. With respect to new claims, more than 1.4 million Americans applied, the second consecutive increase. Until around mid-June, almost all experts anticipated that this figure would continue to decline from record levels. (Prior to the pandemic, the highest weekly figure was 695,000 in 1982.)

At least as concerning was the first increase in the number of people receiving jobless benefits, back up to 17.0 million. That raises the prospect of a slowdown in the jobs recovery in coming months (although probably not in the July figures as the survey for that report has already been completed). 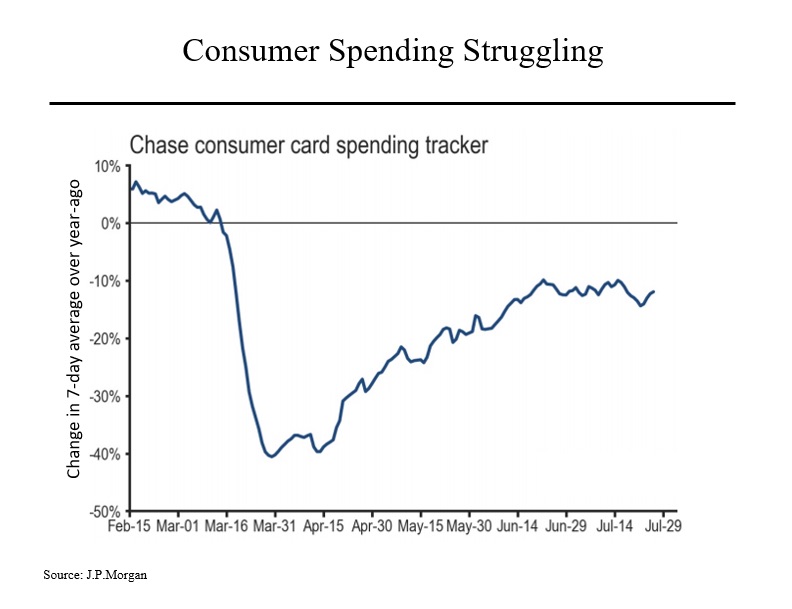 Private “real time” data is also suggesting that the recovery may have been plateaued. For example, credit card data provided by the Chase bank show that the upturn in spending by their customers using credit cards peaked on June 21 at about 10% below pre crisis levels. As of July 26, this spending was running at more than 15% below its rate before the pandemic hit. Other sources – ranging from small business revenues to mobility by individual Americans — paint a similar picture.