As joblessness continues to pervade our economy, some Americans are faring better than others. In particular, the less educated, the younger workers and people of color have – as has happened in past downturns – are finding themselves even more likely to be out of work than during more prosperous times. 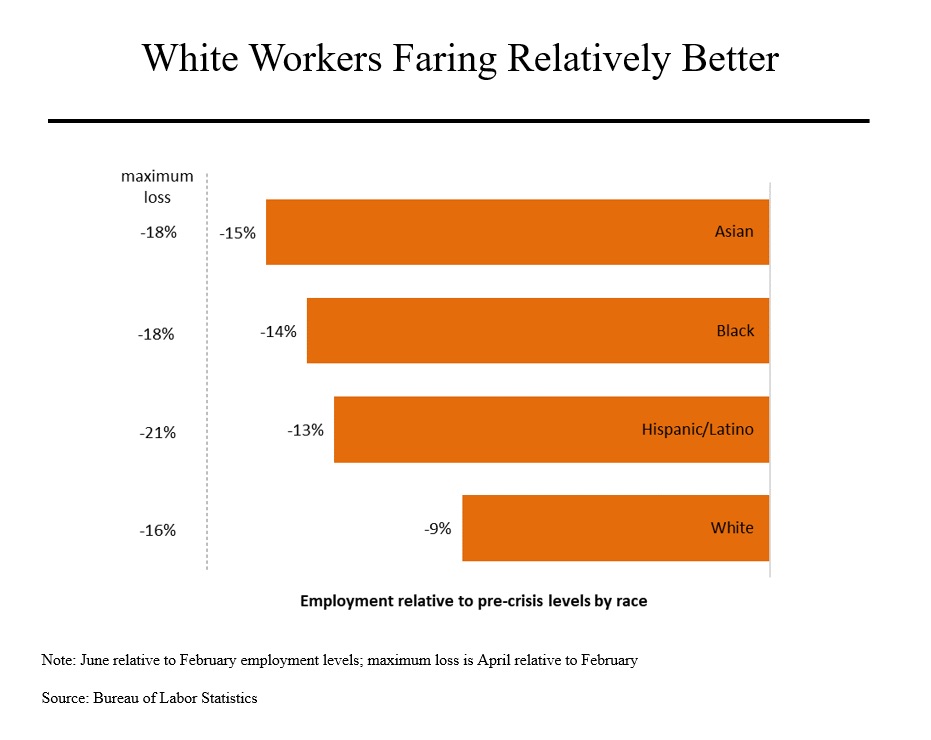 Let’s start by looking at race. While 9% of white workers lost their jobs between February and June, a greater percentage of members of minority groups were displaced. For Hispanics, the figure was 13%, in part because many Hispanics are employed in the leisure and hospitality sectors. (At the trough in April, more than 20% of these workers lost their jobs.) For Blacks, the job losses were slightly greater, at 14% and for Asians, the figure was 15%. Interestingly, while the maximum loss for whites was 16% at its peak – almost as much as for Asians and Blacks – improvement has been coming much faster for whites than for minorities. 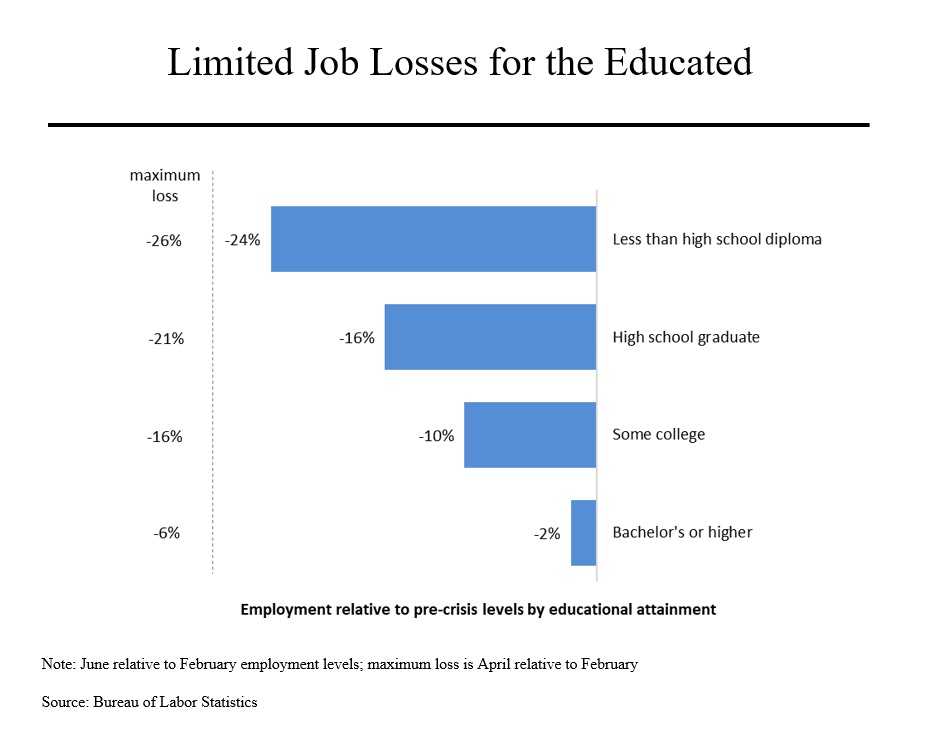 The varying job patterns for different ethnic groups may relate at least partially to the impact of the recession based on education levels. For Americans with a college degree or higher, the job losses now total only 2%, in part because these individuals are more able to work remotely. As of February, 62% of highly educated workers were able to telework, compared to 22% of those with just a high school diploma.

From there, the news gets worse as the education level drops. For those with less than a high school diploma – presumably including many minorities – job losses are nearly 25% (and that figure has barely improved even as the economy has resumed adding jobs). 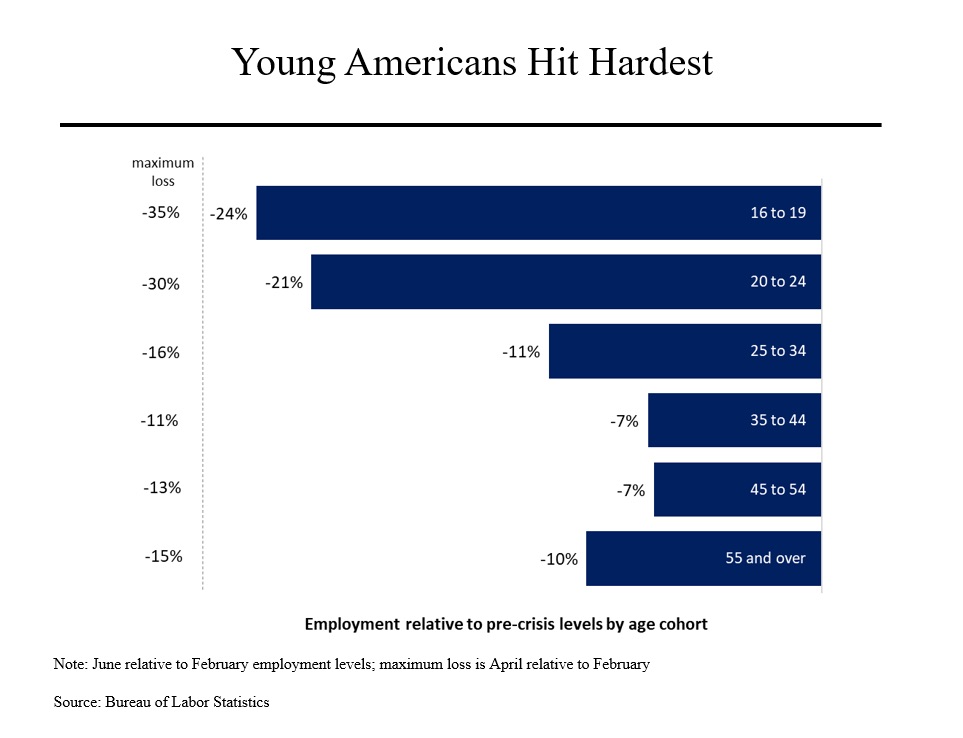 That also helps explain the fact that young Americans have been hurt the most by high unemployment. More than 20% of those between 16 and 24 – some of whom likely did not attend college or even graduate from high school – are out of work, in large part because nearly half of this group works in high risk jobs like retailing and leisure.