On MSNBC’s Morning Joe today, Steven Rattner presented charts showing that Trump has not only fallen short of his economic promises, he has fallen short of Obama’s last 3 years in office.

Not surprisingly, in his State of the Union address on Tuesday night, President Trump did his best to reinforce the impression that the economy is “the strongest ever” – and take credit for it. But Democrats shouldn’t despair. While overcoming the president’s tailwind will be a tough challenge, the economy isn’t as good as it looks. Equally importantly, on balance, Mr. Trump has had little to do with its continued expansion, providing several lines of attack for the opposition, as follows:

The Trump recovery is merely an extension of the Obama recovery. Yes, we’re adding jobs every month and yes, the overall economy is growing. But the performance of both of these key headline indicators has not been anything for the president to brag about.

Take jobs: in his 35 months as president, the economy added an average of 191,000 jobs per month and the unemployment rate fell by 1.2 percentage points. Sounds pretty good, right? But during the last 35 months of the Obama presidency, new jobs averaged 227,000 per month and the unemployment rate dropped by 2 percentage points. 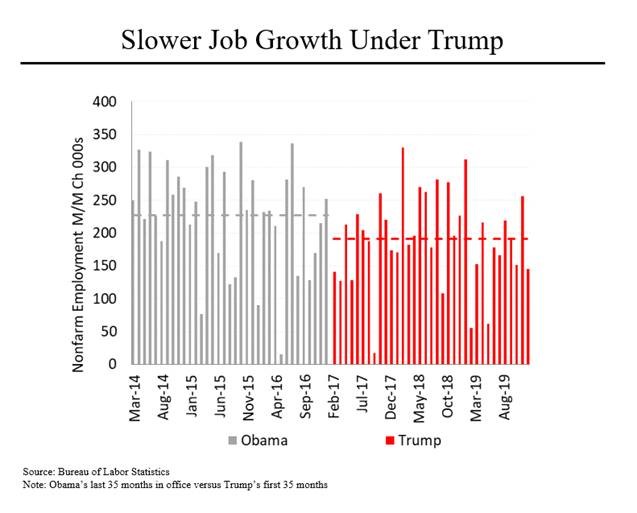 Unemployment may be low but adjusted for inflation, wages have barely grown. Once again, the headline numbers – a roughly three percent annual growth rate – seem reassuring. But add in the effect of inflation and the picture looks quite different. On average, real wages have risen  at just an 0.8 percent rate under Mr. Trump, compared to 1.3 percent over a similar period under Mr. Obama. 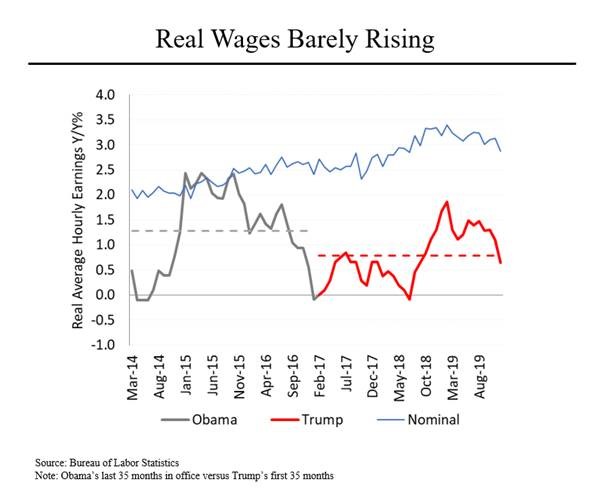 All told, the economy is still expanding at less than 2.5%. That’s essentially the same under Mr. Trump as under Mr. Obama. Moreover, last year was the slowest expansion of the Trump presidency. 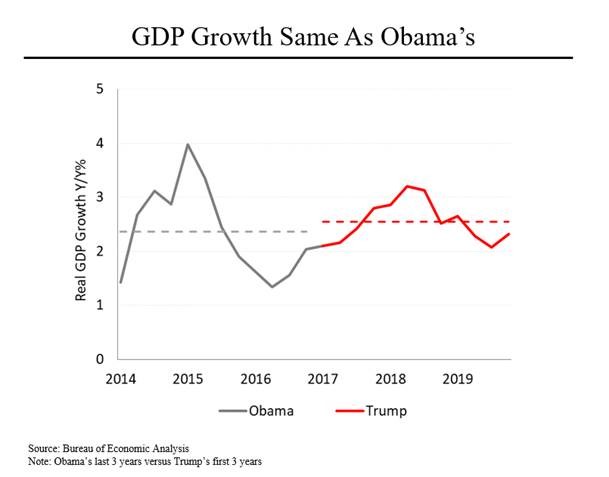 The Democrats’ task is tough. An increasing share of Americans believe the economy is improving. And Mr. Trump’s approval ratings among his base have not been dented.

But the fact remains that little of what Mr. Trump has done has helped the economy. The challenges for most Americans remain steep. Democrats need to keep reminding voters of those two simple facts.