On MSNBC’s Morning Joe today, Steven Rattner presented charts showing the damage that has been done to the Iranian economy by the sanctions President Trump has imposed.

The killing of Qasem Soleimani is dominating the news about Iran at the moment but let’s not forget that we are continuing to apply tough economic sanctions that have devastated the Iranian economy (albeit without effecting any change in the rogue nation’s behavior). 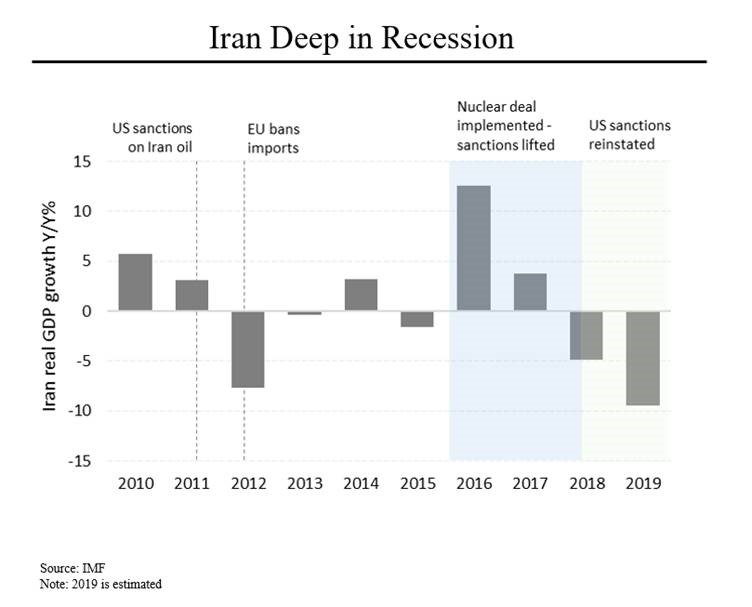 Over the years, Iranian economy has waxed and waned in general sync with the state of sanctions being applied against it. Nearly a decade ago, when first the United States and then the European Union restricted purchases of Iranian oil, the economy tumbled into recession. Then, after the nuclear agreement in 2015, the economy briefly soared (although that resurgence quickly ebbed). With the arrival of President Trump and the re-imposition of the toughest sanctions to date, the economy plunged deep into recession. In 2019 alone, the economy is estimated to have contracted by nearly 10%. That has meant soaring joblessness, including a youth unemployment rate above 25%. 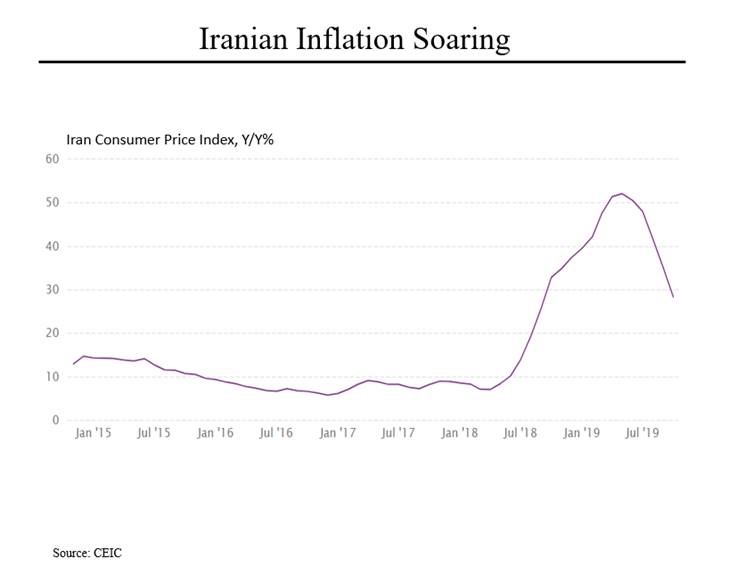 Also as a result of the sanctions, the Iranian currency, the rial, has plunged, helping fuel inflation that topped 50% last year and is still running at nearly 30%. The World Bank has said that inflation has been particularly high for good items; meat products more than doubled between April 2018 and April 2019. Rationing of many products – including meat and gasoline – has been imposed. As a result of the poor economic conditions, riots have broken out in a number of Iranian cities and more than 200 people have been killed, according to Amnesty International.

With all that said, whether the sanctions will be effective remains to be seen. The record of economic warfare is poor; countries ranging from North Korea to Cuba have successfully endured economic punishment for decades. As for Iran, the International Monetary Fund recently projected that its economy would be flat in 2020, suggesting that its current intransigence is likely to continue.