Two more signs of a slow economy emerged on Wednesday: The Commerce Department reported that growth in the gross domestic product declined to 1.9% in the second quarter and the Federal Reserve cut interest rates by another quarter of a percent. 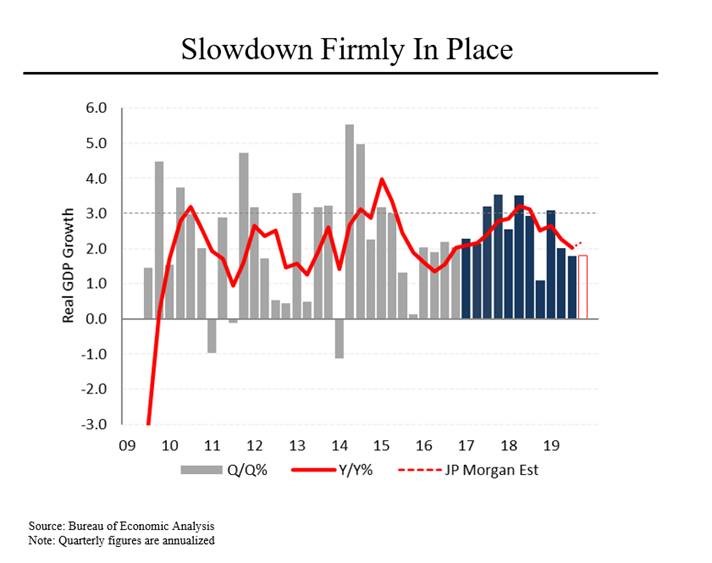 While President Trump has repeatedly promised that the economy would expand by more than 3% annually on his watch, that level has been reached only intermittently during Mr. Trump’s presidency, mostly as a result of the “sugar high” from his budget-busting tax cut.

On an annual basis, growth under Mr. Trump has yet to reach even the 3% mark. In fact, annual economic growth has been decelerating since Mr. Trump’s arrival, from 2.8% in 2017 to 2.5% in 2018 and an estimated 2.2% this year. And while a recession is not (yet) evident, economists do not expect growth to reaccelerate. For the fourth quarter, GDP is likely to expand at around the same 1.8% level, which is in the range of what many expect for next year. 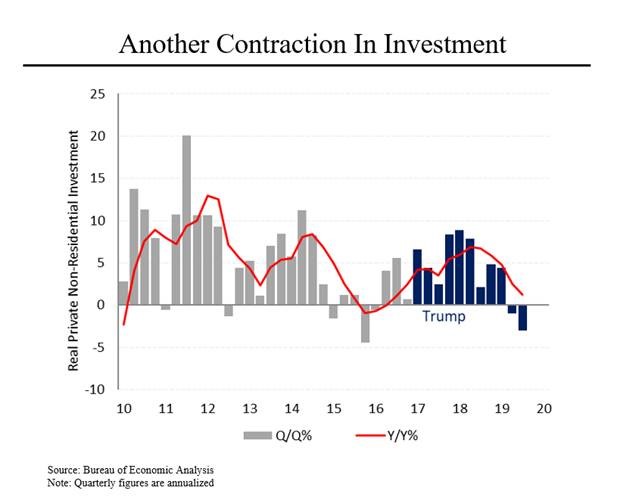 Ironically, the most significant reason for the slowdown in GDP growth has been a falloff in business investment; actually, another decline in the third quarter after a smaller decrease in the second quarter. While Mr. Trump has also said from the start that improving investment in the United States was among his highest priorities, his trade war has not only caused the overall economy to slow, it has worried business and contributed mightily to the fall in investment. (In fairness to Mr. Trump, weak energy prices have caused a substantial reduction in investment in that sector.) 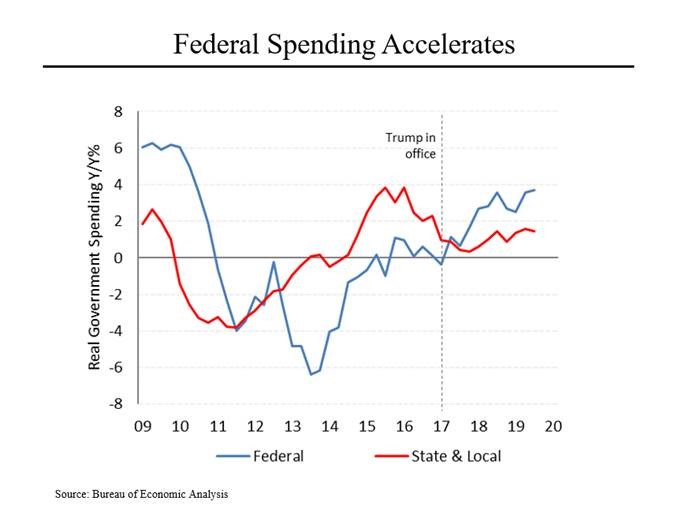 Equally ironically, the second biggest contribution to growth in the GDP report (after consumer spending) was spending by the federal government. That’s ironic because Mr. Trump was elected on a platform of curbing the growth in government outlays; instead, he has presided over a reacceleration of their growth rate. As this chart shows, spending by Washington rose sharply during the financial crisis and then fell due to efforts by Congress and the Obama administration. But since Mr. Trump was inaugurated, the rate of increase in federal spending has been marching upwards.