Taking a break from railing against “witch hunts,” President Trump proclaimed the other day that during his time as president, the income of the average American “rose $5,000, not including $2,000 for taxes. So it rose, let’s say, $7,000.” Unfortunately, neither Mr. Trump’s contention about earnings or about the benefits from his tax cut were true. 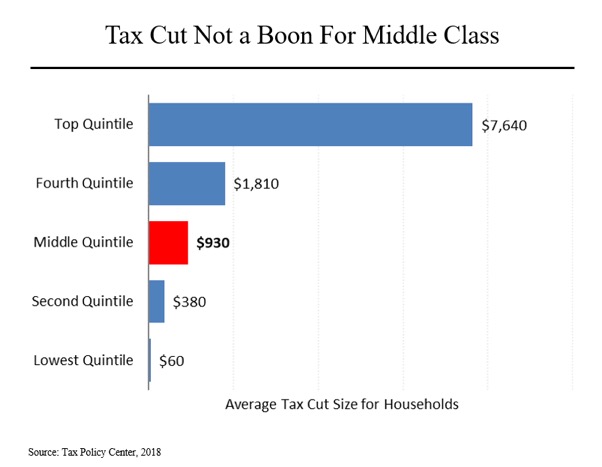 Even if you give Mr. Trump credit for another six months of tax cuts, that would still only take the average benefit to $1,395. 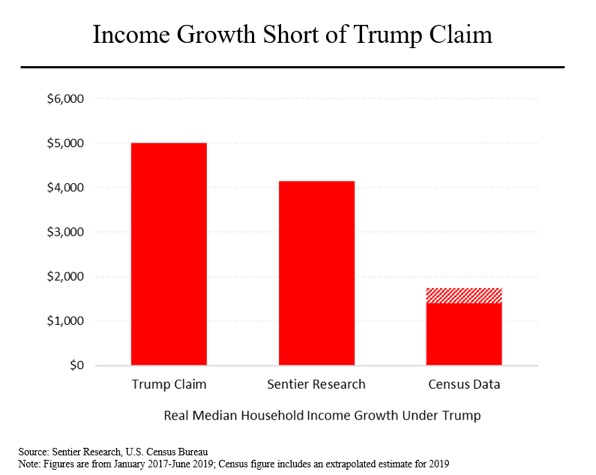 As for Mr. Trump’s claim about incomes, it was apparently based on a Sentier research report but even that report put the gain at less, roughly $4,100 after adjusting for inflation. Recently released Census data suggests the true gains were still lower; $1,440 over the first two years of Mr. Trump’s tenure, which extrapolates to $1,750 with the first six months of 2019 added in.

It’s also worth mentioning – particularly for political context – that while incomes, of course, fluctuate, they were just 2.7% higher in 2018 than they were in 1999. 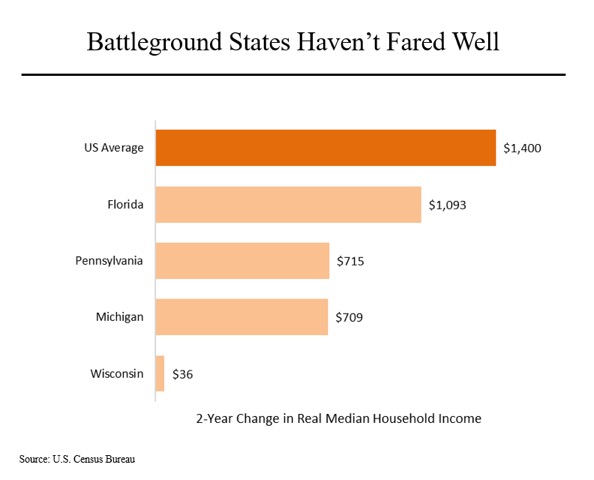 Of particular relevance for 2020, the Census data also shows that the income gains since Mr. Trump’s ascension have not been spread evenly. In particular, many of the battleground states have been laggards. While Florida residents saw their earnings rise by a respectable $1,093 (again, after adjusting for inflation), residents in Pennsylvania, Michigan and Wisconsin did far worse. These figures correspond to other data showing that Americans in rural areas and those that have recently shed many manufacturing jobs have had a tougher time. (Of course, many of these voters were part of Mr. Trump’s base in 2016.)

By comparison, residents of many blue states did far better; the income of the average New Yorker, for example, rose by $2,986.