On MSNBC’s Morning Joe today, Steven Rattner presented charts showing evidence that the recession in the manufacturing sector has begun to spread into the broader economy.

New economic data released this week provides fresh evidence of a slowing economy, particularly – but not exclusively – in the manufacturing sector. That should create fresh concerns among President Trump’s allies about the possible impact on his election chances. 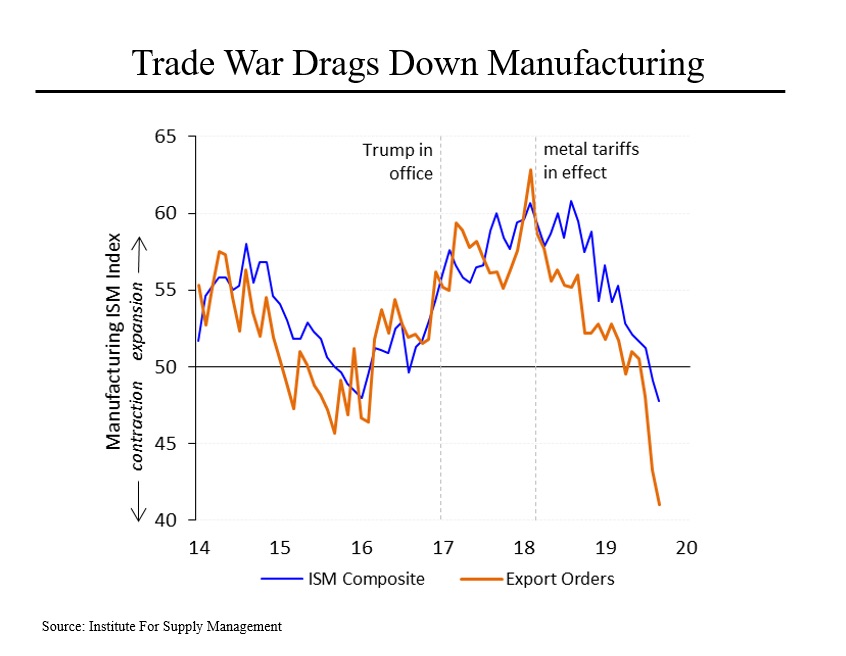 On the factory side, the Institute for Supply Management reported that for the second consecutive month, its manufacturing index came in below 50, indicating that this sector of the economy is contracting. That was a surprise to analysts, who had expected a small rise from August’s reading.

Not coincidentally, this measure peaked just around the time that Mr. Trump began imposing his import tariffs and has been declining since then. It’s important to note that a manufacturing recession is not sufficient on its own to cause a recession across the entire economy; the ISM manufacturing index would need to sink into the low 40s to be consistent with a full-fledged downturn.

Also not coincidentally, the ISM’s measure of export orders continued to fall in September, to 41.0 from 43.3 in August, both dramatically lower than the May reading of 51.0. 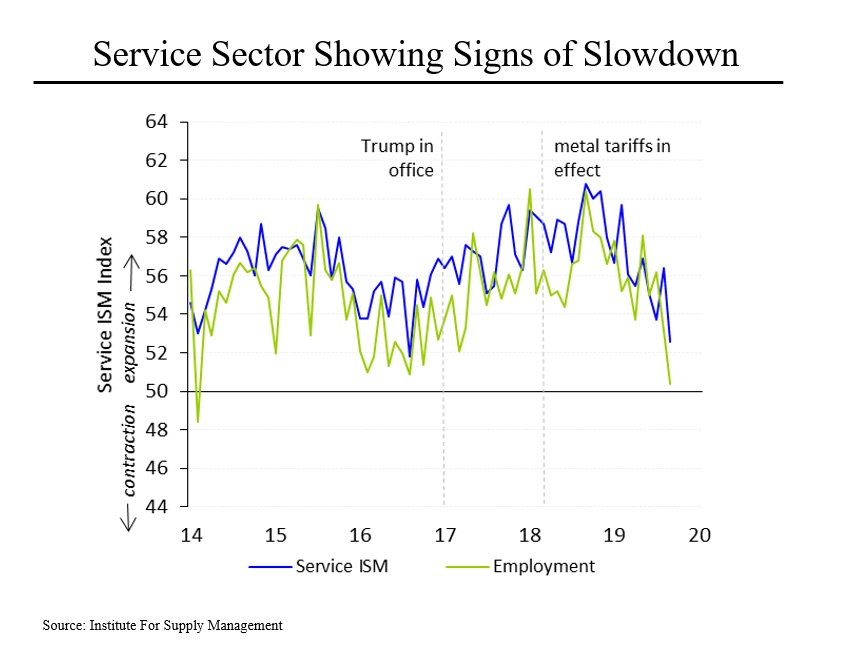 Although manufacturing represents only about 11% of the United States economy, entrenched weakness in this sector could filter through to the rest of the economy. The possibility of this was highlighted on Thursday when the ISM reported that its service index dropped sharply in September, more sharply than economists had expected. While this measure remains in positive territory, the September reading was the lowest in three years.

Meanwhile, the ISM’s measure of employment in the service sector fell even more substantially in September and is now barely in positive territory. 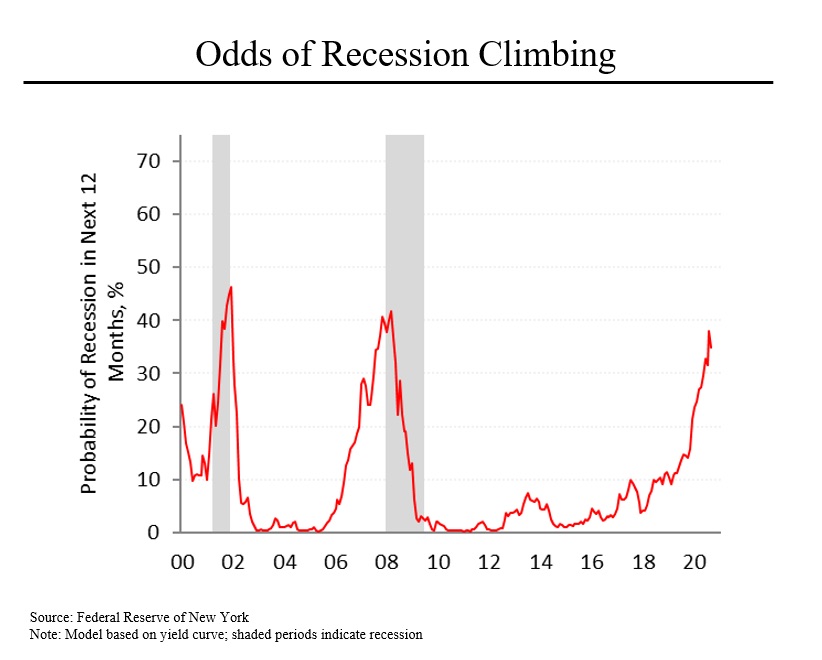 While most economists expect slow – but positive – growth, the odds of a recession have been climbing. A model developed by the Federal Reserve Bank of New York using interest rate data now puts the chances of a downturn occurring in the next 12 months at 35%. That’s still only a one in three probability but it’s not much less than what the odds calculated by the same model around the time of the last two recessions, including the massive downturn in 2008. Of the 11 times since the 1960s that this indicator has risen above 24%, eight have been accompanied by a recession.