On MSNBC’s Morning Joe today, Steven Rattner presented charts showing how the latest budget agreement has once again thrown all fiscal decency out the window.

The White House and Congressional Democrats just passed a new budget deal to avoid a looming government shutdown – but at the cost of more federal spending as trillion dollar deficits again loom. 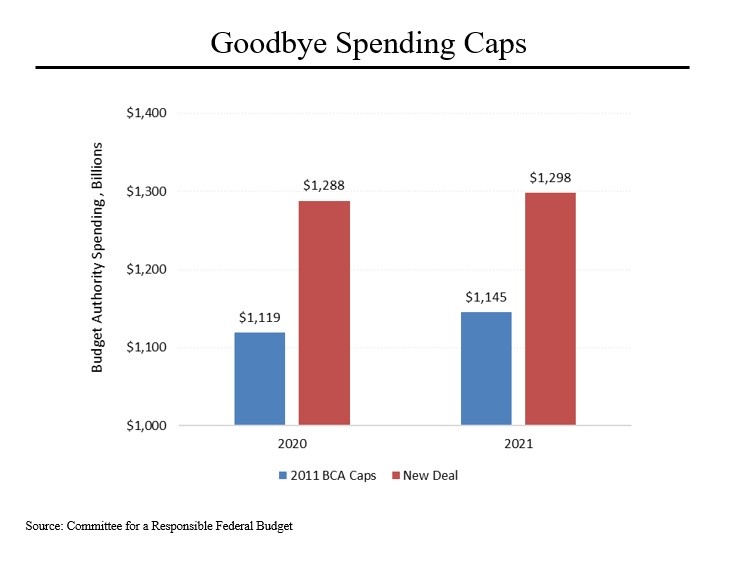 Back in 2011, when the deficit was still swollen from the effects of the financial crisis, fiscal hawks forced adoption of a set of tough spending caps. Since then, Congress has periodically provided temporary relief. Now, an additional $320 billion will be provided for the next two years. This chart compares what spending will now be over those years compared to what was authorized and projected back in 2011 – an increase of 15.1 percent in 2020 and 13.4 percent in 2021.

On top of that, the new law allows the budget caps to expire altogether, making future spending increases even more likely. 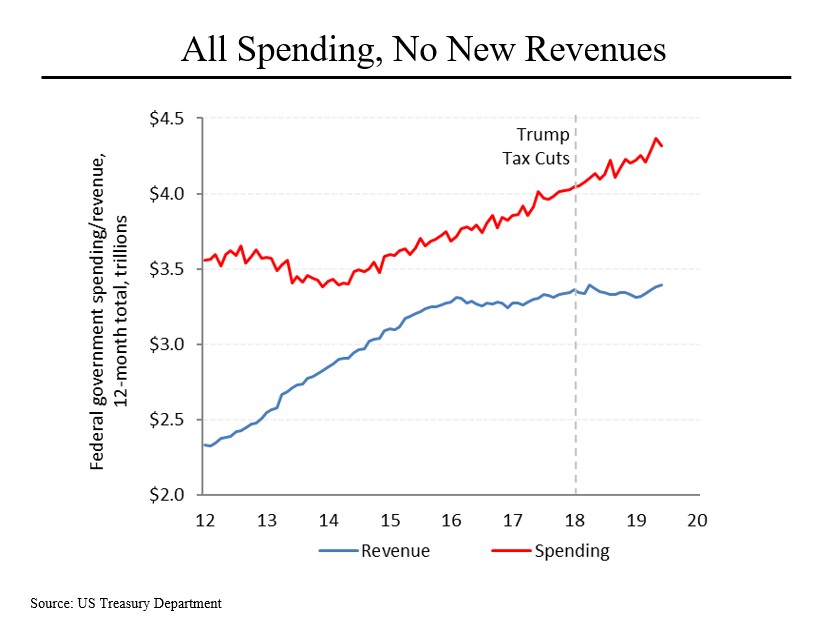 These increases in defense and discretionary domestic spending come as the cost of Medicare and Social Security grow even faster. Meanwhile, federal revenues have stopped growing, in large part as a result of the tax cuts that Republicans jammed through in 2017. In the current fiscal year, for example, spending is up 7% while revenues are only 2.7% higher, leading to a 23% increase in the deficit. All told, Mr. Trump has added $2 trillion to the national debt so far.

It’s also worth noting that discretionary spending rose by 3% annually in President Obama’s first term, declined by 2% a year in his second term and has risen at a 3% rate under President Trump. 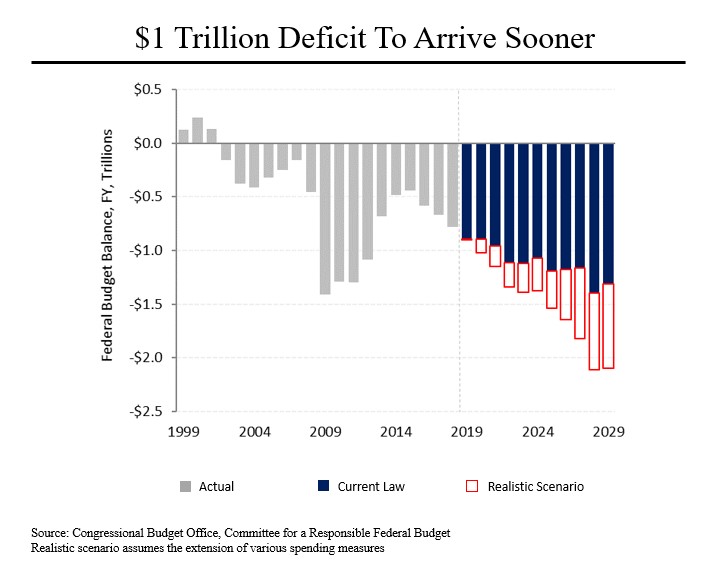 The consequence of this divergence between spending and revenues is fast rising deficits that are projected to again exceed $1 trillion in the next fiscal year, which begins Oct. 1. Under Mr. Trump’s leadership, deficits have risen by 15% per year, compared to an 11% annual decline under President Obama (during his second term).

From there, the Congressional Budget Office and the Committee for a Responsible Federal Budget expect the gap to continue to grow and surpass $2 trillion annually within the next decade. As a consequence, the federal debt as a share of the economy is likely to grow to over 100%, compared to less than 80% at present.