If it feels like President Trump’s Twitter finger has been itchier than usual of late, that’s because it has been. Having dispatched more than 42,000 tweets, Mr. Trump has been a prolific user of the social media site for the past decade, but never so much as in recent months. 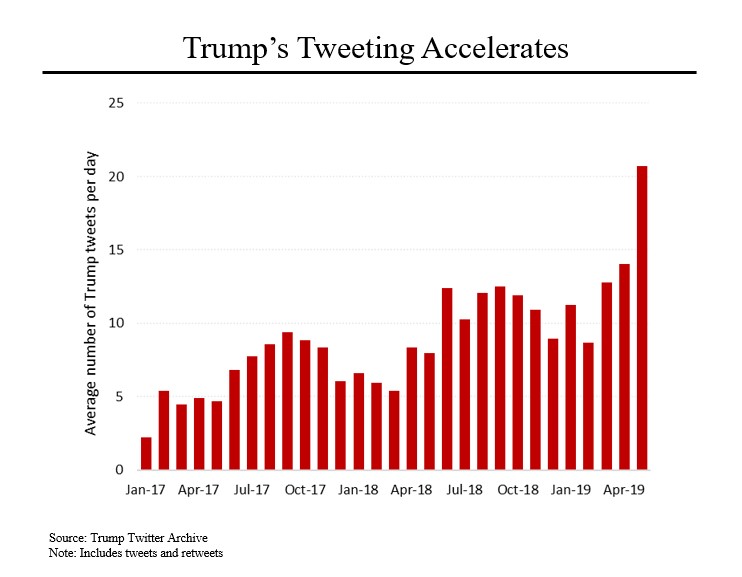 In his first six months in office, Mr. Trump averaged nearly six tweets a day, a lot of activity for a guy just assuming the most important job in the world. But that rate has escalated sharply since then. In the most recent half year, he averaged nearly 13 tweets and retweets a day. And in May, he has hit new highs – 642 tweets and retweets so far this month, for an average of more than 20 each day. 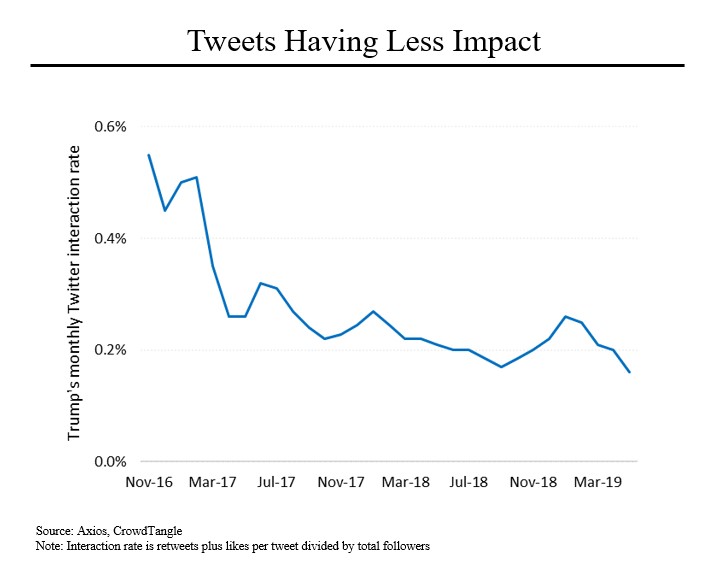 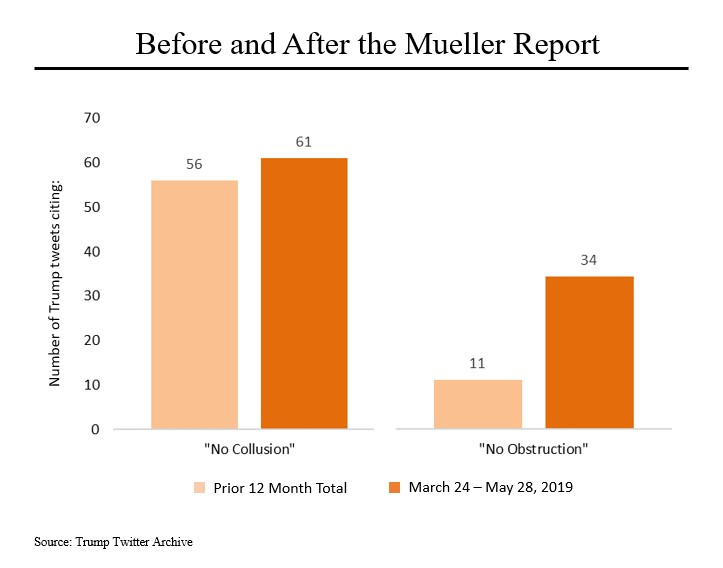 Part of the recent escalation in Mr. Trump’s Twitter activity is due to the release of the Mueller report. In just the roughly two months since Attorney General William Barr’s release of his summary of the report, Mr. Trump used the words “no collusion” in a tweet 61 times, approximately once a day. By comparison, in the entirely previous year, he used the term only 56 times. His embrace of “no obstruction” has been even more dramatic: 34 times (every other day) since March 24, compared to just 11 times in the previous year.

But the Russia “hoax” has not been Mr. Trump’s top overall topic; that honor goes to “fake news.” Fun fact: The top tweet of Mr. Trump’s presidency was the pro wrestling video of him taking down a man with a CNN logo for a head. (930,531 interactions.)