On MSNBC’s Morning Joe today, Steven Rattner presented charts documenting the impact on the stock market, American pocketbooks, and jobs from Trump’s threats and follow-through to hike tariffs on Chinese imports – in short, a bad outcome on all fronts.

The trade talks with China hit the rocks last week (at least temporarily) and President Trump responded by imposing another round of tariffs on imports from China. As with so many other issues, Mr. Trump may be partly right (China is still very protectionist) but he doesn’t understand how trade works or how to operate multilaterally. 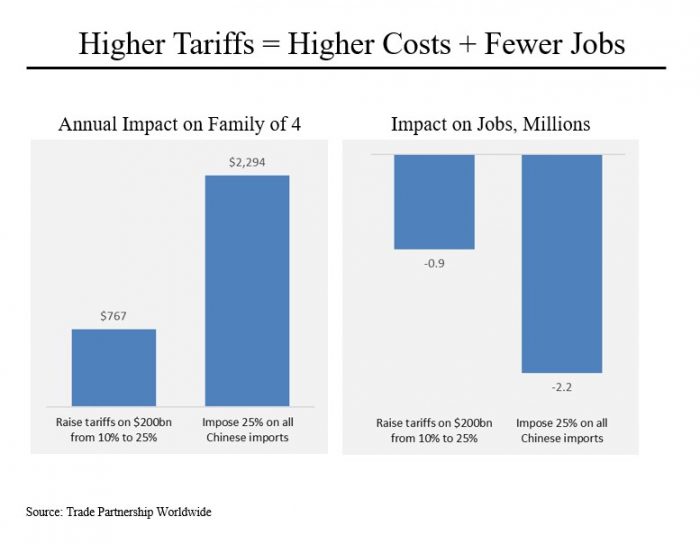 For starters, Mr. Trump has said repeatedly that he believes tariffs are helpful because of the revenues they generate for the Treasury but he doesn’t understand that these tariffs are essentially taxes paid by American consumers, not the Chinese. According to analysis by the Trade Partnership Worldwide, the increased tariffs announced last week, on top of other duties previously imposed, will cost the average American family $767 per year. If Mr. Trump goes ahead with his threat to extend the 25% tariffs to all imports from China, the cost per family would rise to $2,294 per year.

And as with any other tax increase, adding tariffs will slow the American economy and result in lost jobs – 900,000 from what Mr. Trump has already done and potentially, a total of 2.2 million if the levies are extended to all imports from China. 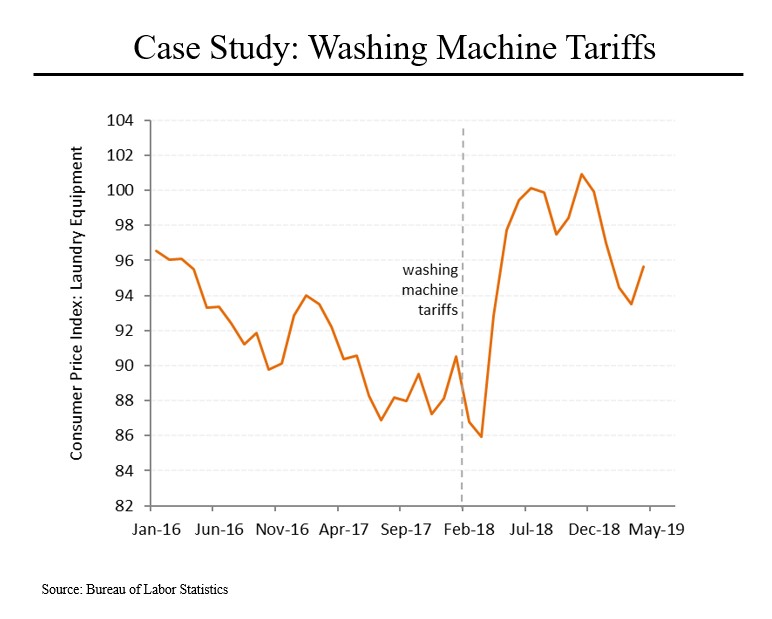 One example of how tariffs hurt consumers can be found in the tariffs that the Trump administration imposed on washing machines in early 2018. (This was not China related; it was designed to combat low cost imports from South Korea.) Researchers at the Federal Reserve and the University of Chicago found that the tariffs raised the prices of both washing machines and dryers by about 12% in the months following the imposition of the tariffs. (Washers and dryers are often sold in combination so retailers could make up the cost of the tariffs on washers by increasing the prices of both by smaller amounts.) All told, the cost to American consumers was $1.5 billion – an extra $86 for each washing machine and $92 for each dryer.

It’s also important to note that less than 10% of that added $1.5 billion went to the Treasury; the rest went to domestic producers who were able to raise their prices and pocket the extra profits. 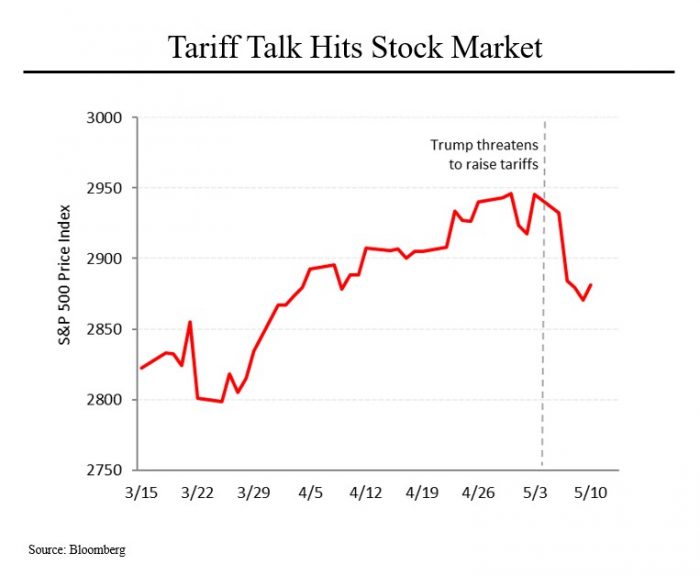 Nor does Mr. Trump’s favorite barometer of economic success – the stock market – feel good about the impact of tariffs on the U.S. economy. Since the president threatened on May 5 to raise the China tariffs, the stock market has fallen by 2.2%, the worst weekly performance of the year. That has wiped out more than $800 billion in value from the U.S. stock market.