The Commerce Department reported yesterday that the economy slowed to a 2.6% growth rate in the fourth quarter. While that was modestly better than economists expected, it still represented a substantial slowdown from the previous two quarters. 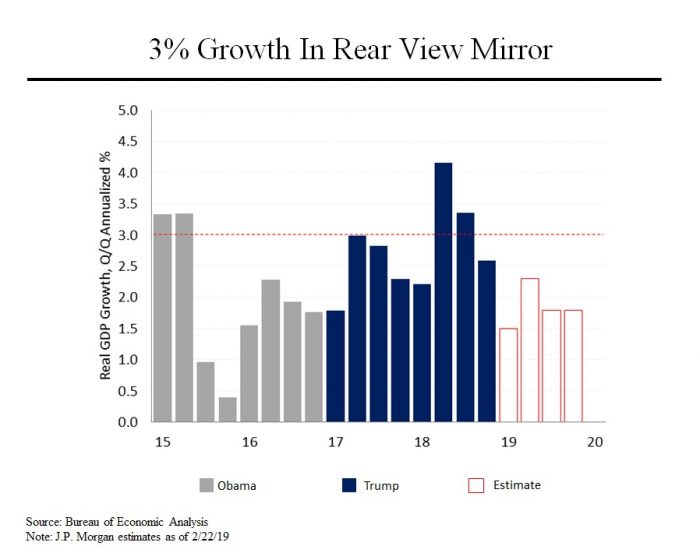 As this chart shows, the economy grew by 4.2% and 3.4% in the previous two quarters, well above the 3% growth that the White House has been promising. But as many warned, that level of growth was attained in large part because of one-time stimulus from the Republican tax cuts, which took effect at the beginning of the year.

If economists are right, worse is yet to come. Growth in the current quarter is expected to be in the range of 1.5%. Ironically, that is partly due to a bigger drag from the government shutdown, as well as a potential reversal of an inventory build over the second half of 2018.

Nonetheless, the Trump administration argued that it was delivering on its promises. “The policies are working,” Larry Kudlow, the director of the National Economic Council said on CNBC Thursday morning. “Lower tax rates, deregulation, trade reform, the energy reform. It’s working.” 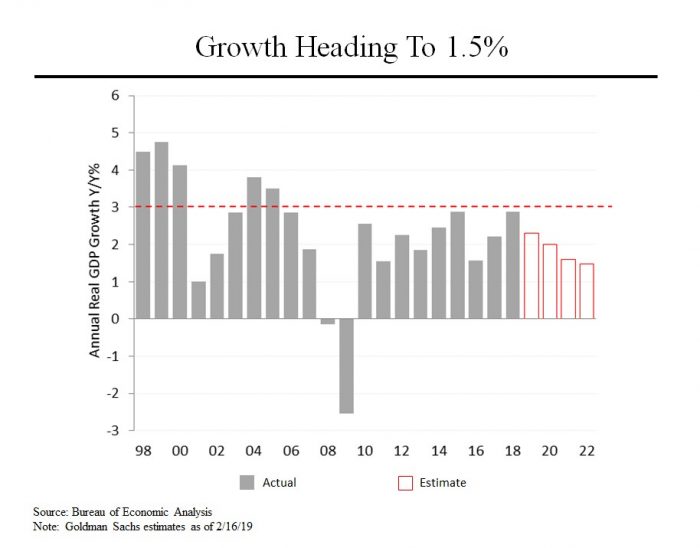 Yesterday’s number means that annual growth did not hit that 3% even for 2018. Nor does the outlook in later years appear any better. Goldman Sachs expects the rate of expansion to slip to 2.3% this year and then continue to decline to 1.5% by 2022. Among other things, that, of course, could prove problematic for Mr. Trump’s reelection prospects.

For its part, the White House rejects the consensus view of private forecasters and continues to project growth of 3.2% for 2019. “We’ve been talking about sustained 3% economic growth and the outlook in the United States still looks strong,” Treasury Secretary Steven Mnuchin said separately on CNBC.

It’s worth noting that neither last year’s results nor the outlook for future years comes close to the levels of growth achieved at the end of the Clinton administration or even in the years preceding the financial crisis. 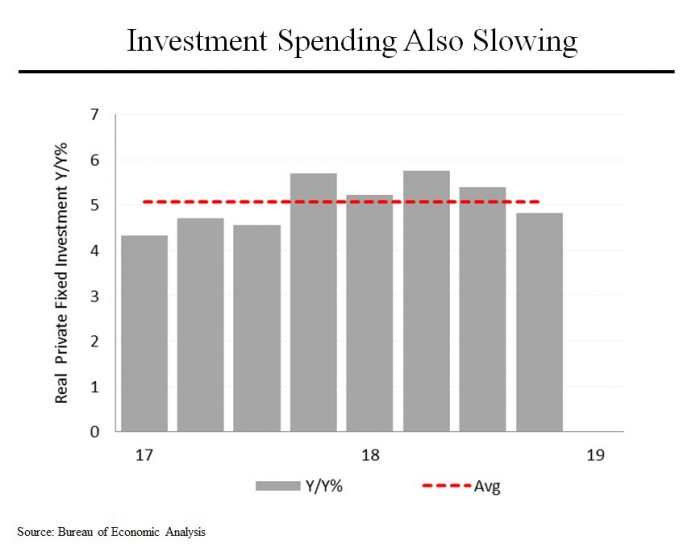 Yesterday’s announcement included results for business investment, which showed a similar picture to what has occurred in the overall economy. The rate of growth in this important category has begun to tail off, from a peak of 5.8% in the second quarter of 2018 (also driven by the tax cuts) to 4.8% in the most recent quarter. It’s also worth noting that the average annual increase in investment during Mr. Trump’s time in office was 5.1%, compared to 5.6% for President Obama’s last seven years in office, after the economic recovery took hold.