Newly released tax data for 2020 shows that wealthy New York residents moved south in substantial numbers, with Florida as the big beneficiary. And more recent Census data shows that New York lost more residents of all incomes between 2020 and 2022 than any other state. 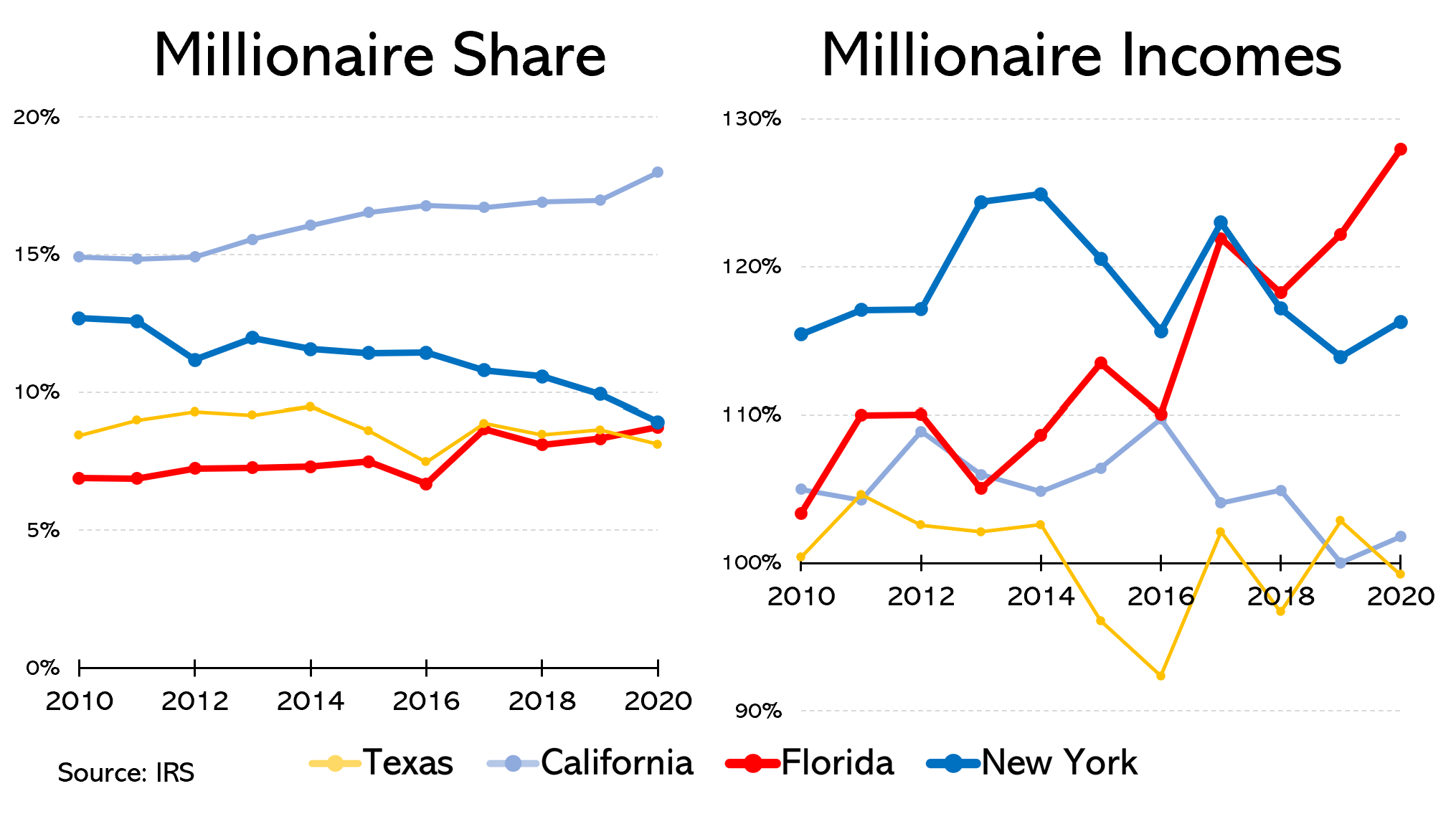 In 2010, New York had 12.7% of all tax payers reporting at least $1 million in income. Over the ensuing 10 years, that share of wealthy individuals and families dropped to 8.9%, with a  particularly sharp drop occurring in 2020. Meanwhile, Florida increased its share of wealthy taxpayers to 8.7% from 6.9% a decade earlier. (Interestingly, California’s share of high-income Americans rose during this period, likely because of the explosion in the value of technology companies.)

Why is this important? Because in 2021, the top 1% of New York residents paid just over 40% of all personal income taxes. 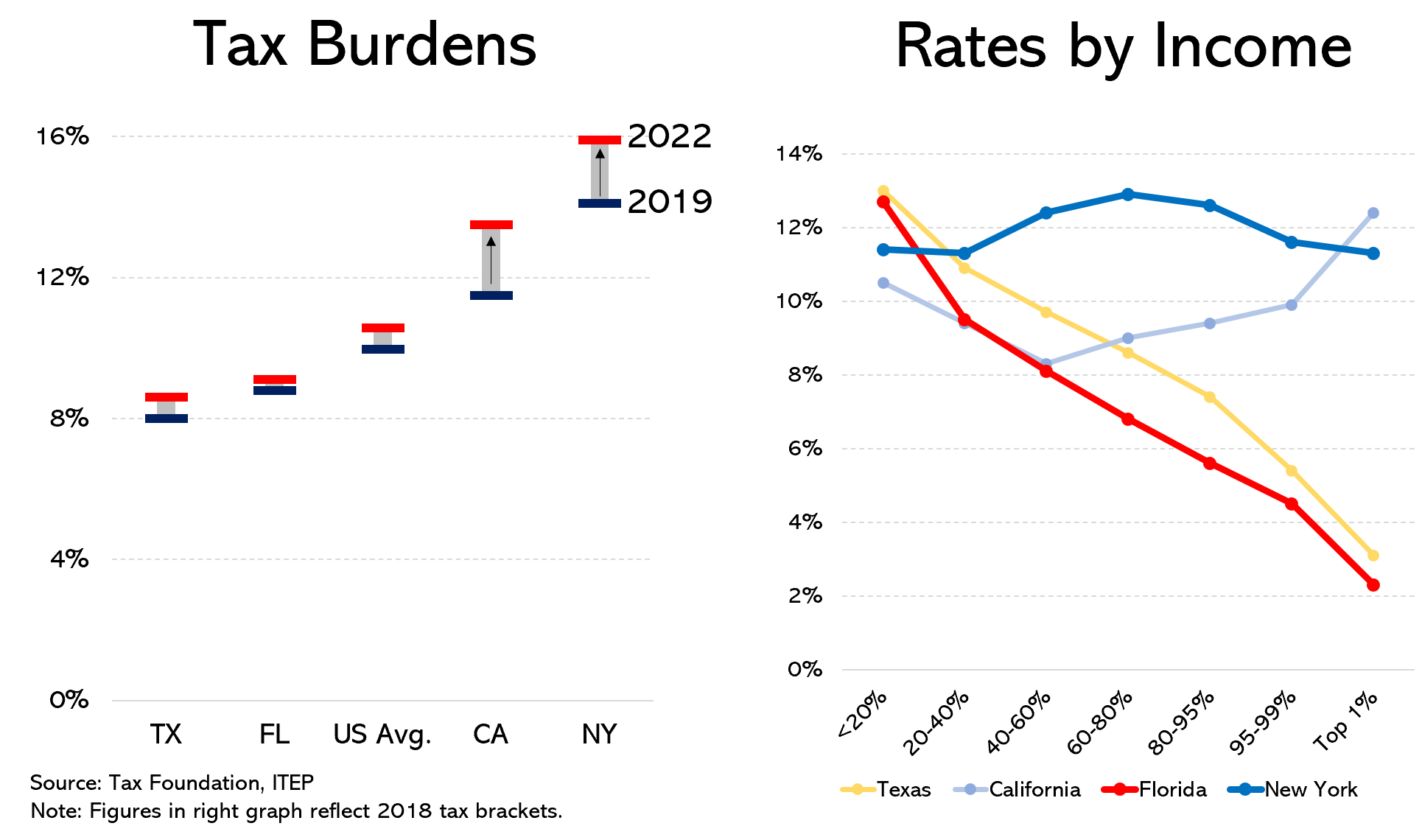 These demographic shifts are being fueled in part by taxes. Florida, Texas and six other states have no state income tax, although they do have sales taxes, property taxes and other levies. The overall tax burden of Florida and Texas remains low, 9.1% and 8.6% respectively Meanwhile, the “high-tax states” have increased their tax rates substantially just in the pasts three years. New York remains the highest-tax jurisdiction; 15.9% of residents’ incomes now goes to state and local taxes, the most of any state in the nation.

Here’s a stunning fact: While effective tax rates by income are roughly flat in New York and somewhat progressive in California, in Florida and Texas they are highly regressive. While there are no income taxes in the sunshine state,  about 13% of incomes of Floridians earning less than $20,000 goes to property, sales and other taxes. For the top 1%, that figure is 2.3%. 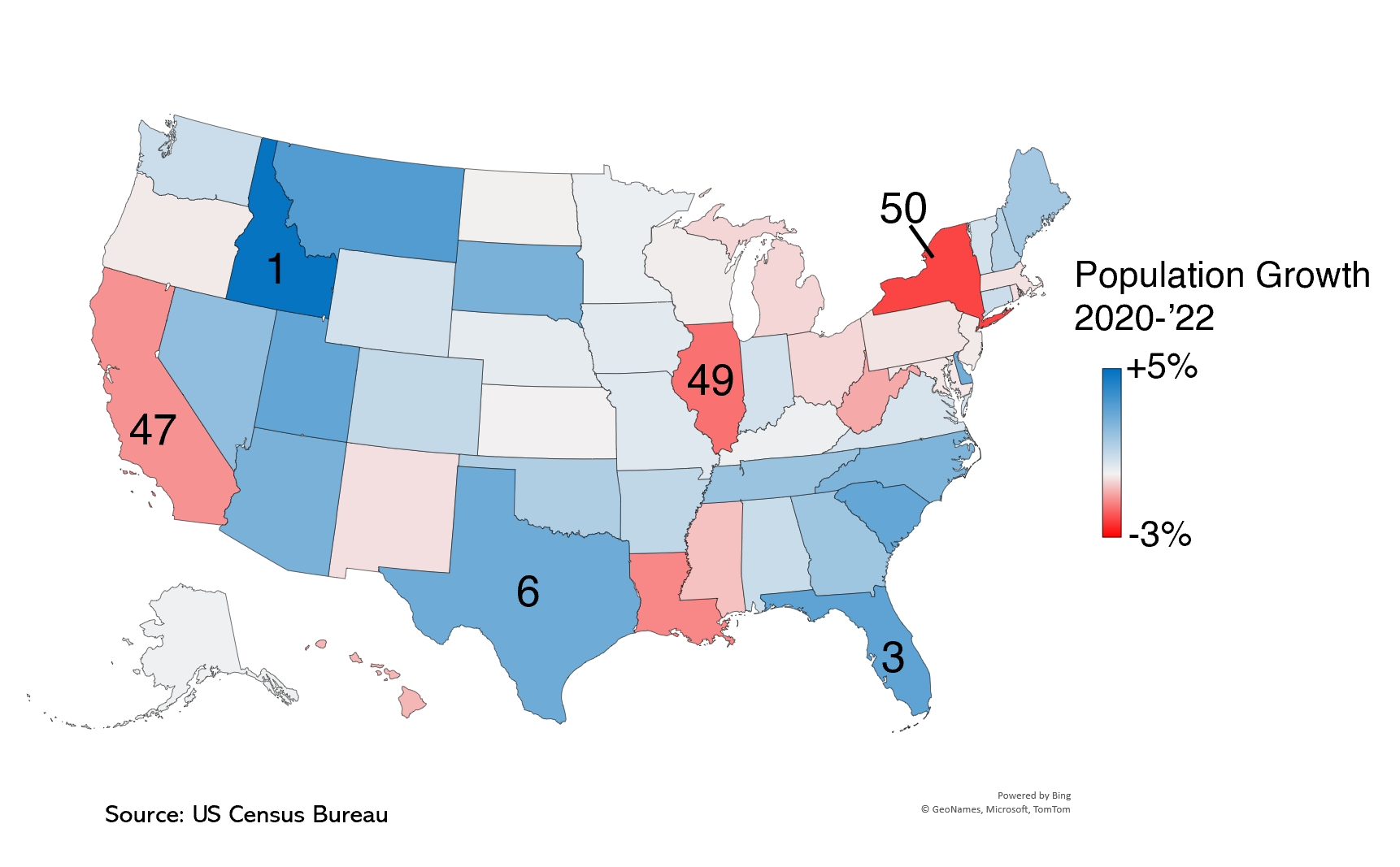 As noted, we don’t have tax data post-2020. But we do have census data. And it shows that Americans have continued to leave the high tax states in droves, with New York suffering the biggest population decline of all; a decline of 2.1% between 2020 and 2022. Illinois and California also lost significant population. Florida and Texas were winners (although, curiously, Idaho and Montana, were the biggest proportional gainers of all).