Yesterday’s Consumer Price Index report was almost entirely encouraging, welcome news to both the White House and the financial markets. 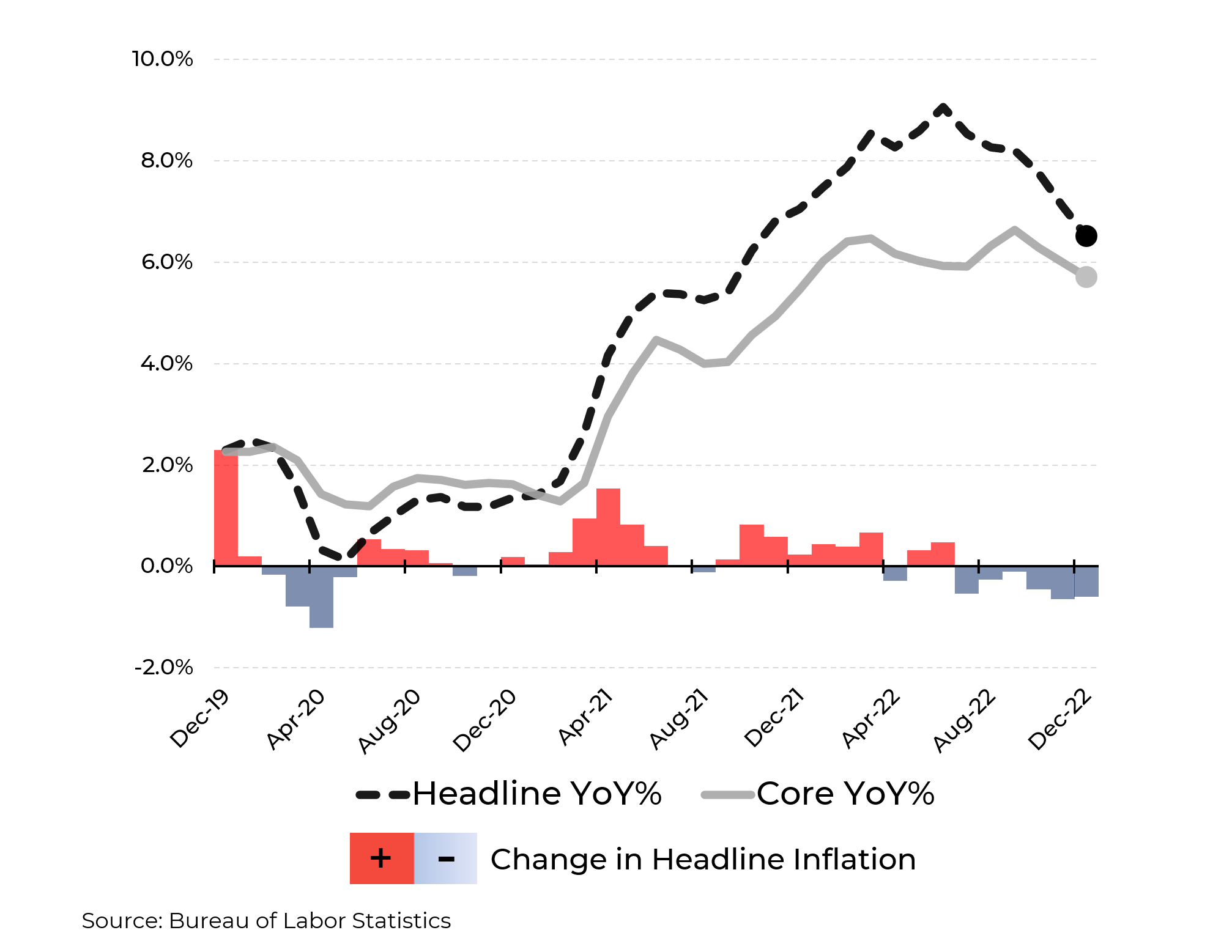 December became the sixth consecutive month to show lower overall inflation on a year-over-year basis, with prices 6.5% higher than a year earlier. On a month-to-month basis, prices notched their largest monthly decline (-0.1%) since May 2020. That good news was heavily driven by falling goods and, notably, energy prices; gasoline has dropped from a high of $5.00 in June to $3.27 at present. Food prices barely budged, their smallest increase since March 2021.

“Core inflation,” which excludes the volatile categories of food and energy, fell to 5.7% over the previous year, with monthly inflation at 0.3%. Excluding housing, which we will discuss, core prices also fell 0.1% month-to-month from November. 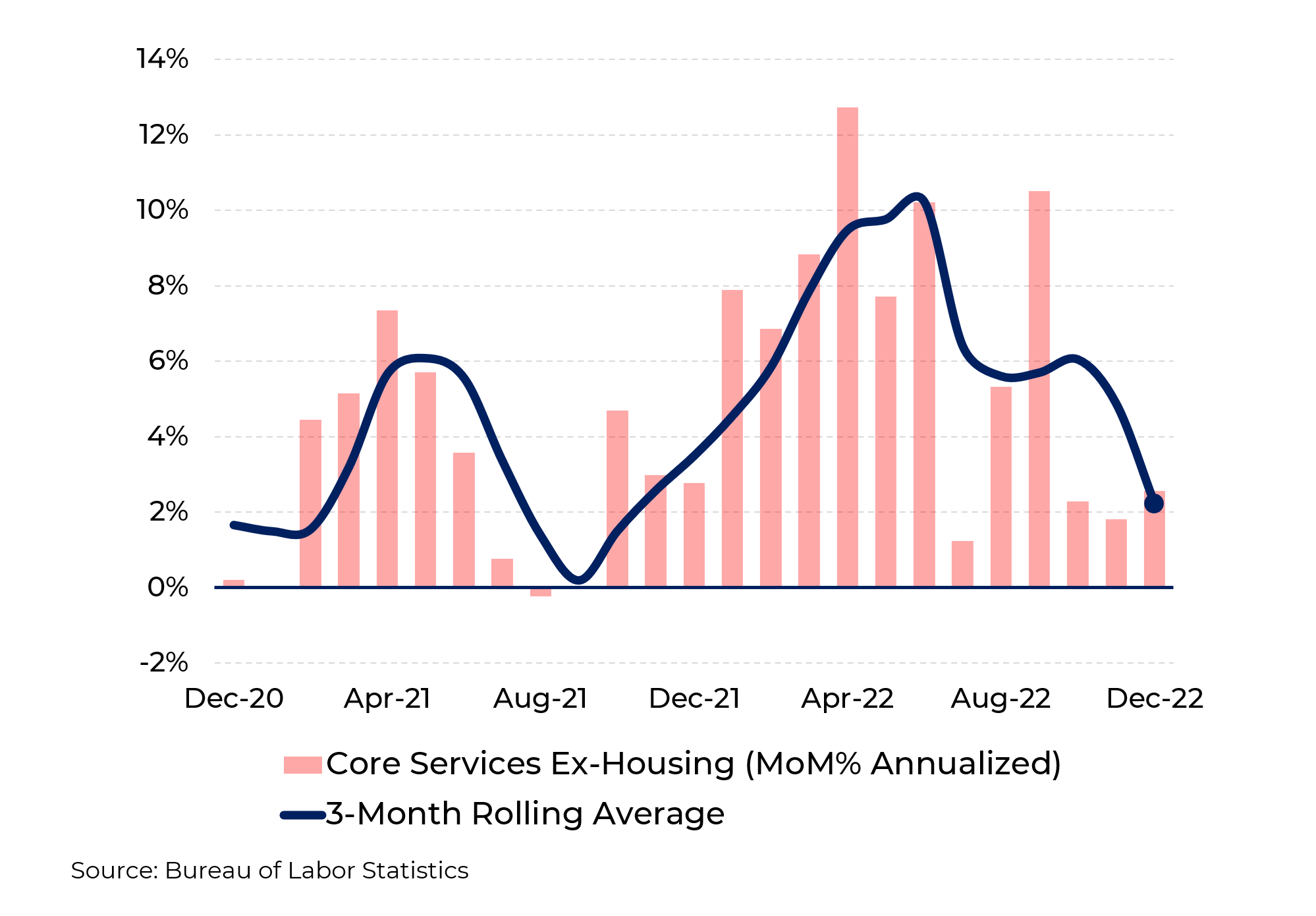 For its part, the Federal Reserve is most closely watching a slightly different metric: increases in services costs not including housing. Why? One reason is that goods prices have not only stopped rising, they have been falling in recent months. The cost of services, however, have continued to increase in large part because service prices are heavily driven by the cost of labor, which until recently, has been rising quickly. (The Fed also prefers to exclude housing because the methodology by which the CPI incorporates housing tends to produce large lags in how the cost of shelter is reflected.)

From a high of 10.2% in the second quarter of last year, core service inflation has dropped steadily, falling to just 2.2% annualized in the fourth quarter. 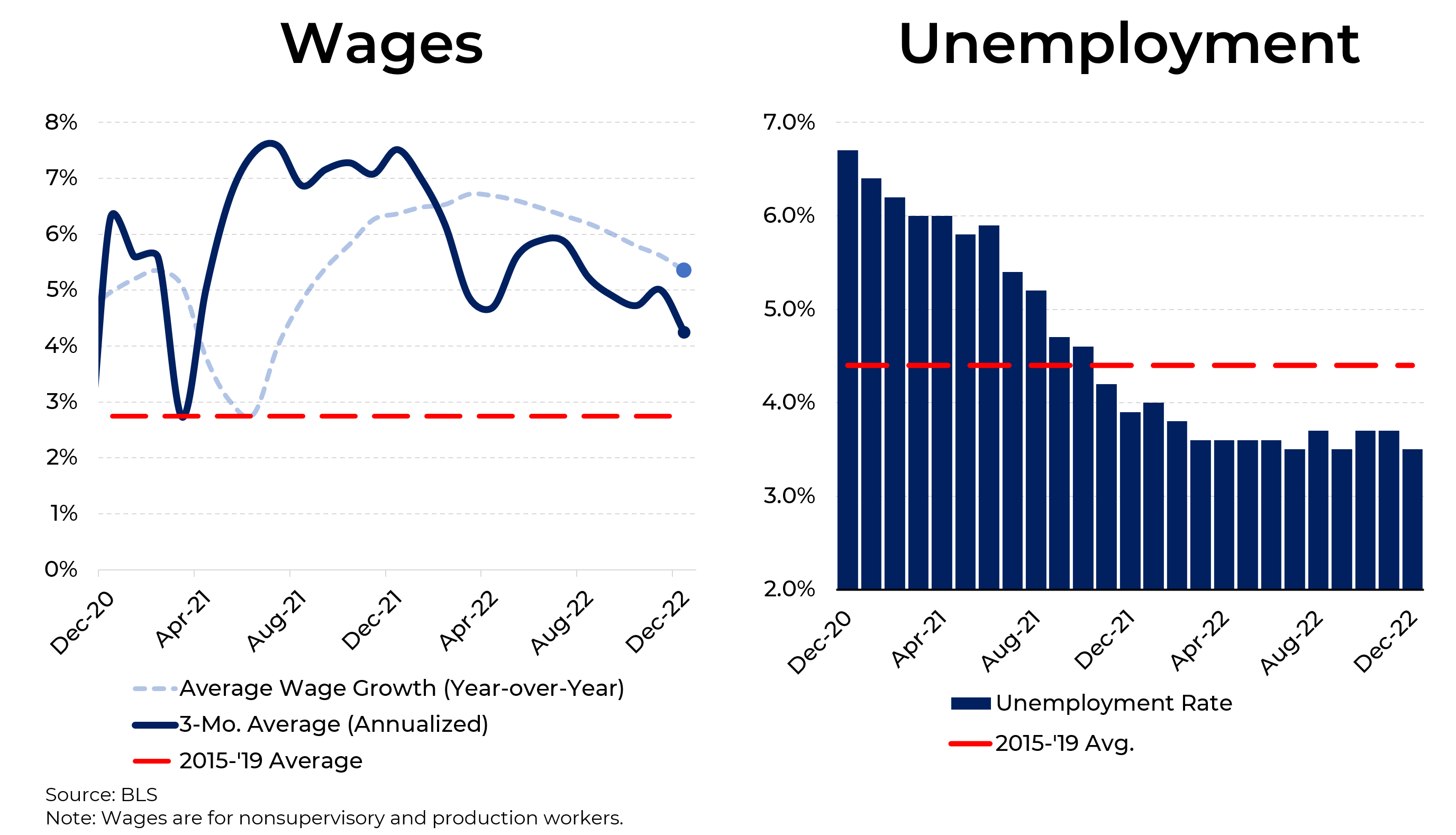 As the decline in the core service rate suggests, wage inflation has also been declining. Median wage growth in December was 6.2% compared to the prior year, down from a peak of 6.7% in the third quarter. On a month-to-month basis, average wage growth was down to 4.2% in December.

However, even these lower levels of wage increases remain substantially above the 2.8% pre-pandemic level. While we generally root for wages to increase, it is highly unlikely that inflation will fall to the Fed’s 2% target without wage growth returning to pre-pandemic levels. And that is unlikely to happen with unemployment at just 3.5%, the lowest since 1969. So paradoxically, for the Fed to pause its continued interest rate raises, we need for the currently tight labor market to loosen.