Amidst our many economic concerns – from inflation to a potential recession – there’s also some good news on the economy: Income inequality, while admittedly still at extraordinary levels, has begun to narrow. 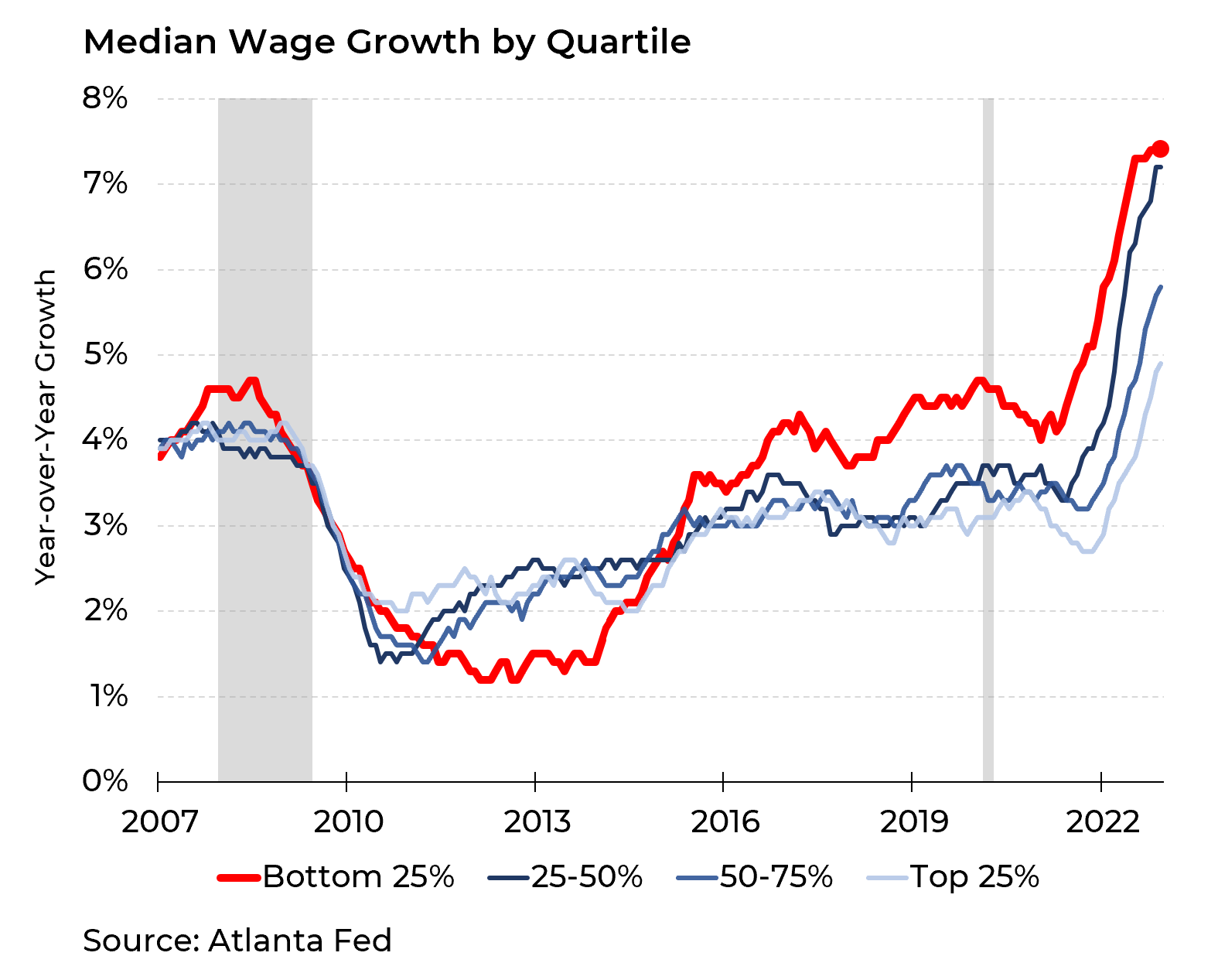 A meaningful part of the growth in income inequality took place following the financial crisis and ensuing recession when lingering high unemployment and slow economic growth held down wage increases for those at the bottom. The jobless rate, which was 5% in December 2007, peaked at 10% in October 2009 and didn’t reach 5% again until September 2015, an extraordinary 92 months later. But once we again approached full employment, those near the bottom began to catch up.

While the initial impact of the pandemic was negative for many Americans, particularly those near the bottom, as the vast amounts of federal stimulus took hold and the economy began to reopen, a shortage of workers – again, particularly at lower income levels – led to significant wage increases. Many entry-level jobs began to pay $15 or more per hour. The number of unemployed Americans per job opening, which averaged 3.3 between 2007 and 2015, is now at 0.57 – almost two jobs per job-seeker. 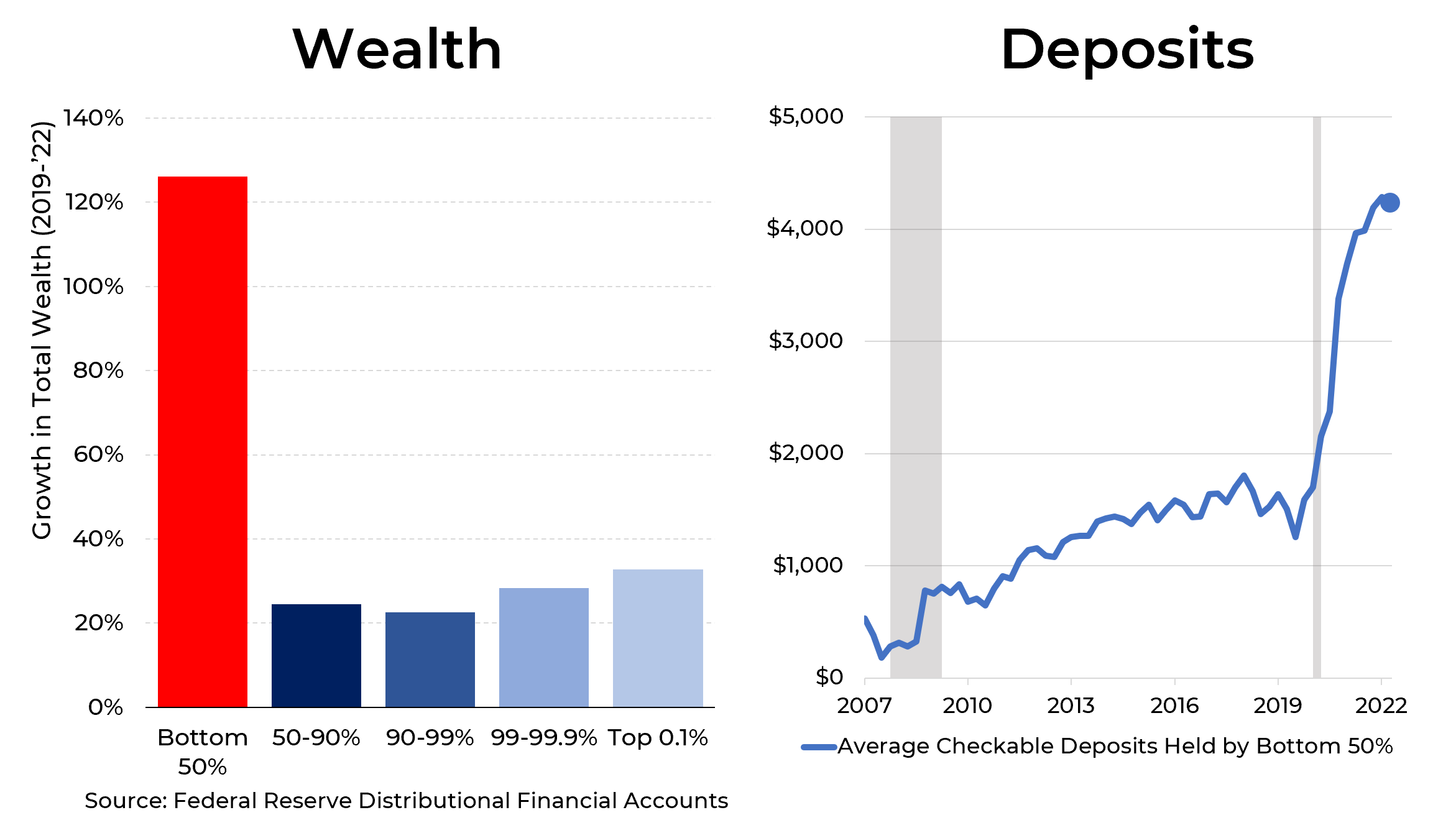 There’s also better news on the wealth front. In the last three years, the net worth of Americans in the bottom half has risen by 126%, a far larger percentage increase than that enjoyed by the top half (although, of course, the dollar amounts of wealth are still vastly greater for the more prosperous). Several factors accounted for this: As discussed, incomes rose. The rush to buy homes during the pandemic pushed up real estate values, which comprises the bulk of the wealth of the bottom half of Americans. (While overall real estate wealth has risen by 41% since September 2019, the total value of real estate held by the bottom 50% has risen by 75%). Lastly – but importantly –  the vast array of stimulus and unemployment programs allowed even less-wealthy Americans to add substantially to their bank accounts; average deposits among the bottom half rose from $1,200 in 2019 to $4,200 in 2022. 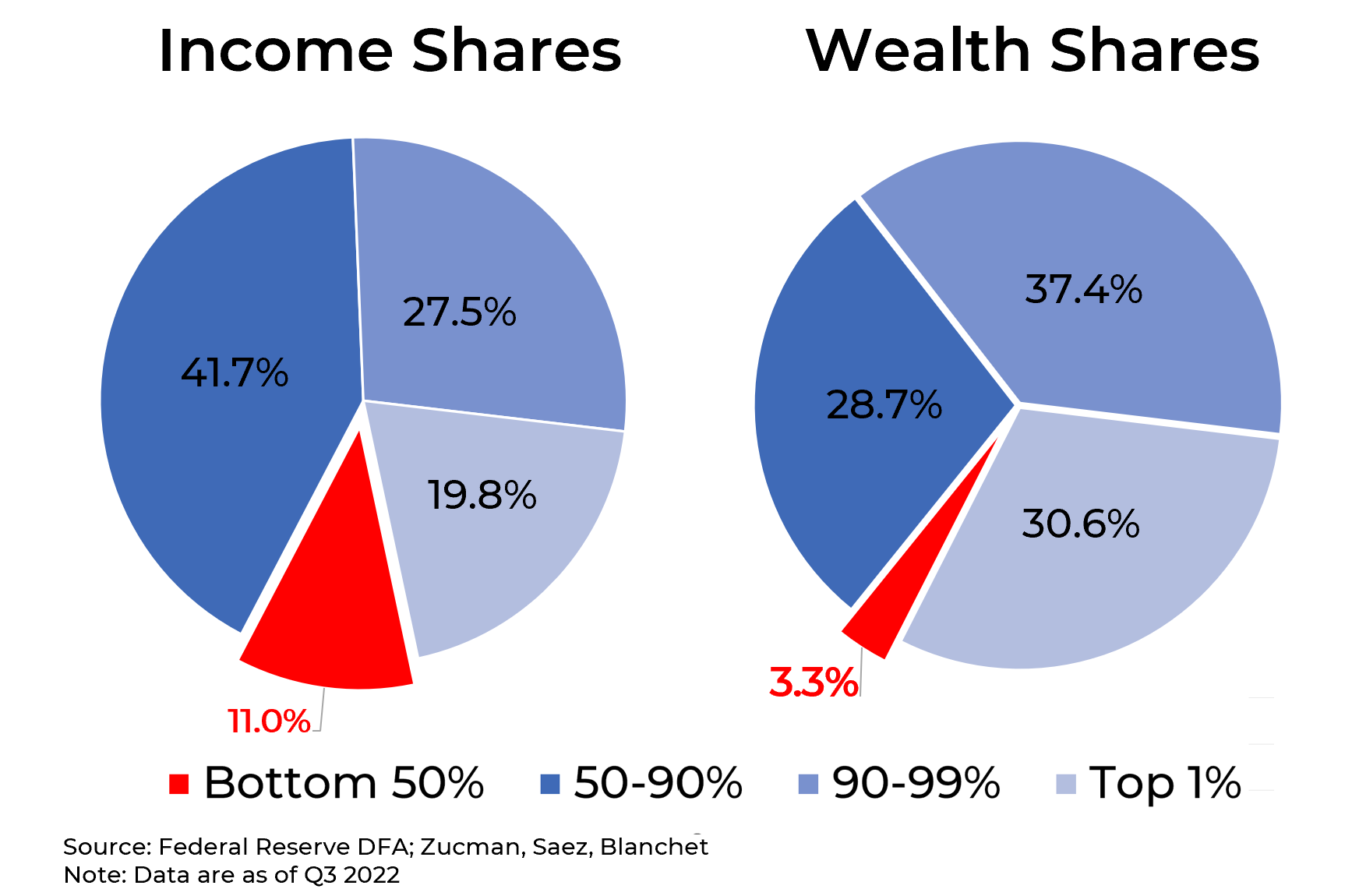 All that said, vast disparities in income and wealth remain. The bottom 50% of Americans receive only 11% of total income. Still, more disappointingly, they hold just 3.3% of the nation’s wealth, an average of $68,000 per household. But that’s up from 0.4% in mid-2011.